You are at:Home»Current in Fishers»Fishers Cover Stories»Family recipe: Taylor’s Bakery to celebrate 108 years 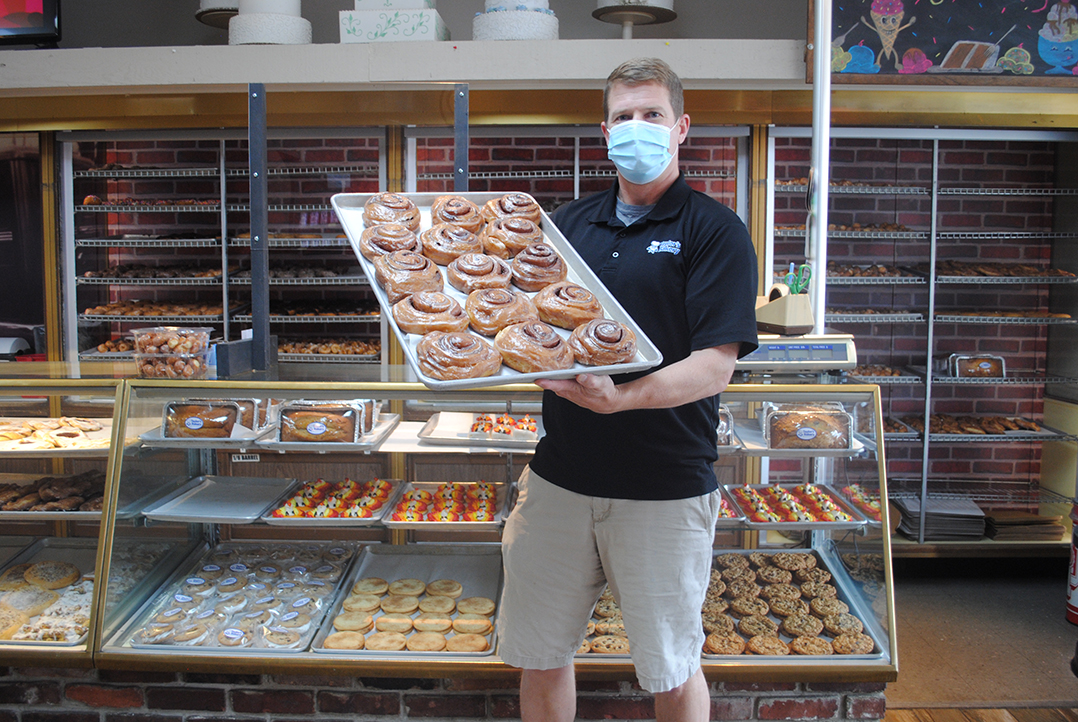 Talk about traditions and old family recipes. In February 2021, Taylor’s Bakery will celebrate 108 years of operation. It opened in 1913 at its Indianapolis location, 6216 Allisonville Rd. The Fishers location opened in 2003 at 8395 E. 116th St.

D.O. Taylor opened the original Taylor’s Bakery, and now more than a century later, his great grandson Drew Allen co-owns the business with his brother, Matt Allen. The siblings live in Fishers.

Allen has more of a history with Taylor’s Bakery than owning it for the last eight years. One of his first memories involves the bakery. His father was transporting a Taylor’s Bakery wedding cake to the wedding with his sons in tow.

“I think I was 7 and my brother was 5, approximately. For some reason, my dad had to have us,” Allen said. “So, I was in the front seat, my brother in back seat, and my brother flicked my ear, so I grabbed his hand and he’s leaning backwards, so I let go of him and he went right into a four-tier cake.”

Allen’s father brought the boys back to the bakery following the incident.

“He marched my brother back to a big sink and started hosing him down,” Allen said. “He put him in the sink and told the guys to start a cake, and they started making another cake.”

Allen said his father would deliver items four hours early in case of an emergency, and due to that, he arrived at the wedding 15 minutes before the ceremony with a brand-new cake. The Allen brothers stayed at the store with the sales manager.

Allen has many other fond memories of the bakery as well.

“A great memory is we had a guy named Harry Taylor. He was not related, but he was the truck driver for years and he would come in and recite ‘‘Twas the Night before Christmas,’ the long version,” Allen said. “We would stop sales for a minute, and the whole staff would come back. He did it 25 years straight.”

Like many businesses, Taylor’s Bakery has been negatively impacted by the COVID-19 pandemic. The shutdown in March was especially harmful.

“March was the worst time to shut down,” Allen said. “We lost St. Patrick’s Day, but we had everything made, and we had started on Easter. So, we missed Easter, graduation, Communion. It usually is our most profitable time of year.”

Taylor’s Bakery had already made 15,000 shamrock cookies when the shutdown happened.

“So, we put them in bags, took them out front and said, ‘Come get your free cookies,’” Allen said. “All got taken in probably an hour.”

Fortunately for the Allens, the business has rebounded, although customers are placing smaller orders. For example, instead of ordering a few dozen doughnuts for the office on the way to work, customers might only purchase two or three doughnuts, period.

“We are running the same amount of customers, but the average ticket is down a lot,” Allen said.

Christmas is the bakery’s busiest holiday, followed by Easter and Thanksgiving. Cakes are the best sellers during Christmas and Easter, and butter flake rolls are the biggest sellers at Thanksgiving, along with pies.

“They have not fallen into any wedding cakes,” Allen said. “We are going to prevent that.” 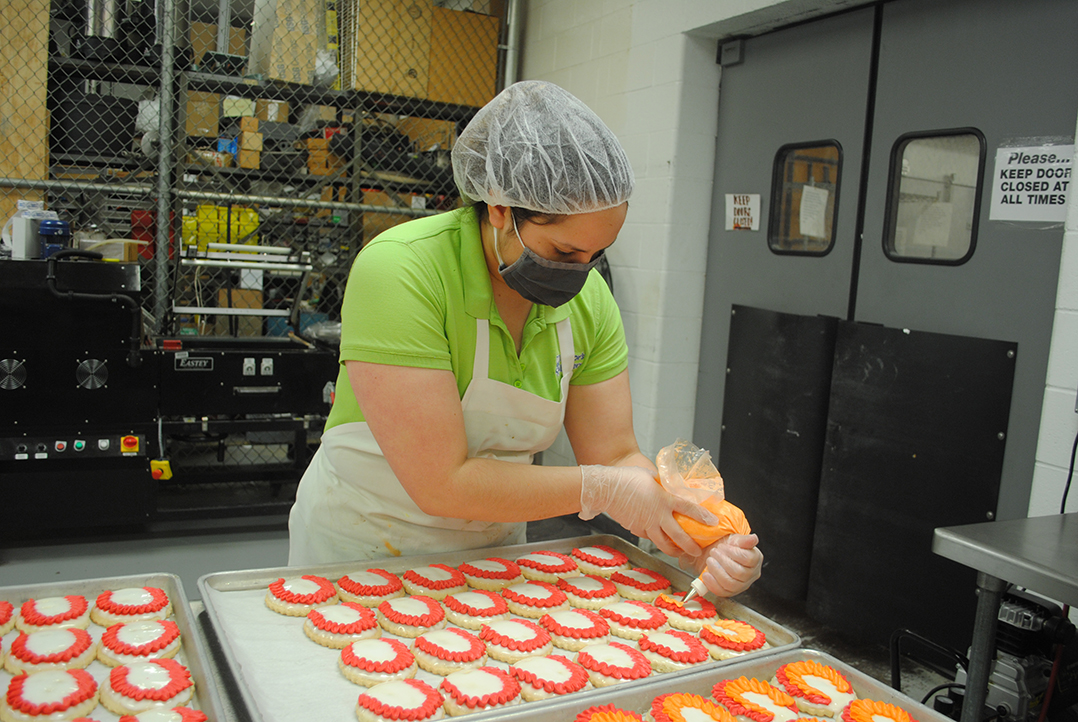 Pivoting during the pandemic

Although Taylor’s Bakery closed for 60 days during the shutdown in March, it still provided a paycheck for roughly 20 employees. Co-owner Drew Allen said the bakery took advantage of the closure and remodeled the Indianapolis location.

“We had probably a group of 20 employees, and our way of keeping a paycheck coming to them is we had them literally paint, clean, tear down mixers, rebuild, sand all the wood bench tables and oil them,” Allen said. “Just all sorts of basic maintenance, everything you want to do in a production facility but when you run 24 hours a day, you can’t.”

Taylor’s Bakery staff begin working in shifts at 2 a.m. The last shifts end at 1 a.m. the following morning, leaving only an hour where no staff are working in the facility. The bakery is closed Mondays and Sundays.

Taylor’s Bakery launched an online store during the pandemic that continues to operate. For more, visit https://taylorsbakery.bakesmart.com.