The effects of the coronavirus pandemic with more eLearning has had a physical effect on the younger population.

Along with Naramore, the weight management team program has two psychologists, two dietitians, a social worker and a pediatrician. 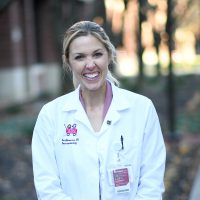 “We offer a multi-disciplinary treatment approach to obesity in children, making sure all of their medical issues are addressed. Any mental health conditions and any other social barriers to leading a healthy lifestyle are addressed, too,” Naramore said. “During COVID, there are many more barriers in place for some people, like being able to access healthy food choices. We have seen that kids are much more sedentary with eLearning. There are high rates of kids being on-screen with TV, phones, video games and added screen time with eLearning.”

Naramore said the weight management team is having to promote physical activity time during the day and making that part of the routine.

“It’s gotten a little better with kids being physically in school the last few months,” she said. “Initially, the kids’ schedules were so disrupted. When they are out of their routine, eating behaviors were off schedule. They were eating late at night and had access to food too easily around the house.

“There was more frequent snacking throughout the day.”

Naramore said the clinic is working on addressing the issues for a variety of family situations.

“We’re trying to develop a healthy meal schedule and introduce healthy eating habits on a budget,” she said. “It’s a little different for each family but (we’re) working on consistent patterns for everyone. We are trying to have a family centered approach that a child has to have a good support system and live in a healthy environment. It’s important parents are modeling those healthy behaviors.”

Naramore said children get referred to Riley by primary care doctors or other specialists.

“We’re trying to provide greater education around the state on obesity care, talking not only about treatment but prevention,” she said.

One suggestion Naramore makes is for children to drink more water and avoid sugary beverages.

“There is a lot of calories in soda, juice, energy drinks, Gatorade or Powerade. That’s often a place we’ll start first,” Naramore said. “They might get chocolate milk at after-school programs. We then try to increase fruit and vegetables.”

“Are kids eating because they’re really hungry, or are they bored or stressed? Whatever type of emotion (is) connected with that,” she said.

Naramore said the Riley team might talk about having an activity menu instead of eating. Another topic might be how to make healthy choices when eating out. 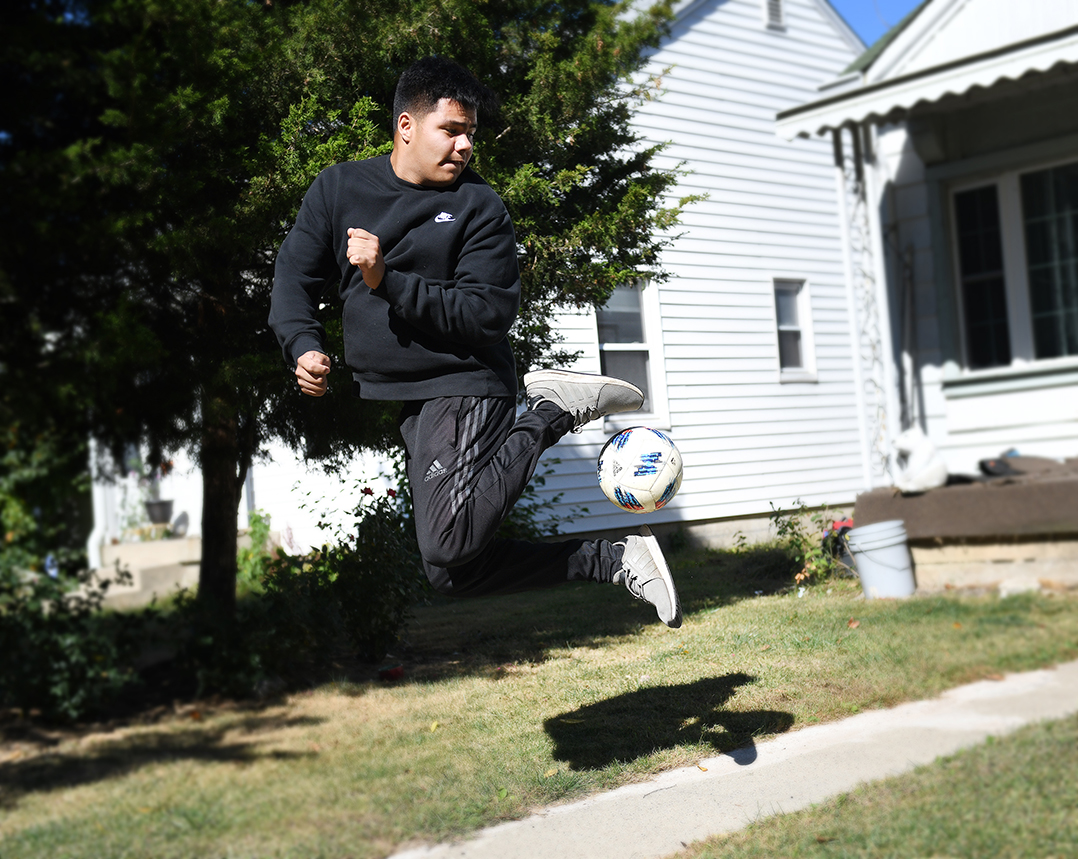 Cris Sanchez realized he started gaining weight during the COVID-19 pandemic, so he tried to be more active. (Photos courtesy of Riley Children’s Health)

Cris Sanchez, a senior at Irvington Prep Academy, realized during the quarantine earlier this year that he had put on weight.

“I started noticed I was getting (more of) a double chin than I used to have,” Sanchez said. “I thought, ‘Wait a second, something isn’t right here.’”

Sanchez said he had put on approximately 15 pounds when Irvington Prep shifted to online classes in March due to the pandemic.

Sanchez, 18, is one of Dr. Sara Naramore’s patients in the weight management program. He joined in January 2019 after being diagnosed as pre-diabetic and having a fatty liver, a buildup of fat in the cells that can lead to scarring of the liver.

Sanchez said Dr. Sara Naramore at Riley Hospital for Children gave him ideas for exercise after gaining weight the first few weeks when he didn’t leave the house.

“She said to go on a run or walk around the park, go play soccer with friends,” said Sanchez, who played soccer at Irvington his sophomore and junior year. “At first, I would just play soccer by myself, run around and try to stay active. She gave me tips on what to eat and what not to eat.”

Sanchez is still taking classes online and doing well in the weight management program. After working hard to lose the extra weight, the 5-foot-9 Sanchez is down to 189 pounds.

“He has a job digging cable, so it’s outside and very active,” said Sanchez’s mother, Maria, who works at Riley’s environmental services department. “He’s been really active and has been riding his bike.”

Maria and Cris’ father are diabetics and Maria has made changes in the portions and meals she serves since her son has been in the program.

“It’s scary to know your son has a fatty liver because I’ve lost my older sister and older brother to diabetes,” Maria said. “It’s a good path that we are on. I’m thankful for all the help Dr. Naramore has given us.”