You are at:Home»Current in Carmel»Carmel Cover Stories»A cautionary tale: After overdose deaths of family members, authors publish book about dangers of addiction

Longtime friends Lia Goens and Lori Nelson have two things in common they’d rather not share. 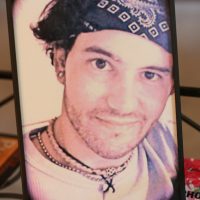 Both women lost young family members to addiction-related deaths within months of each other. Both young men were named Scott.

Nelson lost her son, Scott Sakson, in June 2016. The Carmel High School graduate was 28 years old. Months later, she discovered his journal, but because of the emotional pain, she was unable to do more than glance at it. So, she sent it to Goens.

After reading Sakson’s own account of his final years and convincing Nelson to read it, too, Goens and Nelson knew what they had to do to prevent other families from facing a similar tragedy. They needed to tell Sakson’s story. It’s what he wanted. In the journal they found an outline Sakson had made for an autobiography of sorts. 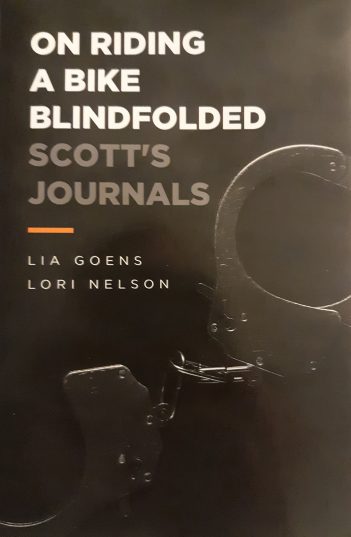 “On Riding a Bike Blindfolded was released in January, (Photo by Ann Marie Shambaugh)

Goens and Nelson published “On Riding a Bike Blindfolded: Scott’s Journals” in January. In it, Sakson chronicles his descent into heroin addiction, homelessness and time in jail. The 82-page book is sprinkled with tips for avoiding Sakson’s fate, which seemed to be improving when his life came to a sudden end.

Nelson said Goens — a retired English teacher — edited the journal for clarity and flow, and Nelson provided some of her memories and knowledge to help put the story into context. The end result provides an honest look at how a person can find themselves in an unthinkable situation that they’re trying desperately to escape.

Nelson knows the book isn’t a light read, but she believes it’s critically important. She doesn’t want any other parent to experience the anguish she feels to this day.

“From a mother’s point of view, it’s very hard to read about somebody’s child’s recovery. I’m resentful for the fact their child recovered and mine didn’t,” she said. “The whole thing people need to take from this book is to have those open discussions, watch out for the flags that kids are having struggles, stop the stigma and stop saying, ‘Not my kid.’”

By the time Sakson died, Nelson said she wasn’t naive about the possibility. Over the previous decade, she had watched her son go from dabbling with marijuana to huffing to more serious drugs. She spent nights searching for him under bridges and remembers watching her son’s arrest record continue to grow.

She tried to get help for Sakson, but it wasn’t easy. She remembers calling rehab facilities and being asked immediately what type of insurance Sakson had. Because he couldn’t hold a job, he usually didn’t have insurance, and the out-of-pocket cost was often prohibitive.

Sakson was in and out of jail, rehab and addiction programs, but in the spring of 2016, he decided to move to North Carolina for a fresh start with a former girlfriend. After a bit of a rocky start, he landed a steady job and an apartment. Life was finally beginning to improve.

But it was only weeks later that Nelson got the news she hoped she’d never receive.

“For whatever reason, he went out two days before his girlfriend was to get home and bought what he thought was heroin, but it wasn’t,” Nelson said. “He had enough fentanyl to kill 12 people in his system.”

Fentanyl is a synthetic opioid originally developed for pain management, but in recent years it has been illegally produced and become more commonly added to heroin or disguised as heroin, according to the U.S Drug Enforcement Administration. It has led to a spike in overdoses and deaths. 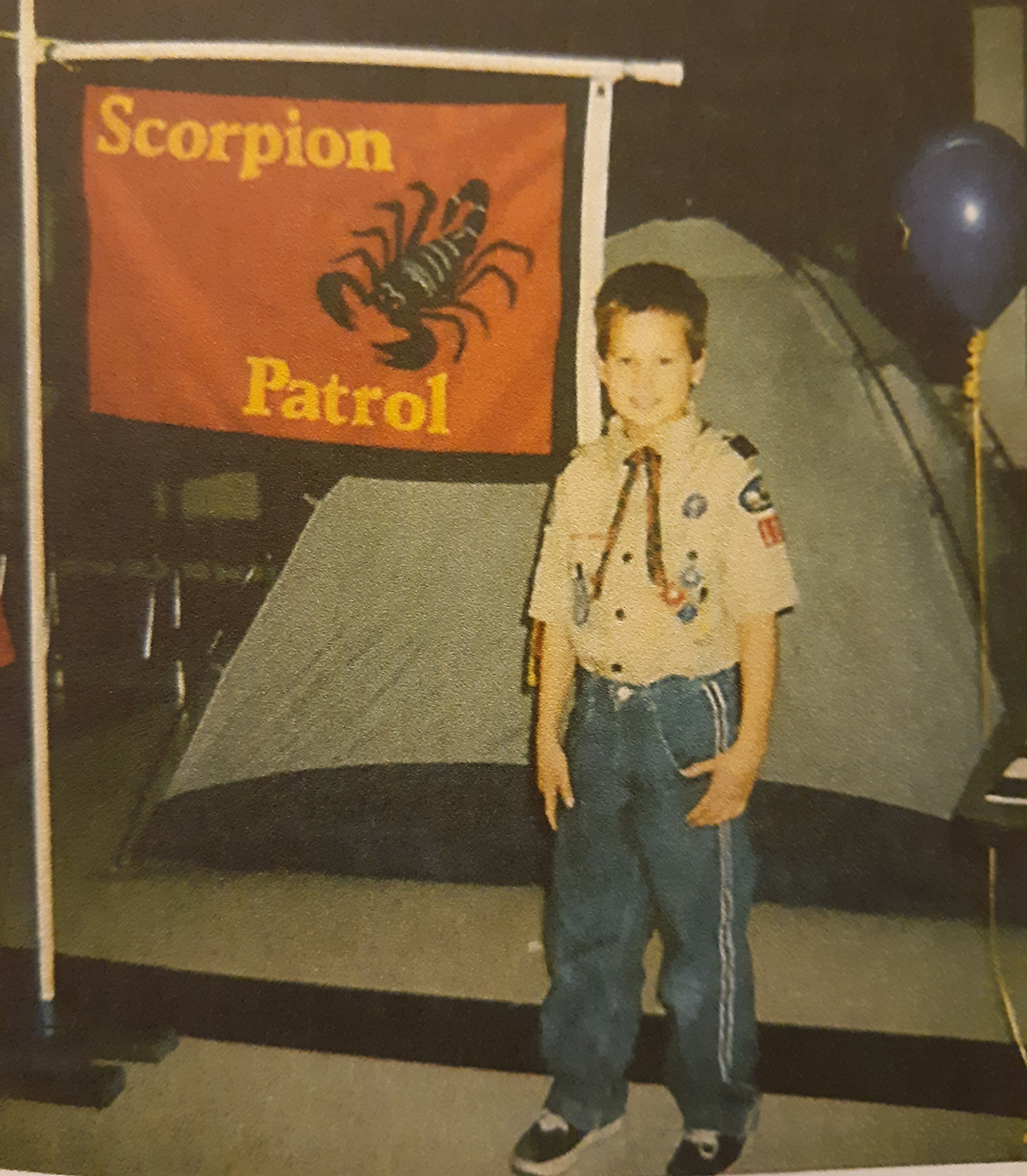 After Goen’s nephew died of an overdose just months after Sakson, she decided it was important to help families learn how to discuss difficult issues related to addiction. The Carmel resident’s aim for “On Riding a Bike Blindfolded” is to spur discussion among family members and small groups.

“I’m hoping that this story hits the parents really hard so that they realize that you don’t wait until kids are 15 years old (to talk about addiction),” Goens said. “They did it one night, and now you know that they’ve tried it, but that’s too late.”

The book is the second for Goens, who published “Praising God Through the Lively Arts” in 1999. She’s also written several plays for a church setting.

Nelson, a Pendleton resident, realizes the topic is difficult, but she hopes that doesn’t stop readers from listening to Sakson’s tragically prophetic message.

“When Lia started working on this, this was the one and only book about a person with a heroin addiction who had passed away. All the other ones were, ‘It’s wonderful. I’m in recovery,’” Nelson said. “Everybody wants the sunshine and unicorns, so it’s very hard to get people to want to read and discuss it because they don’t like the outcome.”

Learn more at facebook.com/scottsakson1988. The book is available for $16.95 on Amazon.com. 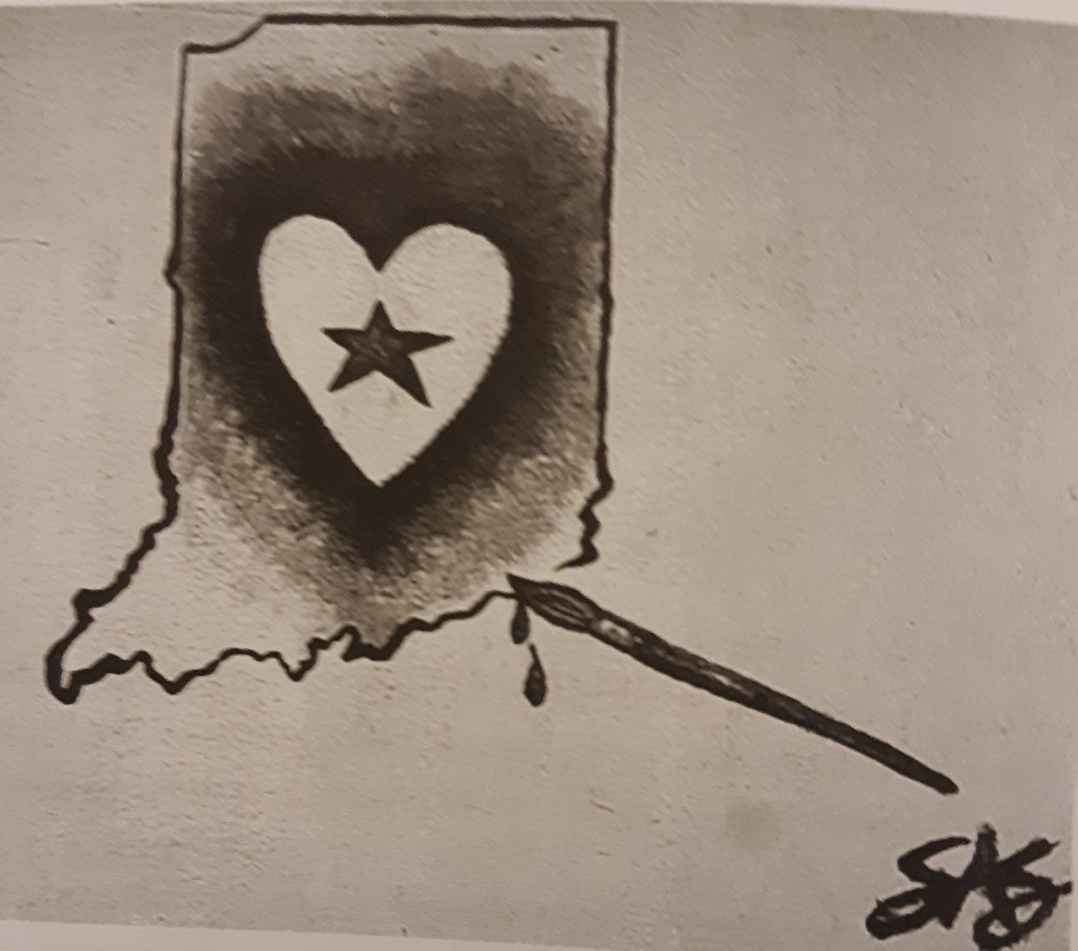 Some of Scott Sakson’s artwork has been featured on buildings in Indianapolis.