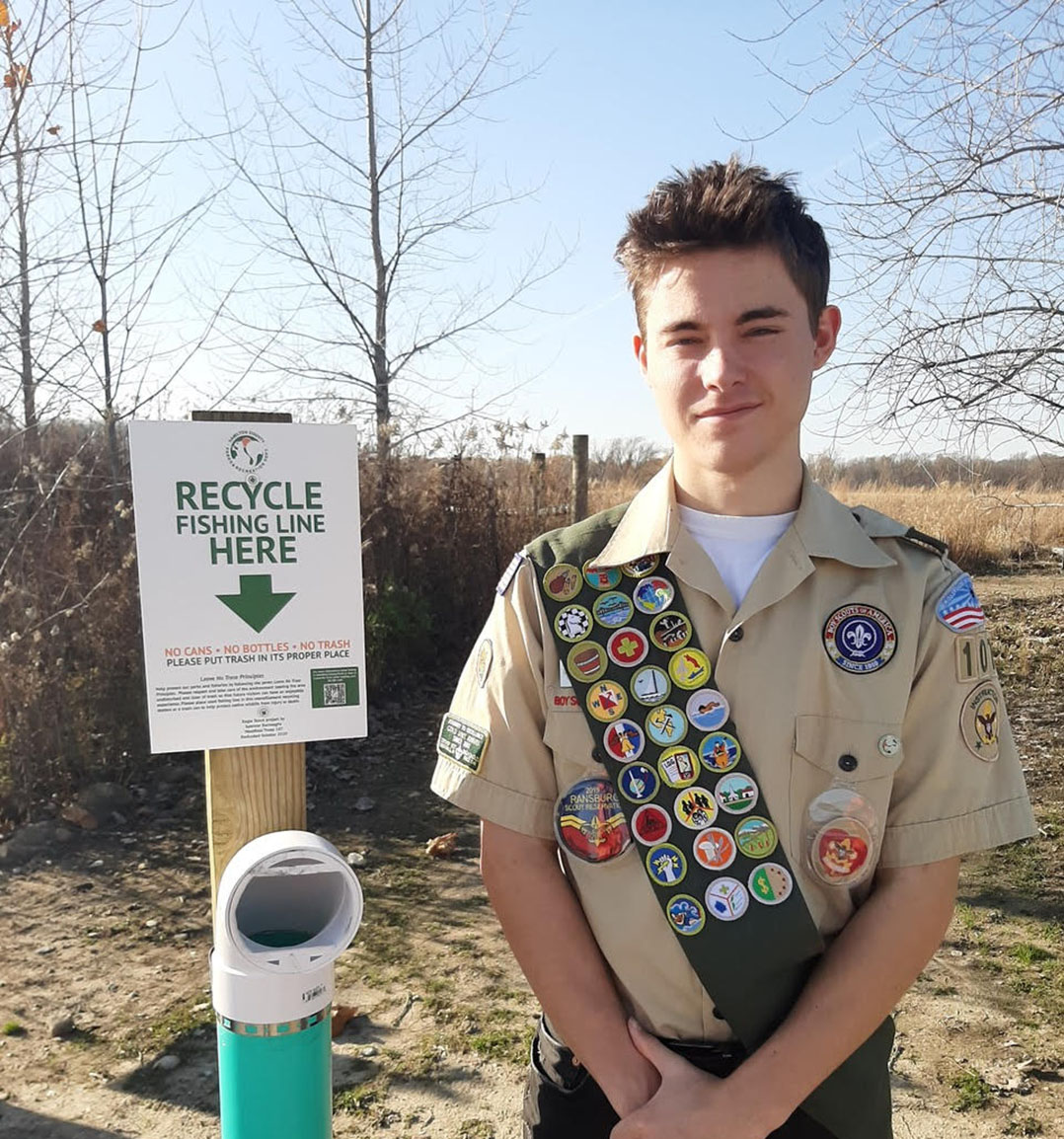 Spencer Burroughs stands in front of the fishing line recycling stations he created for his Eagle Scout project. (Submitted photo)

“I thought about two or three different projects and this one meant the most to me because I didn’t want to do a simple project like pulling weeds or make a bench,” Burroughs said. “I wanted to do something for the environment so I came up with a fishing line idea to help the wildlife.”

Burroughs, a member of Westfield Troop 107, contacted Hamilton County Parks and Recreation Dept. naturalist Zach McNulty to assist him in his efforts to lessen the amount of harmful trash and litter that finds its way into local waterways.

Burroughs invested 50 hours of research, planning and labor in the fabrication of four fishing line recycling containers at the newly opened Koteewi Lake in Strawtown Koteewi Park. Each of the containers had a sign above the bins on the posts that contained recycling information and the QR code that went directly to the Hamilton County Parks Dept. website. The website has information on recycling, fishing tips, a calendar of parks events and Leave No Trace Principles.

Burroughs said older and younger scouts helped him with the project.

“It’s been a goal for a long time,” Burroughs said of the Eagle Scout award. “I’ve been told that it’s important and I should strive to get it.”

Burroughs had been in Scouting for more than 10 years. His father, Doug Burroughs, from Angola, earned Eagle Scout honor at age 16.

“I have two younger cousins of mine that are also Eagle Scouts,” said Doug, who is an assistant Scoutmaster.

Doug said there were different parts of the project, which made it fairly unusual.

“One was the physical part of installing the posts, the signs and the recycle bins,” Doug said.

Doug said his son then took a fishing instructor workshop and then helped McNulty by co-teaching a learn to fish workshop. He also helped developed the QR concept that Hamilton County Parks wants to duplicate at other parks.