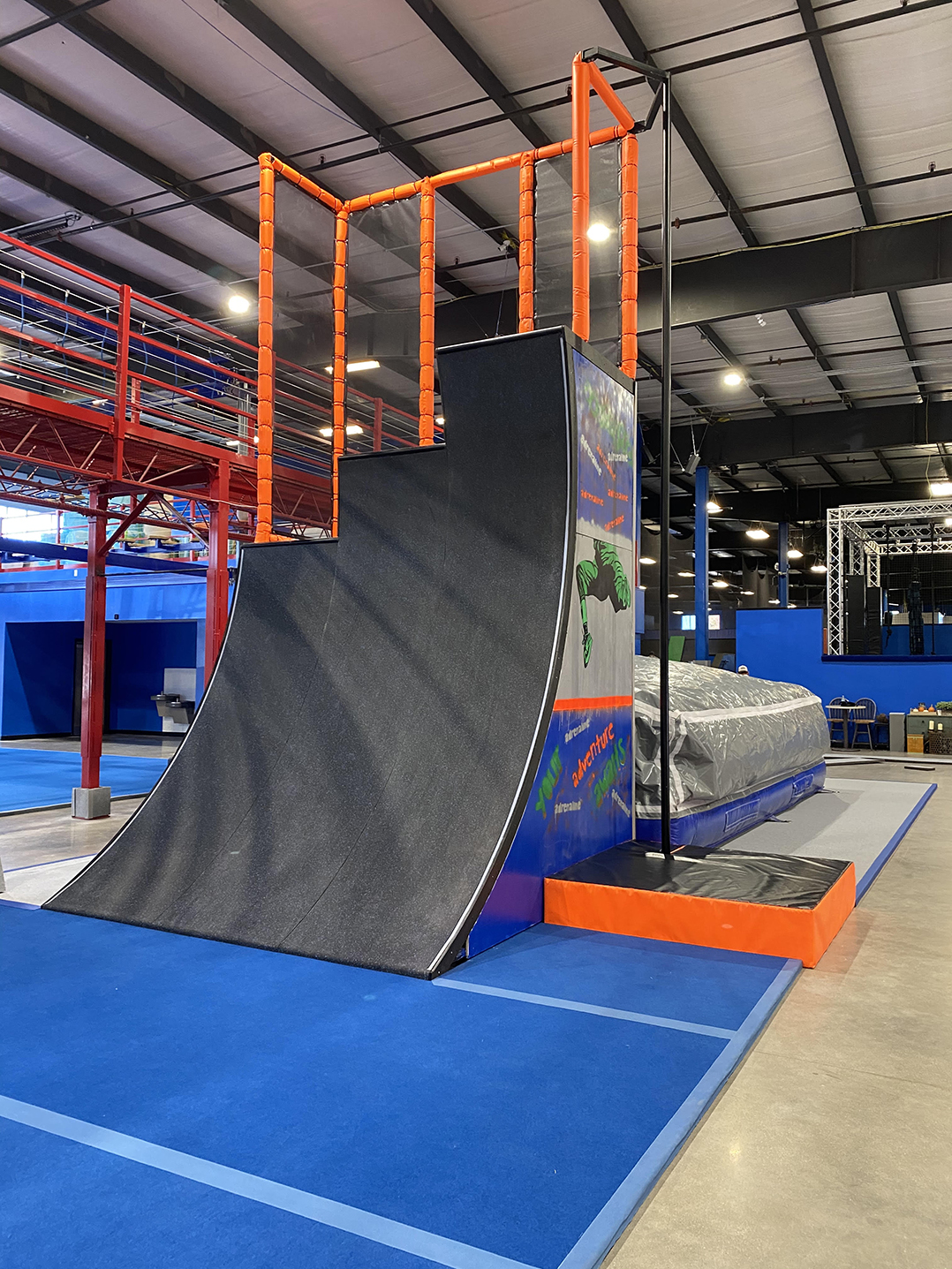 Families now have a new place for entertainment and for their children to burn off some energy.

McNulty also is the founder of Mustard Seed of Central Indiana, a Fishers-based nonprofit which provides furniture for those in need.

McClary, a Fishers resident, joined the team because she had experience opening a SkyZone franchise in Florida.

“I love the idea of active fun for families and children. I have two boys of my own,” McClary said. “I have a degree in occupational therapy and worked in schools for a long time, and play is important to peoples’ lives. There aren’t a lot of places other than these facilities to go as a parent and have fun and be active with their kids.”

In March, SkyZone closed in Fishers, and Adrenaline Family Adventure Park ownership saw its opportunity. It was previously planned to open in the building next to SkyZone, which was formerly an indoor training facility. But when SkyZone closed, Adrenaline ownership decided to combine the two spaces. Now, there’s more than 50,000 square feet for the adventure park.

Adrenaline Family Adventure Park opened in the SkyZone side of the building in July. It added new attractions and removed the wall between the two buildings and opened the larger space Oct. 10.

In addition to offering activities for families, 10 percent of Adrenaline Adventure Park support Mustard Seed and other local charities.

Adrenaline Family Adventure Park is at 10080 E. 121st St., Suite 182, Fishers. Activities include trampolines, a climbing wall and jousting. It also has a ropes course and an all-sports course, among other features. For more, visit adrenalinefishers.com.