You are at:Home»Current in Noblesville»Noblesville Community»Mended Hearts offers support during pandemic

Linda Mason was feeling exhausted from working and taking care of her mother and her stepdad, who had lung cancer.

So, she went to the doctor for a baseline electrocardiogram at age 48. 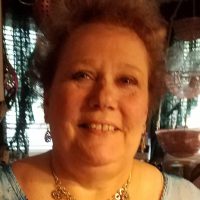 “He said, ‘You have problems’ and sent me to a cardiologist,” she said. “When I was 51 in 2003, I had my first device put in, which is called a biventricular pacemaker and defibrillator. I am 100 percent paced. If it stops, then eventually I’ll stop. I’m on my fourth one and will have to have another one next year. We had no support group that was in our area in 2003. This group didn’t start until 2008, and at that time I was taking care of my fiancé who had metastatic melanoma.

“After he died, I was just kind of lost. Cardiac Rehab of Riverview encouraged me to go to a (Mended Hearts) meeting. I did and I’ve been a member ever since.”

Mason, the assistant regional director for the Central Region, puts out the newsletter for Hamilton County’s Mended Hearts Chapter 350.

Mason, a 69-year-old Atlanta, Ind., resident, said the group usually meets at Riverview Health in Noblesville on the third Wednesday of every month. However, the organization hasn’t met in person since February due to the COVID-19 pandemic. The group is trying to meet on Zoom. Six people attended the October meeting. The figure increased to nine Nov. 18. So, Mended Hearts chapter plans to hold another virtual meeting at 11:30 a.m. Dec. 16.

Mended Hearts’ stated mission is “to inspire hope and improve the quality of life for heart patients and their families through ongoing peer-to-peer support, education and advocacy.”

Hamilton County’s chapter isn’t the only one struggling with virtual meeting attendance.

“The Circle City chapter on the south side of Indianapolis had 15 at their first meeting. The second one they had 11, and the third one was seven,” Mason said. “The people I see in our program want to see people in person and be able to talk to them face to face. That’s the problem we’re facing.”

Mason said most of the club’s members are seniors and many don’t have a computer or an email address.

The meetings normally draw 40 to 45 people, sometimes more with a special speaker because the meetings are open to the public.

“We bought some defibrillators and donated them to nonprofit organizations,” Mason said. “We also encourage people to get the $49 heart scan. If they do that and give us the receipt, we’ll reimburse them because insurance doesn’t cover it.”