You are at:Home»Hamilton County»Fishers man starts GoFundMe for Humane Society 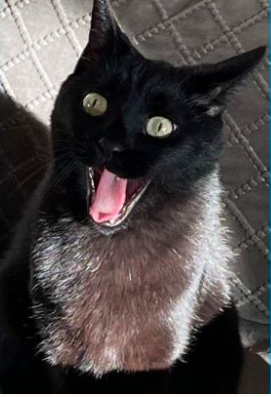 Stanley the cat is the face of the GoFundMe fundraiser. (Submitted photo)

Fishers resident and entrepreneur Steve Cage may have donated $4 million for the construction of the new Humane Society for Hamilton County in Fishers, but his contributions to the agency aren’t over yet.

Cage recently launched a GoFundMe to raise money for the HSHC as the COVID-19 pandemic caused the cancellation of one of its fundraising events earlier this year. The GoFundMe, called Friends of Steve Fundraiser for Humane Society, was launched in October. Since its launch, it has raised more than $14,000 for the Humane Society.

The fundraiser started with Cage’s group of pickleball-loving friends. The friends meet at Cage Campus, a pickleball facility owned by Cage. Cage asked the players to donate money to the Humane Society. The ask then turned into a GoFundMe.

“We have pickleball players come in, people we invite in, and when they come and play, we ask for a yearly donation to go to the animal shelter, and it’s well-received by the players,” Cage said.

The members donate money to the Humane Society instead of paying membership fees. Last year, the donations yielded approximately $10,000. This year, Cage hopes to raise $25,000 to go toward construction of the HSHC’s new facility, which is currently under construction at 106th Street and Hague Road with an estimated completion date of summer 2021.

“Let’s raise some money to get this great facility up and going,” Cage said.
The face of the fundraiser is Cage’s black cat Stanley, who was adopted from an animal shelter in 2012. For more or to donate, visit gofundme.com/f/friends-of-steve-hshc.