You are at:Home»Current in Carmel»Carmel Community»Carmel could make it easier for police to enforce city’s noise ordinance

The Carmel City Council is taking a look at making its noise ordinance easier for police to enforce.

To write a citation, the current noise ordinance requires officers to show that noises have been above a permitted level for a certain amount of time within a broader period of time. It can require them to remain stationary for up to 20 minutes checking volume levels.

The amendment simplifies enforcement by prohibiting amplified sounds — such as from a loudspeaker or radio — that can be heard from 50 feet away on public property or from the property line of private property between 11 p.m. and 7 a.m.

“(Officers) can just know the sound is generated from one of these amplifying devices and it is an automatic violation,” Legge said. “It is a very quick manner in which they can know there is a violation and go head and cite that violation.” 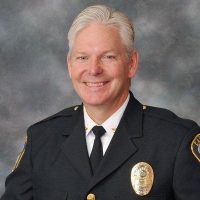 “Anything we can do to simplify the whole process and make it consistent would be helpful,” he said.

The review of the noise ordinance was prompted by frequent complaints about The GOAT, a tavern that opened in mid-August adjacent to homes and apartments. Some of the other minor amendments are in response to a dispute between the City of Carmel and Lucas Estate, a matter pending in court.

Since the noise ordinance amendment was proposed, the city reached a deal with owners of The GOAT that allows the tavern to remain open in the evening only if it follows a strict set of commitments. Those commitments are expected to eliminate most of the noise complaints, so council member Jeff Worrell recommended the noise ordinance remain in committee for more work instead of being sent to the city council for a vote.

“I believe that issue (regarding the tavern) has been moderated for now, so I think it’s important we take the time to look at this carefully,” Worrell said.

Additional updates proposed include shortening the lengths of time officers must listen for noise violations.