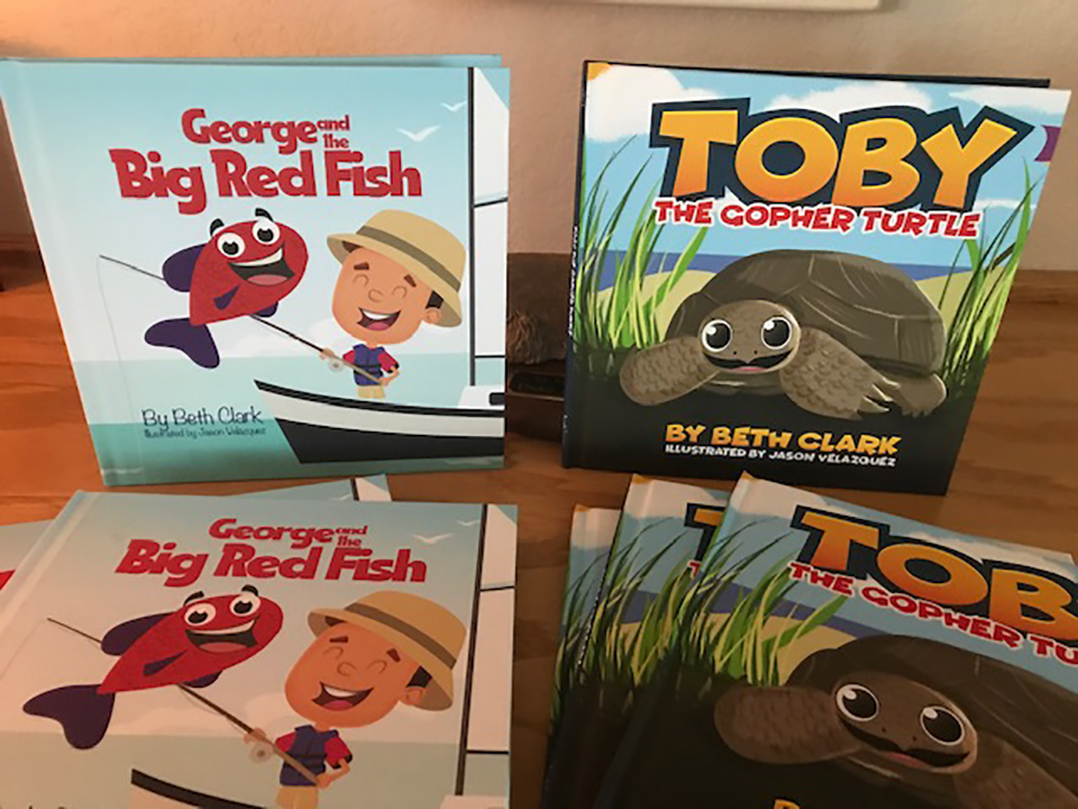 Beth Clark had never intended to be an author. But as she approached age 89, she had two books published in 2020.

A Carmel High School business teacher from 1969 to 1989, Clark’s first children’s book, “Toby The Gopher Turtle,” was released in August 2020. Her second book, “George and the Big Red Fish,” was released in November 2020. She worked on the first book for a few years before finding the right publishing format and illustrator. 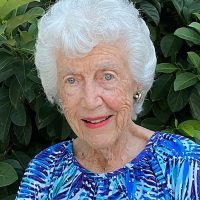 “I was on the beach and saw this turtle working going toward the water,” said Clark, who moved with her late husband, Percy, to the southern part of Georgia in 1993. “I knew it wasn’t a sea turtle. I had heard of gopher turtles and I knew they couldn’t swim.”

Clark put the turtle back in the dunes, but it started back toward the water. She went home and did some research and found out that gopher turtles are amazing creatures.

“They are an important part of our ecosystem because they dig those burrows,” said Clark, adding that many animals depend on the burrows shelter. “As soon as the gopher turtle grows, he has to get a bigger hole.”

Clark said she wanted to help children learn about the turtles and educate parents as well.

She is working on another book about Toby going visiting a cousin on land. The book will be aimed at older children.

The idea for “George and the Big Red Fish” came from a story her 8-year-old great-grandson, George Wilson, was relaying to her after she saw a photo of George catching a red fish.

Clark decided it would be a good subject for a book.

“I had his grandmother ask him questions about where he was going, what he was doing, and he wrote them down,” she said. “When I got it back, I was amazed. All I had to do was type out what that child had said.”

Her great-grandson is named for Clark’s son, George Clark, a 1972 CHS graduate who died in 2001. Her daughter, Cindy Gullett, graduated from CHS in 1974, and her younger son, Paul Clark, is a 1982 CHS graduate.

Clark was still serving as the Sunday school teacher for the 3- and 4-year-olds at her church until the COVID-19 pandemic began.

“The only thing I hated about leaving Carmel was leaving my students because they had already started coming in to see me when they came back from college, and I kept up with so many of them for years,” Clark said.

The books are available on amazon.com.