You are at:Home»Current in Carmel»Carmel Community»Police arrest 4, seek another suspect in Carmel CVS robbery 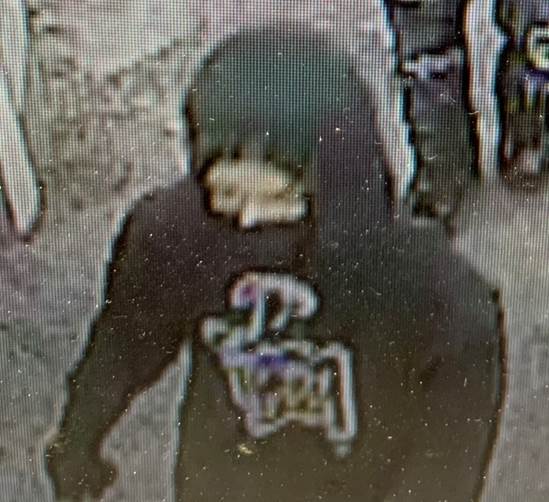 Carmel police are seeking assistance locating a suspect allegedly involved in a robbery at CVS on Range Line Road who fled the scene of a car crash after a police pursuit. (Submitted photo)

Four suspects are in custody and one remains at-large after a robbery reported at 1:17 a.m. Jan. 6 at the Carmel CVS at 1421 S. Range Line Rd.

After being dispatched to CVS for a robbery in progress, police said they observed a vehicle fleeing the scene. Officers pursued the vehicle until it crashed at 116th Street and Woodland Drive.

Police said they arrested three suspects at the crash scene and that two additional suspects fled on foot. A Fishers Police Dept. K9 unit helped locate one of the suspects a short time later. Police used a K9 and drone to attempt to locate the other suspect, but their efforts were unsuccessful.

Police recovered multiple guns while taking the suspects into custody. They do not know if the at-large suspect is armed.

Three of the suspects are juveniles and are facing robbery of a pharmacy, fleeing law enforcement and other charges. Alleick-Zander Coleman, 18, of Indianapolis has been charged with robbery of a pharmacy, theft, fleeing law enforcement and leaving the scene of an accident. He also had a warrant in Marion County for battery and pointing a firearm.

A CVS employee was injured during the robbery and treated at the scene, police said.

Anyone with information about the incident is asked to contact the Carmel Police Dept. at 317-571-2500.