You are at:Home»Current in Zionsville»Zionsville Cover Stories»Preventing a ‘snowball effect’: How Boone County prevailed against the ‘dark store theory’

On New Year’s Eve, Boone County officials were notified the county had won a legal battle that began in 2018 against Meijer Stores Limited Partnerships, which officials hope will establish precedent to end the practice of what is colloquially known as the “dark store theory” in Indiana.

The legal battle determined the store’s property value, which in turn determines the store’s property taxes. County officials say the company attempted to use a method of appraising retail stores that would lower its property value and, therefore, its property taxes, burdening taxpayers. Meijer representatives argued during the legal battle the company was implementing “generally accepted appraisal practices,” according to a court document.

County officials said it has become common practice for retailers such as Meijer to use the dark store theory to determine a store’s property valuation. The theory holds that a retail store’s value should be derived from the sale value of purportedly comparable stores that have previously sold. The purportedly comparable stores can be vacant “dark stores” that are no longer operating when sold. The Whitestown store has never been closed.

County officials said Meijer had never previously lost a case in Indiana in which it employed the theory as a way of appraising one of its stores. Meijer officials did not respond to a request for comment.

County officials argue the dark store approach doesn’t accurately reflect an operating store’s value and is a legal loophole, saying companies have used it to avoid paying appropriate property taxes, which forces counties to operate with decreased tax revenues and/or services. Should they want the same tax revenue, counties would have to raise taxes, county officials said, adding that they feared a ruling in Meijer’s favor would further establish the dark store practice and other businesses would follow suit.

“If you play that out, if they are able to keep this snowball effect going with this dark box theory, what’s to stop a warehouse owner from comparing their alive and running business to an empty warehouse that’s been vacant for years, or a factory to a factory that’s vacant?” Boone County Council Vice President Elise Nieshalla said. “It just had to be stopped. It’s an unacceptable methodology for determining property value.”

Meijer constructed the store at 6650 Whitestown Pkwy. in 2014. The county assessed the store, giving it valuations of $9,521,400 in 2014 and $11,878,900 each of the next three years, according to a court document. Meijer appealed the valuations, claiming they were too much, to the Boone County Property Tax Assessment Board of Appeals and then to the Indiana Board of Tax Review.

In 2018, the Indiana Board of Tax Review conducted an administrative hearing regarding the four assessed years. Meijer and the county presented evidence to the board pertaining only to the store’s 2016 assessed value, as agreed upon by the two parties. The remaining years were to be calculated based on the board’s findings of that year)\.

Lawrence Allen, an assessor representing Meijer, presented a sales-comparison-approach appraisal to the board, calling it the best way to appraise the store, which drew on sales of eight purportedly comparable properties in five states that ranged in size from 65,000 to 193,000 square feet, according to the document. After adjusting for other variables, Allen said the Whitestown store should have been valued at $7,190,000 in 2016, more than $2 million less than the county’s valuation.

The board found that experts for the two parties both failed to find comparable properties, “rendering them all unreliable,” according to the document. Ultimately, the board sided with a cost approach to appraising the store that “is particularly useful in valuing new or nearly new improvements and properties that are not frequently exchanged in the market.” The board valued the property at $12,798,600 for the 2016 tax year, according to the document.

Meijer appealed the ruling, sending it to the Indiana Tax Court. On Dec. 31, 2020, the court affirmed the board’s conclusion that vacant, dark stores are not comparable to the Whitestown Meijer, which is in one of the state’s fastest-growing communities. 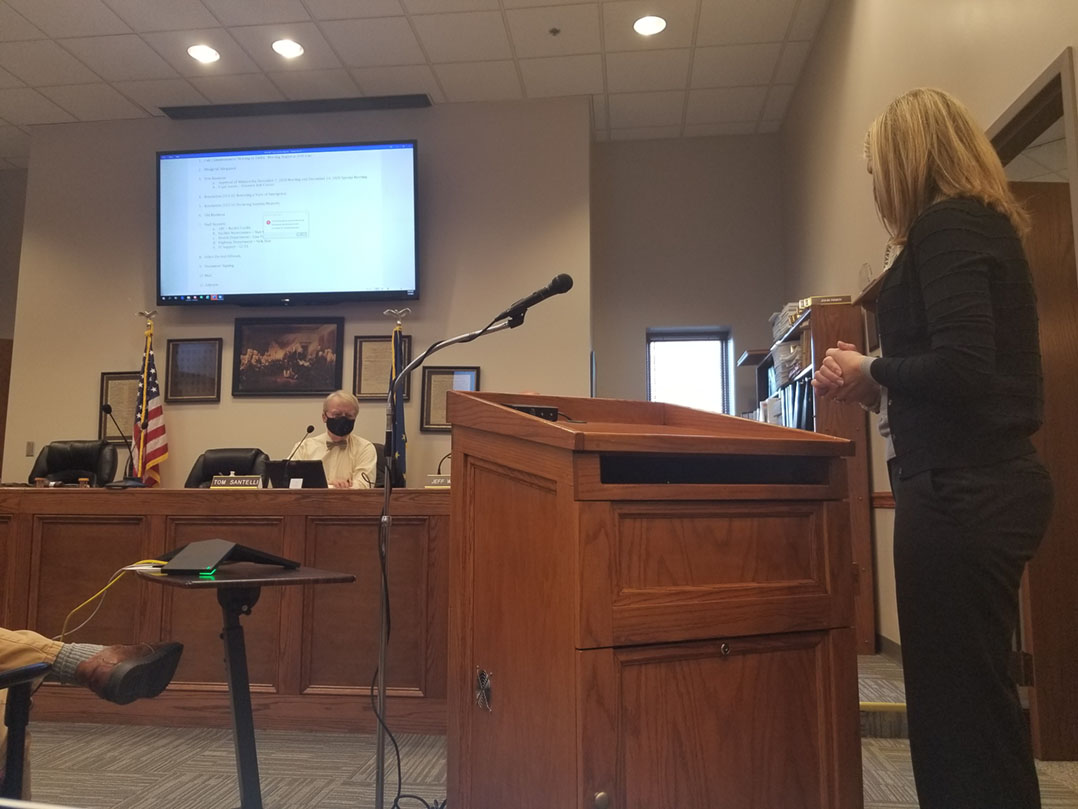 The ruling relieved county officials. The battle cost the county – and its supporters who donated funds, such as Whitestown and the Association of Indiana Counties – nearly $750,00 in legal fees that can’t be recouped, a common deterrent for many counties that might otherwise challenge similar appeals, Nieshalla said.

“Those were very difficult decisions,” Nieshalla said. “These are taxpayer dollars (used) to fight something you don’t know if you’re going to win. We had several key leaders in the state who said you are in the best position to stop this thing.”

Nieshalla said the key to the county’s victory was the Indiana Board of Tax Review’s decision to make Meijer reveal its cost to build as part of the discovery process. The cost was not made publicly available. She said the county was unable to attain the information, as many other counties have failed to do, because the company has cited it as proprietary information.

County officials said knowing the cost of building the store enabled county representatives to argue in favor of a cost-approach appraisal, the same approach the board and tax court said was most appropriate.

“It was very contentious,” Boone County Attorney Bob Clutter said of Meijer’s cost-to-build information. “They didn’t want to give it up for anything.”

Clutter said although previous cases did not favor counties challenging appeals from large retailers, a driving force in the board’s decision to make Meijer reveal its cost to build was political pressure in the form of proposed legislation.

“That stuff gets to the judges,” Clutter said. “They hear about it. We’ve had legislation proposed or talked about in great extent for the last two sessions, and word about that gets around and gets to the judges, and they think, ‘We need to think a little more strongly about this.’ Part of it, too, is the team we put together. We got some of the best appraisers in the country, I think, to come in and rebut some of the arguments they were making.”

Nieshalla and other county officials plan to work with state legislators to close what they have deemed to be a loophole in the appraisal process and end the use of the dark store theory in Indiana.

Boone County Commissioner Jeff Wolfe said Meijer is a “fantastic store” and wanted to emphasize during the commissioners’ Jan. 4 meeting that the legal battle was a matter of trying to correct a process to benefit not only Boone County residents but also all Hoosiers.