“Both of them have been really good age-group swimmers for years, but over the last year-and-a-half, they’ve separated themselves in the sense of their advancements and how they’re progressing,” said Keller, who also is the club coach of the Fishers Area Swimming Tigers. “They both have quite a competitive spirit.”

Ponsler, a junior, and Ramey, a sophomore, will compete in the June 13-20 U.S. Olympic Trials in Omaha, Neb.

Ramey reached the qualifying time the 200-meter backstroke (2:13.34) during the Winter Junior Nationals at Georgia Tech in Atlanta in December 2019.

“At the time, she was the youngest to hit the qualifying time in the U.S. because she was just 14 then,” said Keller, who became coach in 2017.

Keller said Ramey has a lot of natural gifts that allow her to refine her talent.

“The long course is even better for her than (the) short courses. She is young and maturing,” Keller said. “As her strength components continue to come along, she continues to advance.”

Keller said Ponsler and Ramey have a shot at being named to the U.S. National Junior Team.

“Kyle is a racer, he loves to race,” Keller said. “Kyle has the tools, but for him it is making the connection on how good he can be.” 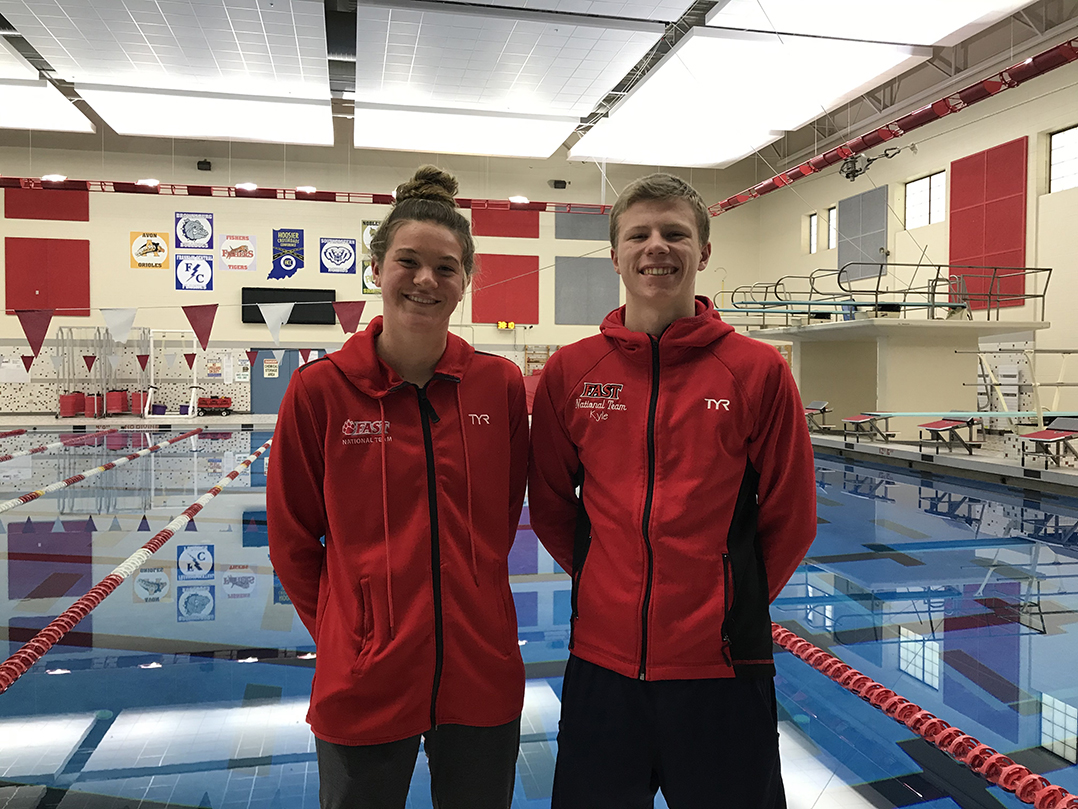 Ramey has concrete goals for the Olympic Trials.

“I’m trying to get another (qualifying) cut in the 100 backstroke,” she said. “I just dropped a second in that event the last time I swam that, so I just have to drop a little more to get that cut.”

Ramey said she needs to put a full race together.

High school meets use short course, so using push off the walls is more important.

“Some kids are underwater for half of the event, so if you are not as good as underwater, it makes it harder to keep up,” Ramey said. “The more I swim, the better I am. When I do the walls, I’m not as good.”

Ramey’s sister, Charlie, a FHS senior, has signed a national letter of intent to compete for the University of Vermont in 2021-22. Ramey’s mother, Sharon, swam in high school and played volleyball at Wright State. Her father, Jon, played basketball at Wright State.

Ramey’s family moved from Cincinnati to Fishers in 2012.

“Growing up, I played all other sports like soccer, basketball and ran cross country,” she said. “I quit volleyball in eighth grade. I lasted the longest with that. I thought swimming would work out better. I was more into it.” 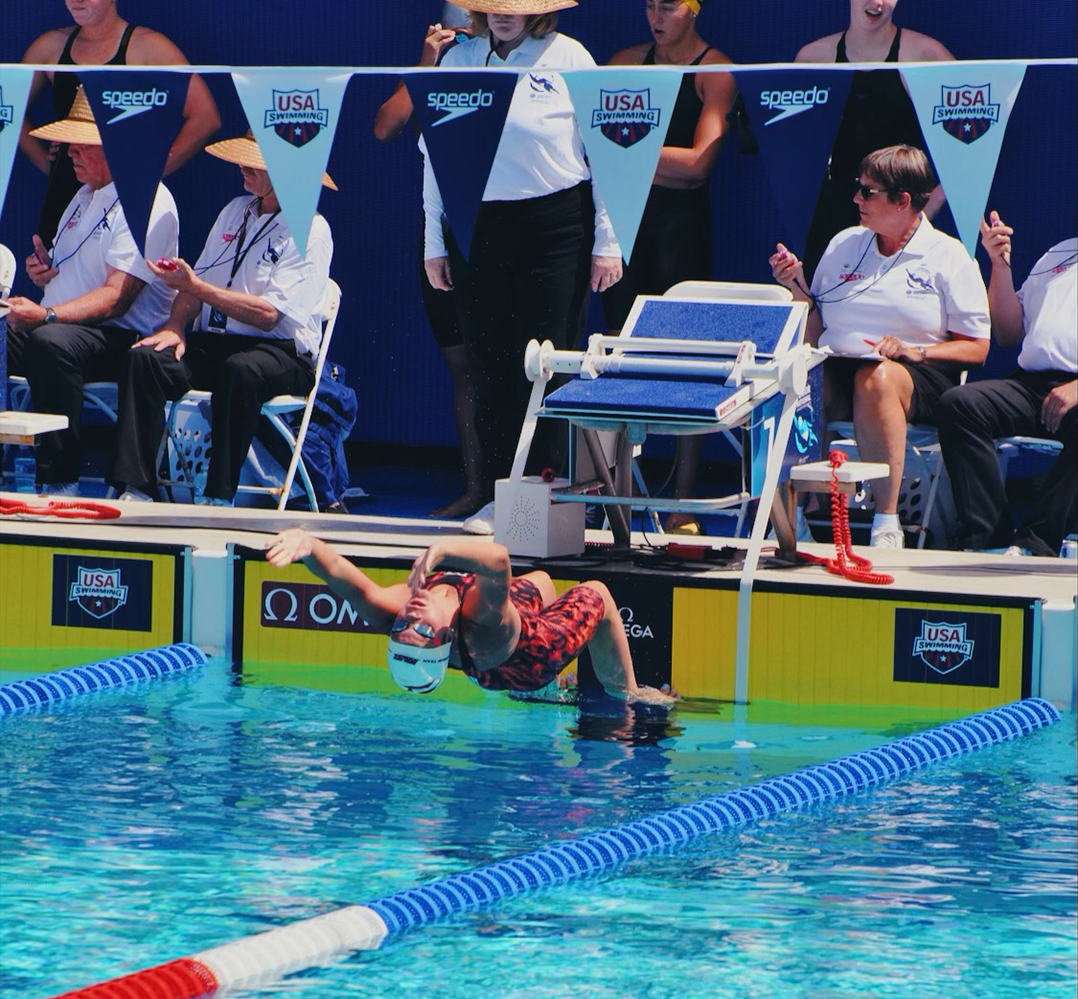 Ponsler said he made his biggest improvement working on kicking during the pandemic in the spring of 2020.

“I worked on my kick during quarantine a lot,” Ponsler said. “We have one of those swim spas in my backyard. I couldn’t swim in it because it didn’t go fast enough, so we tied a tether to a tree for resistance and I kicked with the board. I also biked a lot. I was trying to work on a lot of leg strength so I would have better kick.”

Ponsler, 16, finished fourth in the 500 freestyle and eighth in the 200 individual medley in last year’s state high school boys finals. This year’s state meet is set for Feb. 26-27.

Ponsler committed to swim at North Carolina State at the start of his junior year.

“(Recruiting) was stressful and I’m glad it’s over with,” he said. “The most attractive thing with N.C. State is that we are going to have a chance to win national championships in the years I’m there, which is something that no ACC team has ever done. Being a part of help creating a legacy for myself and the program is something that is going to be really cool. The coaching staff and team is super closely knit.”

Ponsler, who started with FAST club when he was 4 years old, views the Olympic Trials as a learning experience.

“It’s going to be something to see the atmosphere and prepare for four years when there might be a more realistic chance of making the team,” he said.

Ponsler played a variety of sports before high school, including cross country, track and field, football and basketball. He even boxed a little.

“My dad (Chris) played football at Purdue and my mom (Kelly) played soccer at Transylvania University,” he said.