You are at:Home»Lifestyle»Travel»Column:  Repurposing a Bismarck Memorial 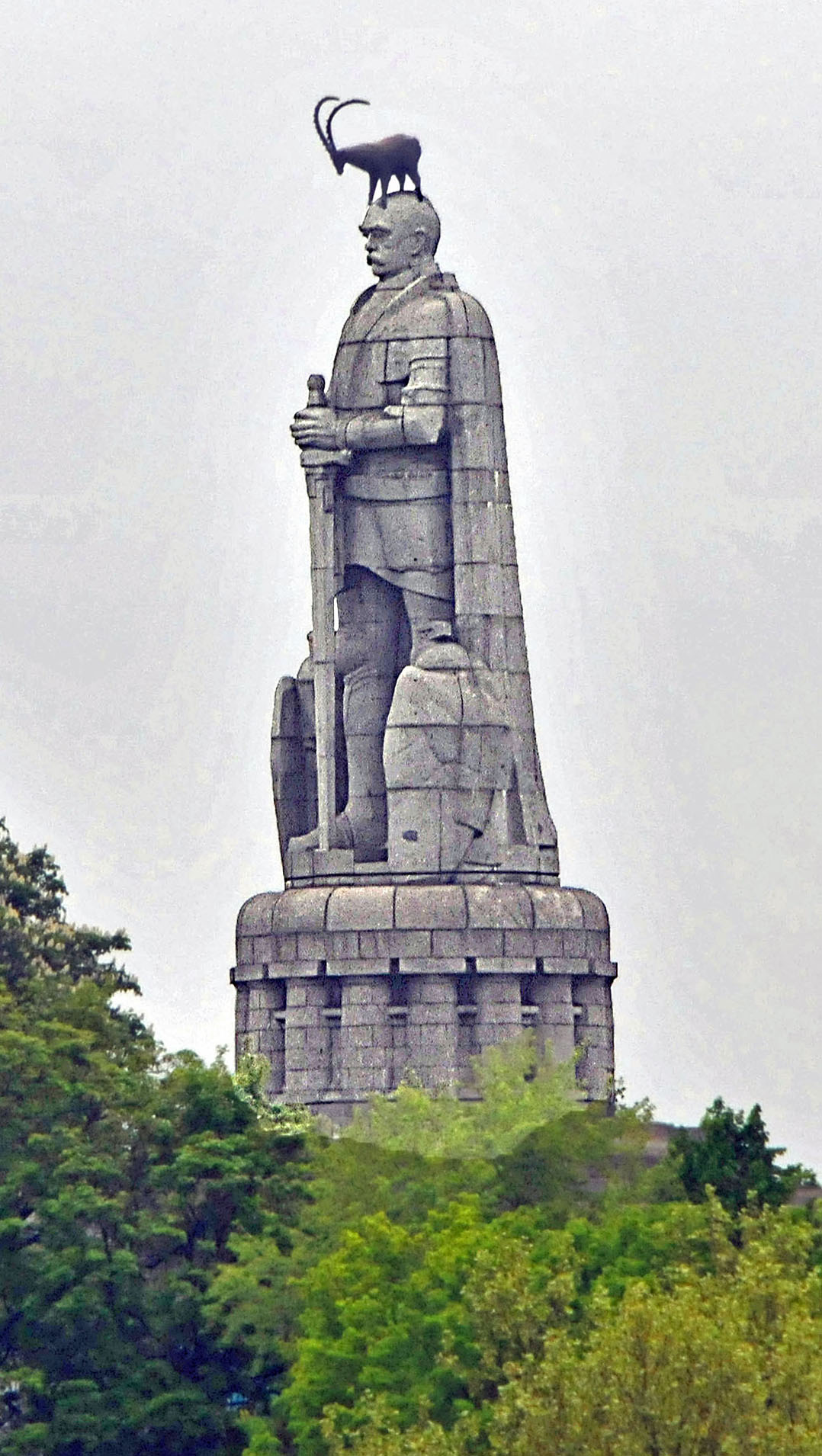 An imposing statue of Otto von Bismarck in Hamburg, Germany, is the world’s largest memorial to the man remembered for unifying Germany. It was recently repurposed as a commentary on current events.

In 1862, Prussian King Wilhelm I made Bismarck his chief minister, with wide-ranging powers. During a war against France that Bismarck provoked and won, Bismarck sought the aid of the independent states of the German Confederation and succeeded in combining those states with Prussia into a unified German Empire in 1871. Bismarck governed the empire with such authority that he was known as the “Iron Chancellor” until he was removed by Kaiser (Emperor) Wilhelm II in 1890. Bismarck died on July 30, 1898 and was interred on the eastern outskirts of Hamburg. Three days after Bismarck’s death, the mayor of Hamburg made a public appeal for a memorial to Bismarck and soon raised 400,000 gold marks from Hamburg’s leading (and wealthy) citizens. A committee sponsored a design competition, and construction of the winning design began in 1902 on a hill overlooking Hamburg’s harbor. When completed in 1906, the granite monument, featuring Bismarck standing atop a circular plinth, was 115 feet tall and weighed more than 600 tons. For reasons that are still unclear, the monument included a network of catacombs beneath the plinth, used as an air raid shelter during World War II.

Not everyone today sees Bismarck in the same glowing light as did Hamburg’s patricians. Some have accused Bismarck of being anti-Semitic and anti-labor. In May 2015 (when I happened to be in Hamburg), Viennese artists used a crane to place a 10-foot aluminum and plastic ibex on the top of Bismarck’s head that they called “Capricorn Two,” saying that they were protesting the rising “Bismarck cult” of German nationalism. The ibex remained on Bismarck’s head until Aug. 2, 2015.