Despite the COVID-19 pandemic, the Boone County Economic Development Corp. had one of its best years to date in 2020, according to Molly Whitehead, the corporation’s executive director.

During a Jan. 19 Boone County Commissioners meeting, Whitehead requested a renewal for the corporation’s fee-for-service agreement with the county, which the commissioners approved. 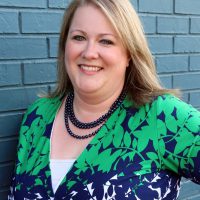 “Even though we obviously had challenges last year, I believe, actually, 2020 was one of our most successful economic development years,” Whitehead said during the meeting.

Last year, the Boone County EDC closed 10 deals with companies it estimates will create $235 million worth of new capital investment, the second-highest figure the corporation has ever projected in one year.

Combined, Whitehead said the Boone County EDC estimates the new deals would have a $17 million impact on the county during the next 10 years.

In addition to attracting companies to the county, the Boone EDC has supported small business, especially during the pandemic, with its micro-loan program, which has been renamed the Propel Program. Since spring 2020, the program has loaned tens of thousands of dollars to county businesses in need of financial relief because of the COVID-19 pandemic.

“When we hit the pandemic back in March, we had loaned out most of the money and had only about $10,000 in that account,” Whitehead said. “We raised over $150,000 last year in public and private funds for that and have loaned out about $110,000 so far. We have had a couple more requests come in the door lately, so there is still demand for that.”

Whitehead said a pleasant surprise from the pandemic has been the success of the Boone County EDC’s virtual job fairs. She said the virtual platform has consistently attracted more participants, so the fairs will likely continue to be presented virtually, even when the pandemic ends.

“People are getting hired,” Whitehead said. “I think it is taking away some of the stigma that goes around job fairs, and we hope to have an announcement in the next couple of weeks over some additional job trainings that will be newly available to Boone County.”

For more, including a list of upcoming virtual job fairs, visit betterinboone.org.