You are at:Home»Current in Carmel»Carmel Community»Garden behind Carmel’s City Hall to expand to Carmel Drive

A major expansion is coming soon to the Kawachinagano Japanese garden behind Carmel City Hall.

The garden will more than triple in size to extend south to Carmel Drive. The existing pond area will be expanded and surrounded with green space and Chinese-inspired structures. The new pond will include an island, a Chinese bridge and a boardwalk overlook.

Much of the funding for the $17 million project comes from the 2016 storm water bond, with Clay Township providing $3 million through its impact program. Included in the cost is nearly $10.8 million to purchase four buildings directly to the south of the existing pond to make way for the expansion.

Demolition of the buildings is expected to begin within a month, with substantial completion of the project expected by the end of the year. City Engineer Jeremy Kashman said some of the landscaping may not be complete until spring 2022. 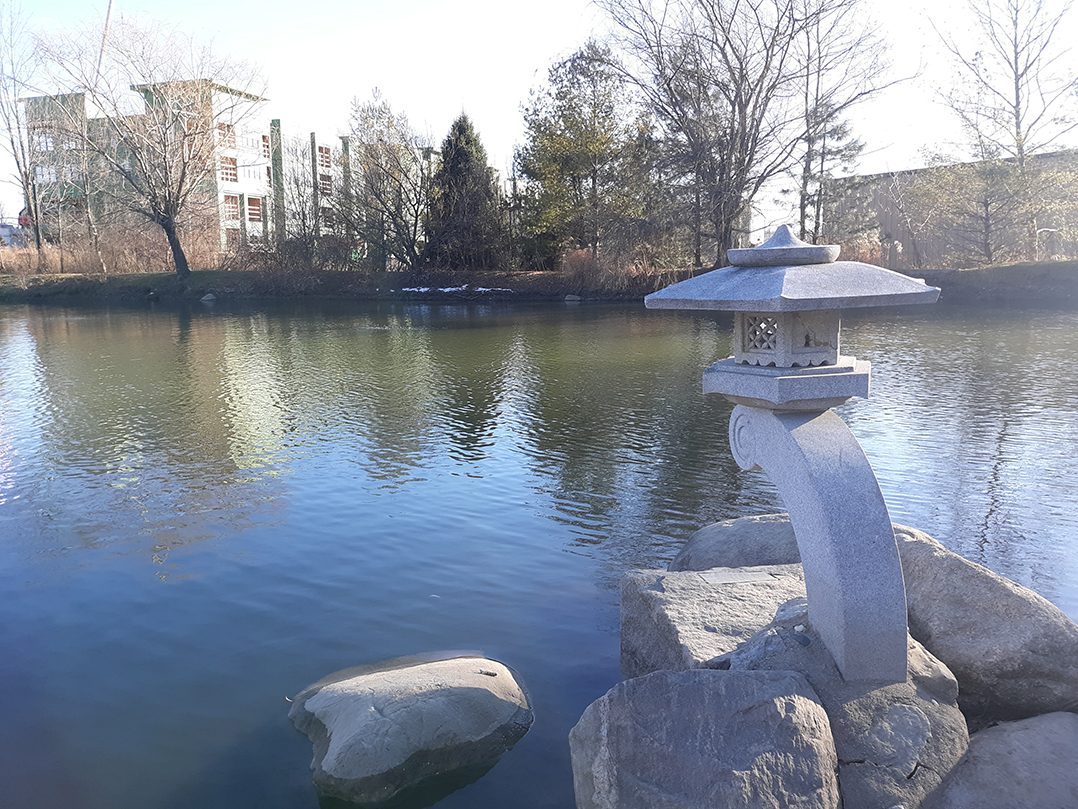 The Japanese garden behind Carmel City Hall will expand to add space for water retention and open areas. (Submitted rendering)

Carmel Mayor Jim Brainard said the project will provide additional space for water retention in a rapidly-developing area of town while meeting a need for more open space.

“It has a utilitarian purpose, but as well we want to create a place of beauty the public can enjoy as well,” he said.

The Japanese garden debuted in 2009 as Carmel and Kawachinagano, its sister city in Japan, celebrated 15 years of friendship. The garden includes a Sukiya gate assembled by craftsmen who traveled from Japan to install it using traditional Japanese construction methods. The garden also includes a path, sculptures, benches and tree groupings.

The expansion gives a nod to Xiangyang, Carmel’s pending sister city in China. A delegation from Xiangyang visited Carmel in 2012 and signed an intention statement to become sister cities, but the relationship will not be formalized until a delegation from Carmel visits Xiangyang to sign the agreement.

Brainard was among a group of Midwest mayors to visit China in November 2019 as part of the U.S. Heartland Mayors Delegation Visit to China, but the itinerary did not include Xiangyang.