You are at:Home»Views»Column: Mars and Moon to cause astronomical event Feb. 18

Our small corner of space, the Milky Way galaxy, is home to nearly 400 billion stars. And each night, this magnificent astronomical display hovers above us, providing inspiration and wonder to us all. 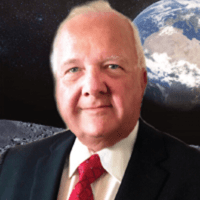 The night sky shows us that anything is possible. Stars, planets and galaxies form from the smallest bits of dust and gas – coming together over eons to create this dazzling beauty we can personally witness by simply walking outside on a clear night and looking up. So, give yourself a well-deserved moment of serenity and look up at the stars. You’ll be glad you did.

Feb. 18 will be a special day. The moon and Mars will share almost the same spot in the night sky. From Westfield, they will be visible around 6:42 p.m. at about 68 degrees above the southwestern horizon. The best way to view the event is with the naked eye or through binoculars.

On that very same day, at 3:55 p.m., NASA will attempt to land the Mars 2020 Perseverance Rover on the surface of the Red Planet.

About the size of an SUV, Perseverance Rover is carrying on its belly one of the most unique planetary exploration crafts ever created, a small Mars drone helicopter named “Ingenuity,” designed to attempt the first powered, controlled flight in the atmosphere of another planet. A key goal of the mission is to search for signs of ancient microbial life and pave the way for human exploration of the Red Planet.

To do that, the rover first must land, and landing on Mars is hard. Only about half of all attempts by the world’s space agencies have succeeded. The last time a rover landed on the Red Planet was in 2012, with NASA’s Curiosity rover. Like Curiosity, Perseverance must survive the “seven minutes of terror” – a fiery, hypersonic trip through the Martian atmosphere using a heat shield, parachute and rockets. During the sky crane maneuver, the descent stage will lower the rover onto the surface of Mars with nylon cables, accentuating what I said previously, that anything is possible.

You can watch the landing events live on NASA Television and the agency’s website, starting at 2:15 p.m. Feb. 18. Touch down will take place at about 3:55 p.m.

To help you view the magnificent astronomical displays from your backyard, we recommend binoculars and the free “SkySafari Astronomy” mobile app. It is a powerful planetarium that fits in your pocket, puts the universe at your fingertips and is easy to use. Search for it in the apps store on your mobile phone.

Greg McCauley is President and CEO of Grand Universe, an amateur astronomer and former NASA employee during the Apollo missions to the Moon. Greg and his wife Janet live in Westfield.