You are at:Home»Current in Zionsville»Zionsville Community»Zionsville plans more parks, recreational opportunities in 2021

The department plans to create multiple new parks, including a dog park, named the Heritage Trail Dog Park, at 4050 S. 875 E. The 3.5-acre park has separate areas for small and large dogs. Registration for use opened Jan. 25.

Registration for the dog park is $100 for Zionsville residents and $120 for nonresidents. Town officials said the park will be open every day of the year from dawn to dusk. It is scheduled to open Feb. 1. 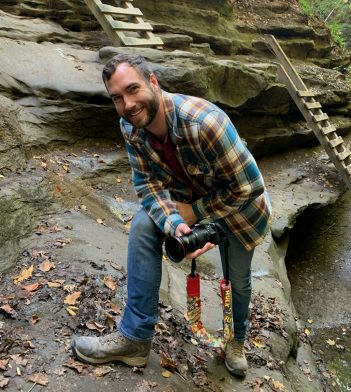 Overley-Worman Park, another of the planned parks, will be on land adjacent to Eagle Creek, across from Starkey Nature Park. It will include mountain bike trails, walking trails, a playground area and 9-hole disc golf course, among other features.

“Oveley-Worman has been in design and development for quite a few years,” said Jarod Logsdon, the department’s superintendent. “We are finalizing the construction contract and will break ground in 2021 and anticipate it to be constructed within 2021.”

Logsdon said Overley-Worman Park is expected to open later this year or early 2022. It will connect with the Big 4 Rail Trail, a planned trail that will run through Lebanon, Whitestown, Zionsville and other communities.

In Zionsville, the north segment of the trail will run from Heritage Trail Park to Whitestown.

“We just have a little sliver left that goes south, and that will end at the Vonterra subdivision, which links up to Zionsville road and that project will complement and run along the Overley-Worman project,” Logsdon said. “(It will) separate the modes of transportation, so people won’t be running alongside cars as much. It just creates a safer, healthier community.”

Another project Logsdon said would impact the department is the Zionsville Parks Foundation, a citizen-led nonprofit created in late 2020. Langsdon said the foundation will assist the parks department in future projects through land acquisition, capital improvements and by promoting the town’s parks in the community.

“(It consists of) nature and conservation-minded individuals that are coming together to identify donors and go for grants that sometimes government organizations can’t go for, and work with the parks department to help us achieve our goals a little bit quicker,” Logsdon said.

One of the parks department’s ultimate goals is to offer more ways for residents to spend leisure time outside, especially as the COVID-19 pandemic is expected to extend further into 2021.

“I think it’s hard to ignore that when everything happened, and all the fears and worries, people absolutely had to take care of themselves and their mental health, and getting outside, safely, was one of the best outlets,” Logsdon said. “And we saw an overwhelming increase in usage, not only in Zionsville, but on a national scale, so I think people realize the importance of park and recreation opportunities. And moving forward, as we plan, we will build those recreational opportunities.”