You are at:Home»Current in Westfield»Westfield Cover Stories»A Library of the Future: Westfield Washington Public Library board to consider two locations for new library

With regard to a new building, Westfield Washington Public Library is past due.

WWPL Director Sheryl Sollars said the WWPL board has been working on finding a way to expand the library since 2017. The library was constructed in 1983 and underwent two renovations, one in 1994 and one in 2014.

“We started working with the city and (Westfield Washington Schools) and the township for a civic center (that would include a library),” Sollars said. “We went through that whole process, and for certain reasons, the city ended up going out and saying they weren’t ready to do anything yet, so it ended up just being the school and the township and the library, and so we went down that path.”

Originally, the group considered a parcel of land north of 181st Street where the school administration building is at 1143 E. 181st St. However, the land was too costly and had drainage problems. Sollars said at that point, WWPL decided to pursue growth on its own.

Board vice president and chair of the library building committee Scott Willis said the board vetted five or six properties with the schools and township prior to abandoning the idea that the public entities could partner on a building. In September 2019, the board decided to hire architecture firm KRM and build a new library.

Library officials formed a building committee and began exploring construction sites. It even planned public meetings, which were then canceled because of the COVID-19 pandemic.

After working with real estate brokers, library officials were still having an issue with prohibitive costs. 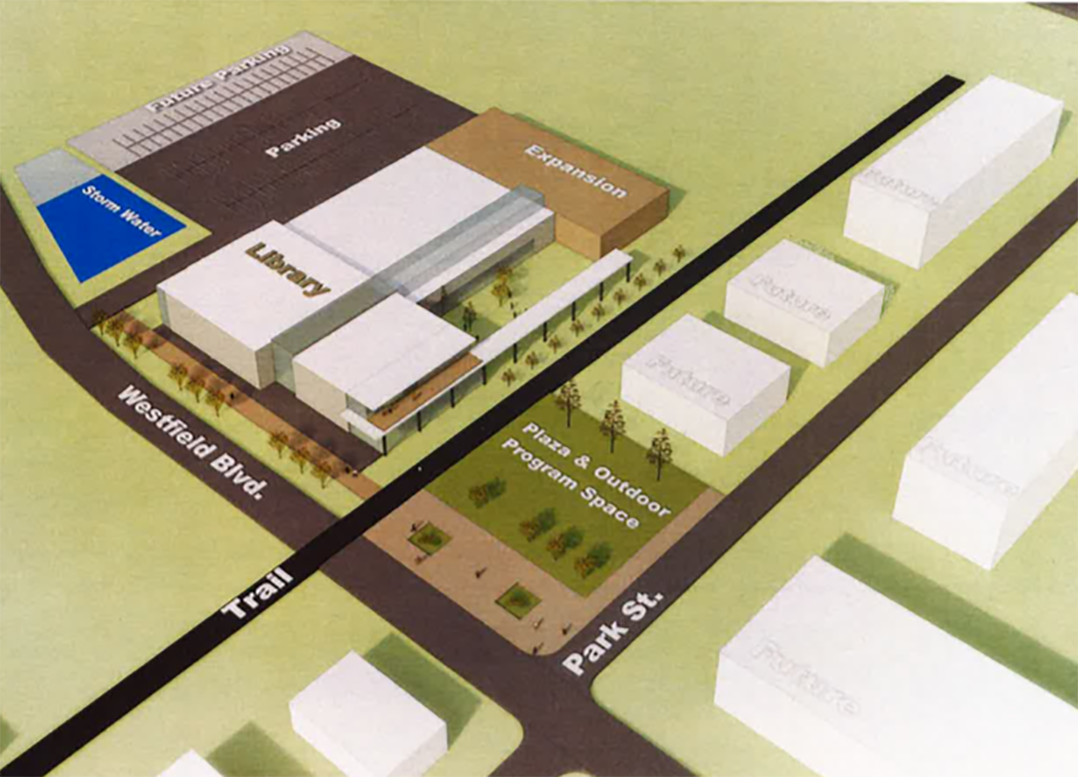 “(Westfield-based) EdgeRock Development approached the library during this process about the Grand Millennium Center, and the schools also offered up an additional site behind Washington Woods Elementary and Monon Trail (elementary),” Sollars said. “Scott reached out to (representatives) from the Wheeler Landing (development) to explore options near the natatorium, and four locations were presented to the board: downtown Westfield on Westfield Boulevard (near the Grand Millennium Center), Wheeler Landing, Monon Trail Elementary and Washington Woods Elementary.” 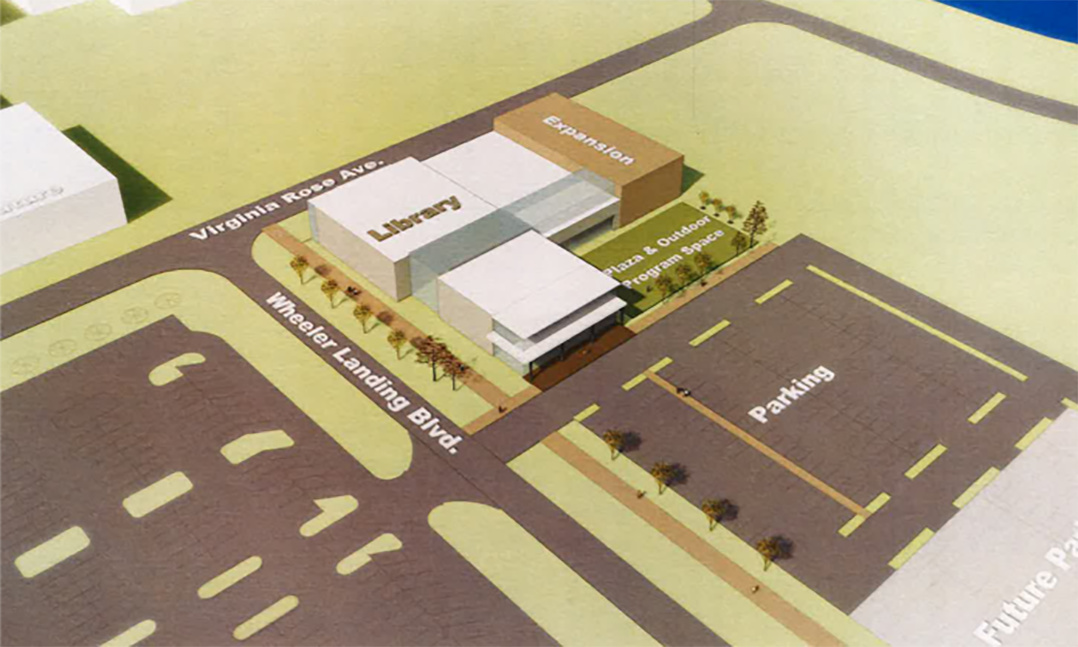 A site location for the Wheeler Landing proposal. (Submitted image)

The two school properties were eliminated due to location and lack of information on cost. Proposals for both Wheeler Landing and Grand Millennium were presented to during the library board’s December meeting. The two options offer sites with more than 4 acres for the library. Currently, the library’s location is 2.6 acres.

Willis said although renderings and design will not be created until after the board decides which location to build, he estimates the locations to cost between $3 million or $3.5 million for the site alone. With construction, the project is estimated to cost $16 million to be funded by a general obligation bond. The bond will cause a 2-cent tax increase, but the project is deemed “tax neutral” to residents because some bonds from WWS will be paid off at the same time the library bond comes on board.

“Taxpayers should see a 14-cent decrease, because the schools are dropping 16 cents with one of their bonds,” Sollars said.

The board will decide on a construction site during its Feb. 24 meeting. The bonding process will begin by the end of 2021, with construction slated to start in spring 2022 and last nine months to a year. The new library could be open by January 2023.

Anyone who would like to provide insight on either location can email librarian@wwpl.lib.in.us.

A place to gather

“I hope to have a place for the community to be able to gather,” Sollars said. “We definitely need more small study rooms and coworking spaces and small meeting spaces and large meeting spaces – things for programs, room to expand our programming. With the world we live in currently, I would like to have some outdoor space.”

Willis said the COVID-19 pandemic has changed what a library needs to be in the future.

“The library needs to be a way for people to access knowledge,” said Willis, who also is a Westfield City Council member. “When you look at interconnectivity and hyperconnectivity we have in today’s society (with) social media or streaming or virtual meetings, we want the library to be that connectivity for the community — not only a place to gather, but a place to work and function.”

Willis said he wants to see the new library offer space to incubate new businesses, similar to how Launch Fishers originated in the Hamilton East Public Library in Fishers prior to moving to a larger space.

“(We need) something simple that creates a community center for people to come. We lack that in Westfield,” Willis said. “I think we need more places to come and gather and just socialize. I think the library of tomorrow can provide that more than just coming and grabbing a book.”