Lawrence Police Dept. Deputy Chief Gary Woodruff said the majority of police officers have a similar story: They all felt a calling to serve as a law enforcement officer.

For its next round of hiring, LPD wants to find those applicants, specifically amongst minority groups.

The department began accepting applications Jan. 1 and will continue through Feb. 28. Anyone between the ages 21 and 40 is eligible to apply, and if hired, the candidate must live within a 50-mile radius of the LPD, 5150 N. Post Rd., Lawrence.

The department, which is hiring for the first time in two years, doesn’t have a specific number of people it plans to hire. The LPD planned to hire in 2020 but the COVID-19 pandemic pushed the date to 2021.

Deputy Chief Curtis Bigsbee said parts of the application process, such as the physical agility test, the written test and the interview, are conducted in person.

The department recently exhausted a list of candidates on its application list due to retirements and vacancies. When an applicant passes screening protocols, they are placed on the list, from which the department may pull later on to hire.

From the last list, LPD hired nine officers in 2018 and two in 2019. There is only one immediate opening on the department.

“We are allocated for 62 (officers) and we are at 61,” Woodruff said. “That’s not to say we are only going to hire one off this (new) list. In all likelihood, we will go deep into this list over the two-year period it is good for. There are potential retirements and there may be new positions at some point.”

The new list of candidates will be valid for two years, or until all candidates are hired.

“Back when I did the (hiring) process and Gary did the process, we would just go to the newspaper and different agencies to push the message out,” Bigsbee said. “This time in particular, it’s more targeted.”

The department has hired a marketing firm to geo-target specific demographics, such as minorities.

“There is a strong emphasis on minorities within the Latino community, the African American community as well as females,” Bigsbee said. “We are trying to open it up pretty much emphasizing on those top-tiered demographics for our recruitment efforts. We are definitely looking to increase the diversity within our ranks. Every police department is looking to do that, and we want our agency and our department to reflect the community we serve. Lawrence is a tremendously diverse community.”

Some of LPD’s police vehicles have been outfitted with decals promoting the hiring process to spread the message. The department is working to make itself appealing to police officers from other departments as well.

“We are trying to incentivize this process as well to recruit active law enforcement officers right now,” Bigsbee said.

Although LPD doesn’t offer lateral transfers, current police officers are eligible to apply with non-police officer candidates, but LPD offers incentives for those who are hired who were previously police officers. The officers wouldn’t have to attend the police academy again and would be paid according to their experience.

“If they have four years of ceritifed service, they will be paid at the rate of a fourth-year patrol office as opposed to a probationary officer,” Bigbsee said. “That has never been offered by the City of Lawrence or the police dept in our history.” 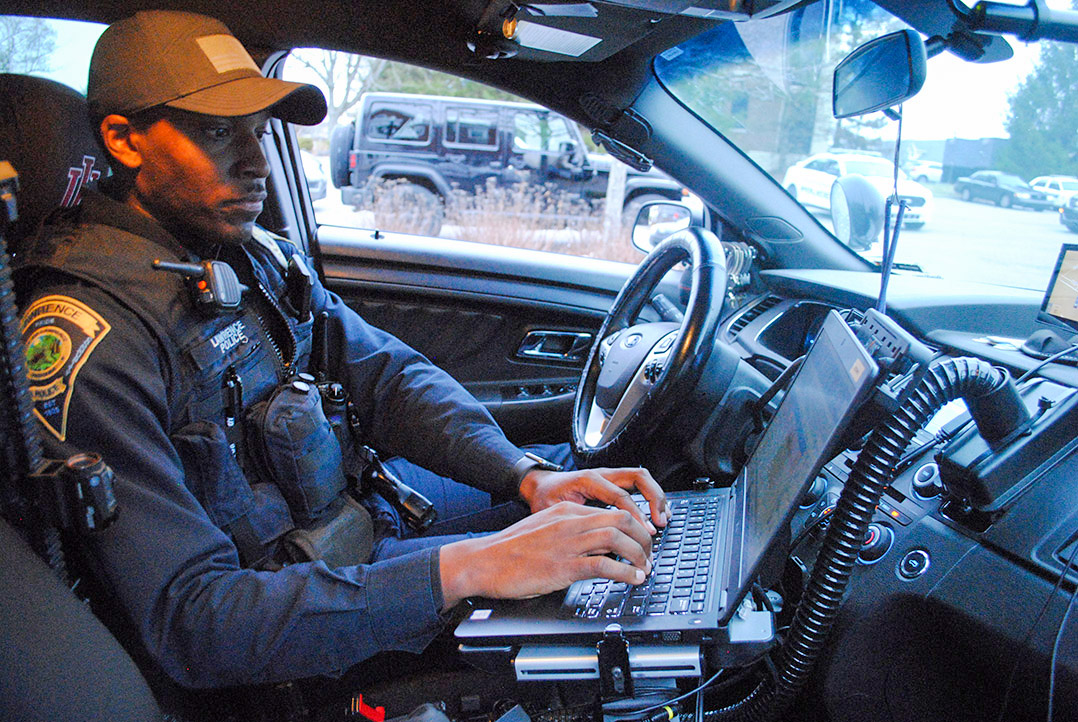 Lawrence Police Dept. officer Devin Randle said LPD is attractive to applicants because of its diversity.

“What you get with Lawrence as opposed to other suburban departments in the area is a multitude of different cultures and different backgrounds,” said Randle, who’s been an officer with LPD for five years. “On any given day for patrol in Lawrence, you can work with people who live in an urban area, and you can go from that call to somebody who lives all the way up in the southern half of Geist.

“There’s a multitude of different backgrounds, and you can gain so much experience your first couple years on the road as opposed to working in other areas that don’t have as much culture.”