You are at:Home»Current in Carmel»Carmel Cover Stories»Legacy of love: Former Colt, wife work together to improve marriages, homes

From the time they met, Mark and Christina Thomas were married within a year. Yet they weren’t exactly an instant match.

“We didn’t hit it off right away, because he’s bold and I’m a little more shy,” Christina said. “The first question he asked me was, ‘If you were to die today, would you go to heaven?’ I was like, ‘Yeah, of course. What do you mean?’ Then I pondered that thought and began considering what it meant. I thought that was a little strange and bold, but it did make me think.”

The Carmel couple will celebrate 21 years of marriage Feb. 12, two days before Valentine’s Day. Mark, raised a Baptist, was 30 when they married, and Christina, raised a Catholic, was 10 years younger. 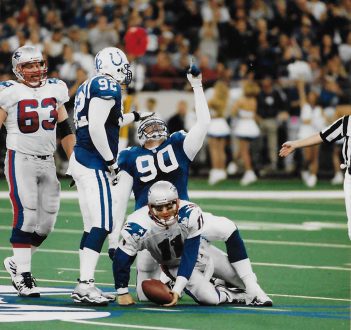 The two met in a Chicago gym where Christina worked. Mark, a defensive end, had played with the Chicago Bears but was now playing for the Indianapolis Colts and was in the process of a move. He learned Christina was going to school for interior design, and she suggested he look at furniture from her uncle’s store for his new home in Carmel. She came to Carmel to help him set up his house.

The couple would meet with Colts teammates Hunter Smith, Jeff Saturday, Justin Snow and Adam Meadows on Monday nights for a Bible study born out of the Champions for Christ athletic ministry.

The couple was supposed to get married April 1, 2000 but moved it up to hold a ceremony at a Champions for Christ conference in Orlando.

“We were champing at the bit to get married,” Mark said.

They would later have a wedding ceremony in the Chicago area, but Mark wanted football and ministry friends to attend. Close friends attended as well.

“We had an ulterior motive. We wanted people close to us to get a dose of Jesus and we knew they would never come to a conference,” Mark said. “Members of (Christina’s) family got saved. Her parents got saved. It was a powerful week. It wasn’t the most aesthetic wedding. It was borderline cheesy. We were married in a ballroom. But lives were forever changed from the wedding.”

When Mark retired from the Colts after the 2001 season, he attended a two-year program with Champions for Christ in Austin, Texas, to become a pastor. He returned to become pastor of a Carmel church in 2003, leaving in 2018. The church, which has undergone several name changes, is now The Well in Carmel.

“Because I wore so many hats as pastor, I started counseling people, and then more and more people came as couples and Christina would join us,” he said. “We work well together. We were five years into marriage and she’s only 25 and counseling people that are twice her age. The Lord just gave her wisdom and people benefited from it. We enjoy doing it together, and the way we’re wired is so different.”

The couple could speak from their own experiences.

“We faced a lot of challenges early in our marriage with job loss and moving across the country. We had four kids in six years,” Christina said. “Our youngest has special needs.”

Christina said they don’t officially charge for the counseling service.

“We’ve just always said whatever you think it’s worth, but we’ve never said this is our rate,” Mark said. “It hasn’t been that formal. It’s just been they need help, and they are our friends, or they introduce us to their friends.” 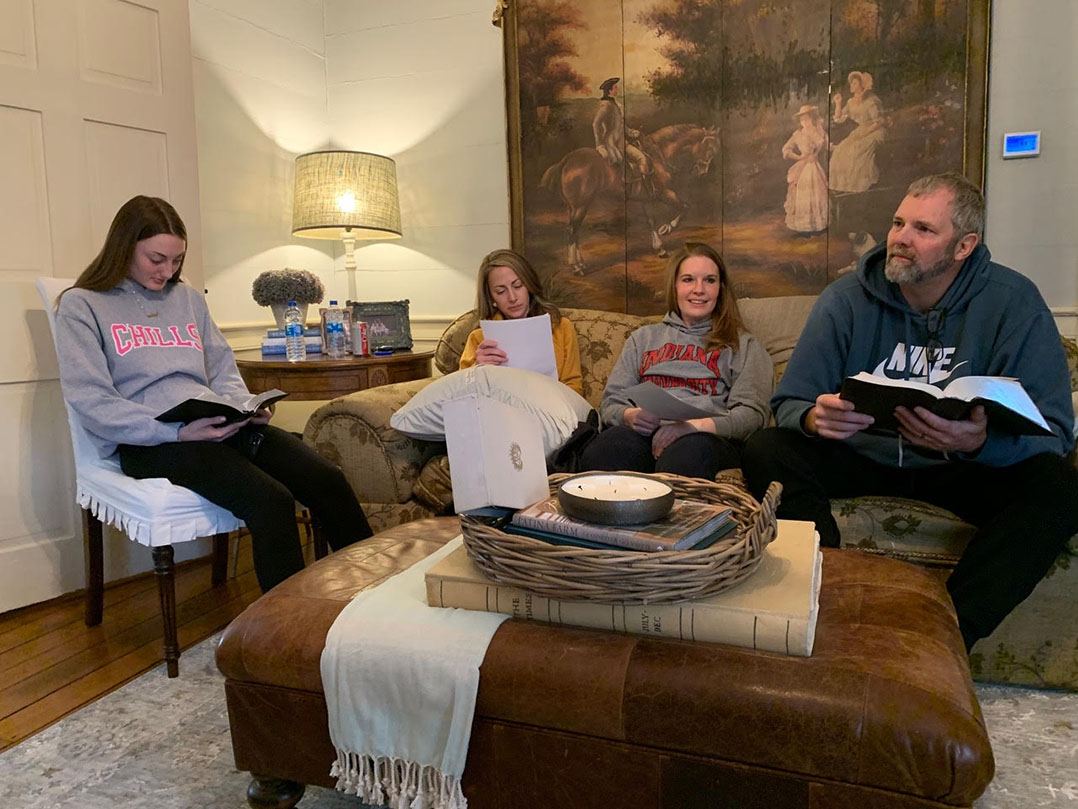 Besides counseling couples, Mark Thomas leads a group of friends in a service called house church in the home of he and his wife, Christina, or a cabin on their property. It’s typically a group of approximately 20 people. House church is a term given to a group of Christians meeting in private homes.

“What we like about it is that it fosters, almost necessitates, community,” he said. “This is who we are with all the time. Realistically, three to five times a week these people are in our home. We actually do life together. The other thing it really cultivates is participatory gatherings.”

Instead of a minister delivering a sermon, everyone participates.

“It’s discussion-based, instead of just monologue,” Mark said. “What this does is, my kids are all involved, and they love it. The dialogue process helps people grow and mature.”

The couple has four children: Caleb, Katelyn, Naomi and Jude.

The couple conducted services by Zoom for nearly two months when the COVID-19 pandemic forced a lockdown.

“All of us in the family then had COVID around the same time at Thanksgiving,” Christina said. “We think our youngest son got it from going to an arcade.”

But they have been able to resume services after a break.

“Once every other month, we’ll do it at someone else’s house to spread it out,” Mark said.

The cabin on the couple’s 8-acre property was the first house built in Carmel. Constructed in 1828, it was originally owned by the Kinzer family. The main house was built in the 1840s.

“The deed is on sheepskin,” Christina said of the property, which is on the National Register of Historic Places.

The couple also keeps busy as Mark has found a way to assist in Christina’s home design business.

Instead of just wanting interior design ideas, she was finding clients would want a new master bathroom or kitchen.

“We decided to do a design and remodel business,” said Mark, who has taken on the role of project manager. “I handle the construction, and she handles the design.”