You are at:Home»Current in Noblesville»Noblesville Community»Noblesville council hears introduction to Marilyn Woods development 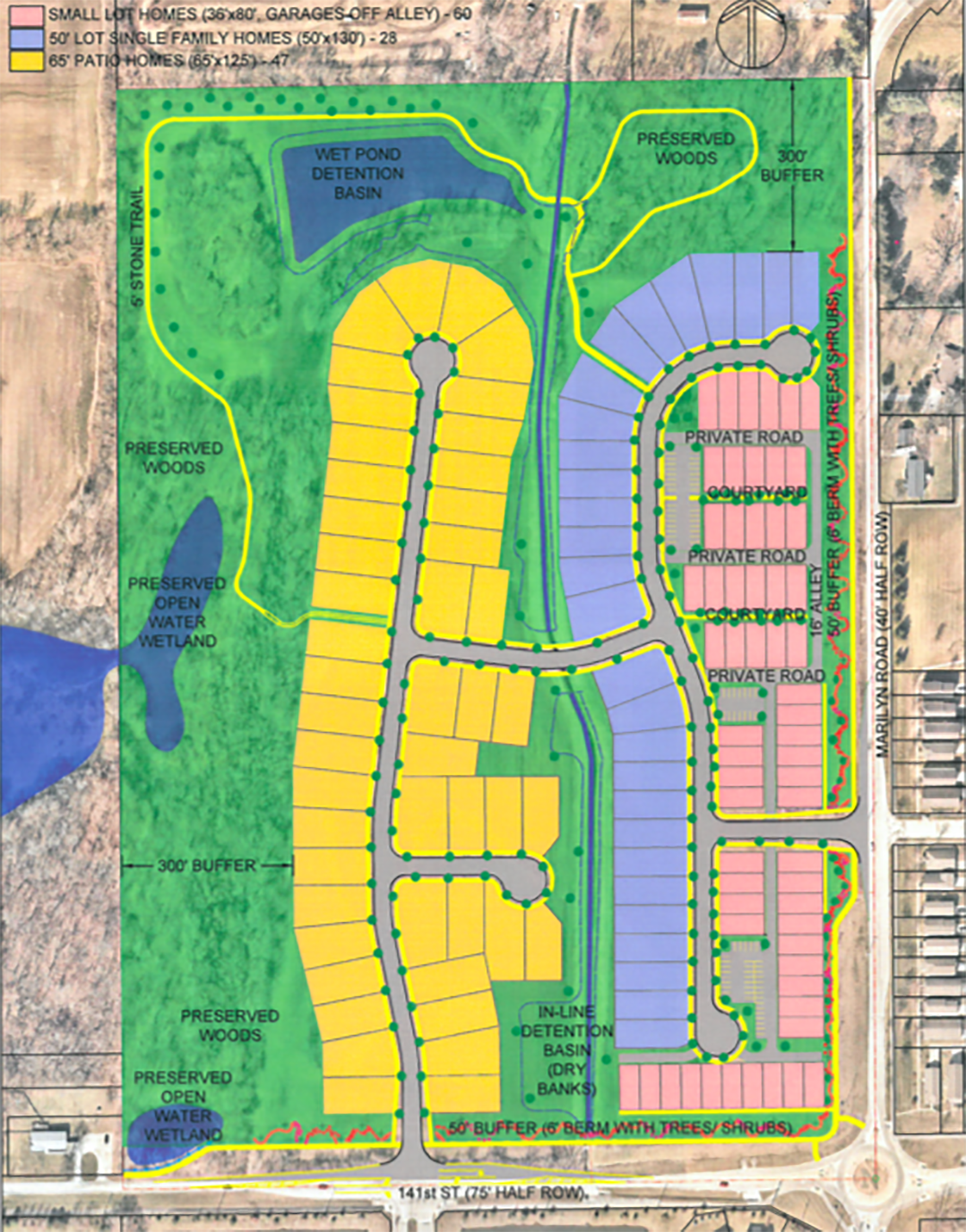 The proposed development would encompass 56 acres northwest of 141st Street and Marilyn Road. The parcel is within the City of Noblesville but is part of Fall Creek Township.

Attorney Matt Skelton with Church, Church, Hittle and Antrim presented on the project.

If approved, David Weekley Homes would build the houses.

Skelton said Noblesville’s comprehensive plan envisions the area as a mix of higher density residential that would include attached homes or multi-family homes.

“The concept plan is Marilyn Woods is designed to provide a transition from what is residential to the east and to the south of this site to corporate uses to the west,” Skelton said.

The proposal would offer three collections from David Weekley Homes: patio homes, traditional single-family homes and alley-load homes. Starting prices would range from $250,000 to $350,000, depending on the concept.

Skelton said there is a planned nature trail through the open space to the north and south of the development.

“That will really provide a nice opportunity for a dog walk or a nature walk or just to get out of the darn house for a while,” Skelton said.

Because the proposal was only an introduction, the council did not vote on it. It will do so at a future meeting.

Another item that appeared before council was an introduction to authorize bond issuance for the previously approved Nexus project planned in the former Marsh site at the northwest corner of Ind. 32 and River Road. Nexus is a $48 million project that includes 290 multi-family units and commercial development.

The council also heard an introduction to an ordinance that would repeal and replace the city’s animal ordinance.

Noblesville Police Dept. Deputy Chief Shane Ginnan presented on the proposal and said the animal ordinance has not been changed since 2004 and contained antiquated language. The Humane Society for Hamilton County also has been working to ensure that animal ordinances county cities are universal. The council also approved the Noblesville Small Business Resilience Grant agreements, which include 45 agreements signed by the recipients of the city’s second round of grant funding.

The next Noblesville Common Council meeting is scheduled for 7 p.m. Feb. 23. For more, visit cityofnoblesville.org.