When Westfield City Council President Mike Johns asked the council to suspend the rules and approve an amendment to an ordinance that would allow the council president to also serve on the advisory plan commission, council member Scott Willis made it clear he would vote ‘no.’

To suspend the rules and approve an ordinance on first reading, the council must unanimously agree. Willis’ vote meant the amendment wasn’t voted on at the Feb. 8 meeting, but it could be approved at a future meeting. 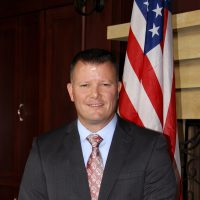 “It concerns me that some of our council members here have attempted to suspend the rules,” Willis said. “It seems like a rush to change. The ordinance in question has been in place since the city was founded and it was passed to ensure a balance of power amongst the council. To make the change of rules, it doesn’t allow for a thorough vetting of long- and short-term impacts and doesn’t allow those we serve to weigh in.”

Willis said the amendment wasn’t added to the council’s agenda until the weekend before the Monday meeting and that he worried the council and constituents didn’t have enough time to consider the amendment prior to a vote by if the council voted at the Feb. 8 meeting.

Johns said when he considered accepting the position as council president, he thought he would be allowed to remain on the advisory plan commission, an which he serves.

“When I agreed to the presidency of council, it was with my understanding I would be allowed to sit on the (advisory plan commission),” Johns said. “We as a council try to look at everybody’s skills and weaknesses and realizing we all bring something different to the table. We have some folks that are extremely well-versed in finances, so we put them on the finance committee. When it comes to APC, (council member) Cindy Spoljaric, whose background is in urban planning, and with my background in development and construction, we seem like a good fit for the APC.”

Because Willis voted against suspending the rules and approving the amendment on first reading, the amendment now will be voted on at a future council meeting, either the Feb. 22 meeting or the March 8 meeting.

Council member Troy Patton said he didn’t know why Willis had an issue with the amendment when Willis serves on other boards as well.

“I think it’s really funny you would make that comment even though you sit on other committees like the library board,” Patton said.

Patton also accused Willis and the Westfield Washington Library board of conducting business behind closed doors.

“If you’re making that same comment on somebody else, if you’re going to call out others, call out yourself,” Patton said.

“What we have done as a committee was within the parameters of the legal requirements with how the library board functions,” Willis said.

Patton did not elaborate on what he meant by accusing Willis of conducting board meetings in private. As of press time, he had not responded to a request for comment.