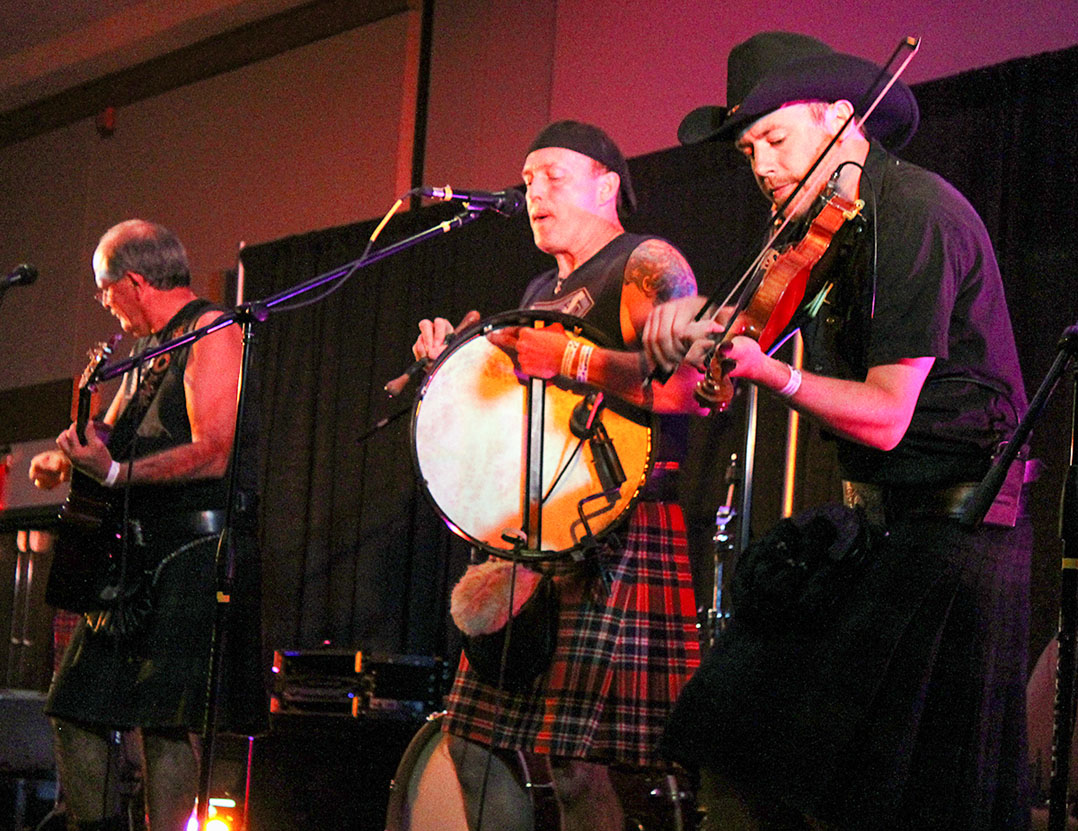 Highland Reign will perform in the “Live at the Center” series March 4. (Submitted photo)

Leslie Miller is eager to bring attention to his Scots American folk band to new audiences.

Miller’s band, Highland Reign, will perform in the “Live at the Center” series at 7:30 p.m. March 4 at the Center for the Performing Arts in Carmel. The free performance will be available as a livestream.

“This is a great opportunity to perform ‘Live at the Center.’ We are very honored to be asked to do this,” Miller said. “This is an awesome chance to expose our music to others. We play Scottish and Irish festivals across the country, along with playing in Scotland and Ireland many times. So, to be exposed to some people that might not have been interested in this type of genre is great.

“We are a Scots American folk band, so many people don’t know much about that type of genre. So hopefully, they will enjoy it.”

Miller, who plays bagpipes and bodhran, said the band has been together for 21 years. The newest trio member, Sarah Yingst, joined a year ago. Miller and Yingst live in Greenwood. Patrick Norris, who plays guitar, lives in Whiteland. All three share vocals.

Since the COVID-19 pandemic hit the U.S. hard in mid-March 2020, performing live has been limited.

“We actually had a couple of live shows recently, and we do the Facebook Live stuff occasionally for our fans,” he said. “Any opportunity to play is greatly appreciated.”

Highland Reign played a Scottish festival in Kentucky in September.

“it was outside, and everyone wore masks and social distanced,” he said. “We actually have shows in March in southern Indiana and a Celtic festival in Texas in mid-March. I believe we are actually going to play live at 9 Irish Brothers on Mass Ave. (in Indianapolis) on St. Patrick’s Day.”