You are at:Home»Current in Carmel»Carmel Community»Keyes brings extensive background in disability rights to Carmel advisory committee

The City of Carmel’s newest member of the advisory committee on disability has an extensive background.

Melissa Keyes has been the executive director for Indiana Disability Rights since November 2019. She started as the legal director for the organization in January 2014. 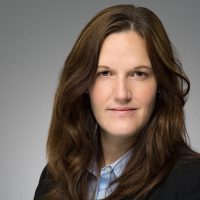 “I have been working in and around the disability community in various roles for over 20 years,” said Keyes, who recently attended her first Carmel committee meeting. “I have done work at the national and state level, and as a resident, I wanted to participate at the local level. As a person with my own struggles, as a parent, and as a professional in this field, I felt my perspective would be beneficial and that I could have an impact on this community.”

Keyes has attention-deficit disorder, as does her 6-year-old son.

“In college and law school is when I first decided to seek help for what I was experiencing,” she said. “I tried medication and different coping strategies. But it was still very stigmatized. No one wants to be an attorney that identifies as having ADD or anything like that. As I figured out what I need to be successful, I realized it’s more of just a different way of thinking and different way of processing. I didn’t want my son to grow up thinking he had to be ashamed or embarrassed about needing help or that he thinks through things and processes things a different way. At the end of the day, we all need help in some form or another.”

She said she wants her son to embrace the unique qualities that he has and not feel he has anything to hide.

“He’s a unique thinker and he’s very bright,” Keyes said. “He has a lot of creativity.”

Keyes, who moved to Carmel from Indianapolis in 2018, earned her master’s degree in clinical rehabilitation psychology from IUPUI in 2007. She graduated from the Indiana University School of Law in 2011.

“I would really like to see more inclusion of people with disabilities in decision-making at the local level,” Keyes said.  “As for my role, I’m still trying to figure out the goals for the committee and how I can best use my skills and perspective to help further the group’s mission.”

A friend on the Fishers’ advisory committee on disability told Keyes there was a similar group in Carmel.

“I was interested in learning more, so I reached out to (committee coordinator) David (Littlejohn) about openings or opportunities for participation,” she said.

“She has extensive experience in dealing with accessibility and disability employment issues, which are two of the three subcommittees that the committee will focus on, and she had already been helping us to understand some of the legal issues in those areas,” Campbell said.

In her role as Indiana Disability Rights executive director, Keyes said she attends many policy meetings, covering a wide variety of topics.

Early in her career, Keyes said her focus was on trying to remove obstacles.

Keyes said Indiana has great advocates at the state and local level.

“The hardest part is to address those cultural and historical stereotypes and barriers that are impacting the true inclusion of people with disabilities,” she said.