As a teenager put to work by his father in the family’s homebuilding business, Paul Estridge Jr. did not envision a future in the same field. 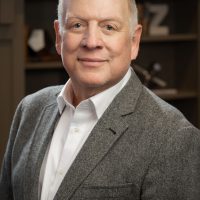 “The work (my father) had me do was not fun work,” he said. “But I can say now that everything he had me do, whether he knew it was going to happen or not, has contributed to the knowledge that I was able to carry forward in my own career.”

Although reluctant at first, Estridge ended up following in his father’s footsteps, launching The Estridge Group in 1983. He credits his father, Paul Estridge Sr., who founded the Estridge family of companies in 1967, in helping him learn the work ethic, values and ability to work through challenges that has led his current company — Estridge Homes — to become one of the most prolific in central Indiana in recent years, closing nearly 600 homes between 2014 to 2020. 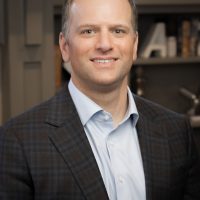 But on March 2, the Westfield resident announced that he would step back from managing daily operations of the Carmel-based business and transition the company to a newly appointed leadership team, although he plans to remain an owner and mentor and assist with strategic planning.

Estridge, 63, said the transition has long been in the works. He said the leadership change is unrelated to his diagnosis two years ago of idiopathic pulmonary fibrosis, a progressive and incurable lung disease that leads to difficulty breathing. It’s been less than two months since Estridge was discharged from IU Health Methodist hospital after receiving a single-lung transplant, from which he is recovering well. 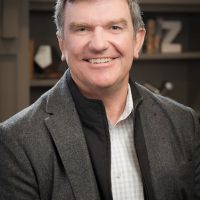 Estridge, 63, said he has good reason to have full faith in the new leadership team’s ability to manage the company, which built the Harmony and Serenade neighborhoods in Westfield and recently began developing luxury townhomes.

“Since COVID hit, I’ve been quarantined, so they’ve really been running the company,” he said. “As a result, we’re experiencing some of the greatest success we have had in 10 or 15 years. I’m very confident in our ability. It allows me to think about other things I would like to do in this life extension I’ve been given.”

With more time on his hands, Estridge is looking forward to helping launch a new restaurant, which will happen when Monterey Coastal Cuisine opens its doors March 17 on Main Street in Carmel. He is part-owner of the new business. He also plans to volunteer to help people struggling with mental health issues, particularly those who battle thoughts of suicide.

Giving back to the community is nothing new to Estridge, as in 2007 his family created the Estridge Family Trust Foundation, which has granted more than $5 million to charitable organizations, including Conner Prairie, Northview Church, Trinity Free Clinic, the Indiana Children’s Wish Fund and many others.

“Paul has been an important member of the Westfield community for decades. He has done more than build neighborhoods, he has built lifestyles and communities,” Willis stated. “Additionally, the impacts he has made in Hamilton County is truly felt through the generous donations he has made through the Estridge family foundation. Paul’s passion for service and making the community he lives in better and his legacy will extend far beyond the life of his homes.“

As he reflected on his career, Estridge said he is proud of being able to enrich lives by providing jobs, homes and neighborhoods and treating all involved with respect. He’s also enjoyed watching the business launch a long line of successful careers.

“We’ve been a company that has been a good garden for people to take root and grow,” he said. “Whether they’ve remained with us or moved on, there are many, many who got their start with us that have had exceedingly successful careers in real estate and homebuilding. I love watching that happen, watching people grow and have great success and hoping they took a little bit of something we instilled in them with them.”