You are at:Home»Lifestyle»Inside and Out»Column: ‘Sneek peek’ at a bathroom redesign 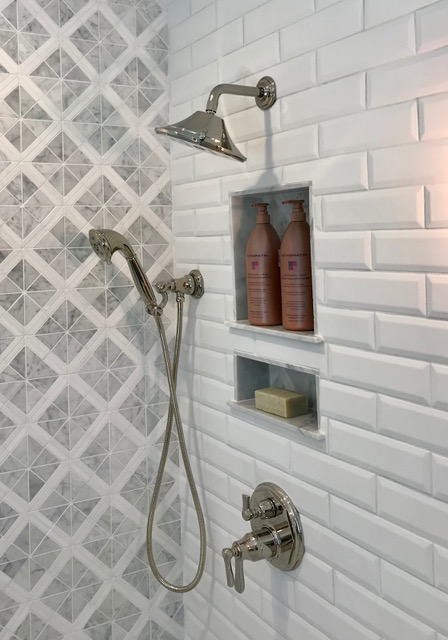 A ‘sneak peek’ of a remodeled bathroom in a home that was built in 1929. (Submitted photo)

Earlier this year, we were offered the privilege of participating in the 60th annual St. Margaret’s Hospital Guild Decorators’ Show House. We, along with nearly two dozen other design firms, have been busy transforming a stately home on Meridian Street in Indianapolis. The home was built in 1929 and still retains much of its original detailing.

We were tasked with redesigning an existing small guest bathroom that had access from a bedroom and an adjacent hallway. The bathroom had been previously remodeled in a way that limited its potential. We wanted to take this opportunity to share with you a “sneak peek” of our soon-to-be-revealed design.

One of the challenges of transforming this relatively modern-era bathroom into a serene en suite was the existence of a door that led directly to the front hallway. By removing the extra door, we were able to enlarge the shower as well as relocate the vanity. The incorporation of an exquisite lattice-pattern decorative wall tile, modern subway tile and stained wood accents add a touch of sophistication while providing a relatively neutral background for personalizing the space to suit the vibrant personality of the homeowners.

We hope you will find time to visit the Decorators’ Show House (April 24 through May 9). For ticket information, contact the Guild by visiting showhouseindy.org.