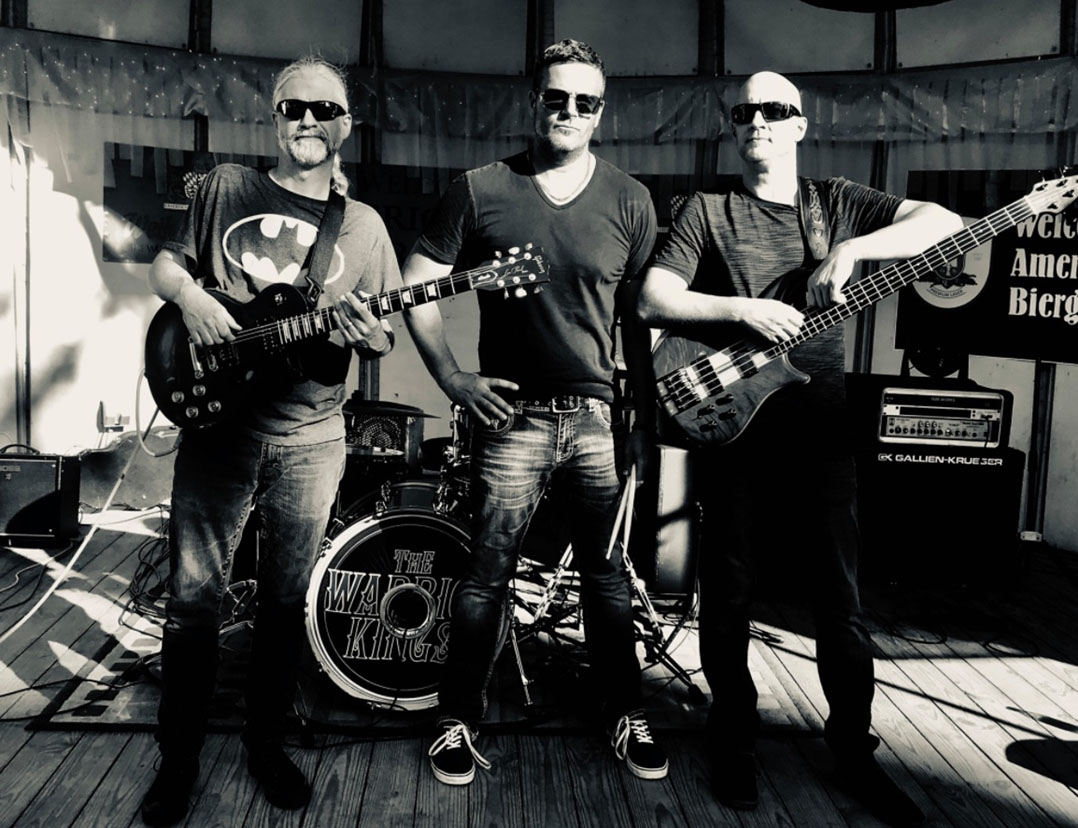 Benjamin Williams is the rare performer who handles lead vocals and drums in a rock band – a bit of a departure from traditional roles.

Then again, the power trio he performs with – The Warrior Kings – has a bit of a non-traditional approach to playing rock music.

“(We’re) a hard rock band with a dark blues soul,” Williams said. “Our goal at every live show is for the three of us to connect, make the pocket big, listen, respond and not be afraid to take chances, particularly in jamming sequences.

“We tell ourselves, if we can make the stage sound good, then the rest will take care of itself.”

Founded in 2010, The Warrior Kings have recorded three studio albums, two live albums and plan to record another studio album later this year. Based in Indianapolis, the band has performed throughout central Indiana and the Chicagoland area and has played venues such as the Slippery Noodle and The Rathskeller in Indianapolis and festivals, including CarmelFest, in and around Hamilton County.

“We are extremely grateful for the opportunity that the Carmel Center for the Performing Arts is providing,” Williams said. “We appreciate their efforts in keeping the music alive in these challenging times. What they are doing for the relatively unknown local musician is powerful and will pay dividends for the community in the future.”

To register for the livestream, visit thecenterpresents.org. For more on The Warrior Kings, visit thewarriorkings.com.