You are at:Home»Current in Fishers»Fishers Community»Geist resident Benner selected for USBWA Hall of Fame

Bill Benner didn’t know what to make of a text message from CBS analyst Seth Davis. 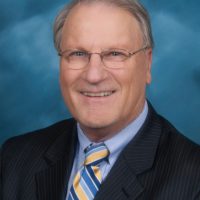 “I was emotional,” Benner said. “I was thrilled. I thanked Malcolm, especially, for having a long memory to remember when I was actually a daily basketball writer. Malcolm very kindly said he couldn’t believe I hadn’t been inducted already and it was an oversight.”

“It’s a capstone on my career,” said Benner, who was inducted into the Indiana Sportswriters and Sportscasters Association Hall of Fame in 2017.

Benner said it’s special to have peers look back at his body of work and highly regard it. As he looks on the names in the USBWA Hall of Fame, he is humbled.

“There are some sports writing giants in that Basketball Writers Hall of Fame,” he said.

The tentative plan is for the USBWA to conduct a virtual induction during the NCAA Men’s Final Four in Indianapolis this year and then hopefully honor the 2020, 2021 and 2022 inductees in person at the 2022 Final Four in New Orleans.

Benner, 72, retired in June 2020 as senior vice president for corporate, community and public relations for Pacers Sports & Entertainment and executive director of the Pacers Foundation.

“I covered the (Olympic) Dream Team in Barcelona in 1992,” he said. “I’m proud of what I got to cover in terms of international basketball. I covered Brazil upsetting the U.S. in the Pan Am Games (in Indianapolis in 1987).”

Covering the Indiana/Purdue rivalry when IU coach Bob Knight and Keady were at the controls was unparalleled.

“You can talk about Duke/North Carolina and Louisville/Kentucky, but when Knight and Keady were there, there was nothing like walking into Assembly Hall or Mackey Arena,” he said.

Benner chronicled when unbeaten Indiana won the NCAA title in 1976 and Keith Smart hit the shot to lift Indiana University to the 1987 NCAA championship. Another highlight was when Reggie Miller scored eight points in 8.9 seconds as the Indiana Pacers rallied to beat the host New York Knicks in a 1995 playoff game.

He covered the Pacers’ first game in Market Square Arena and was there for Indiana’s first and only trip to the NBA Finals in 2000.

Benner and his wife, Sherry, moved to Geist in 1988. Their daughters, Allison and Ashley, both graduated from Hamilton Southeastern High School