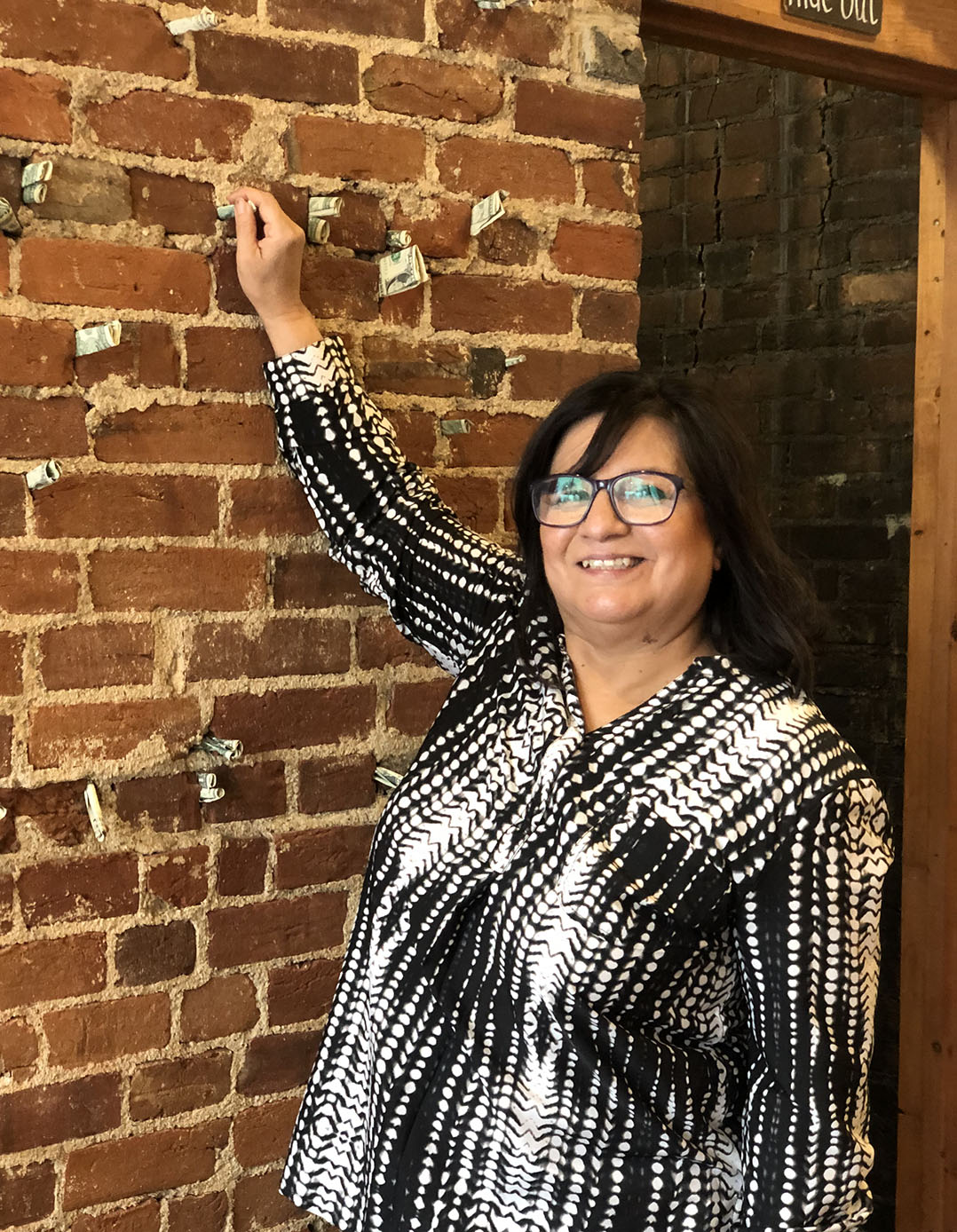 Money doesn’t grow on trees, but it does seem to grow inside the historic brick walls of Texy Mexy.

Texy Mexy owner Sophie Abell said stuffing cash into cracks in the walls of the 130-year-old building started organically by an unknown customer. But soon, other customers started following suit. 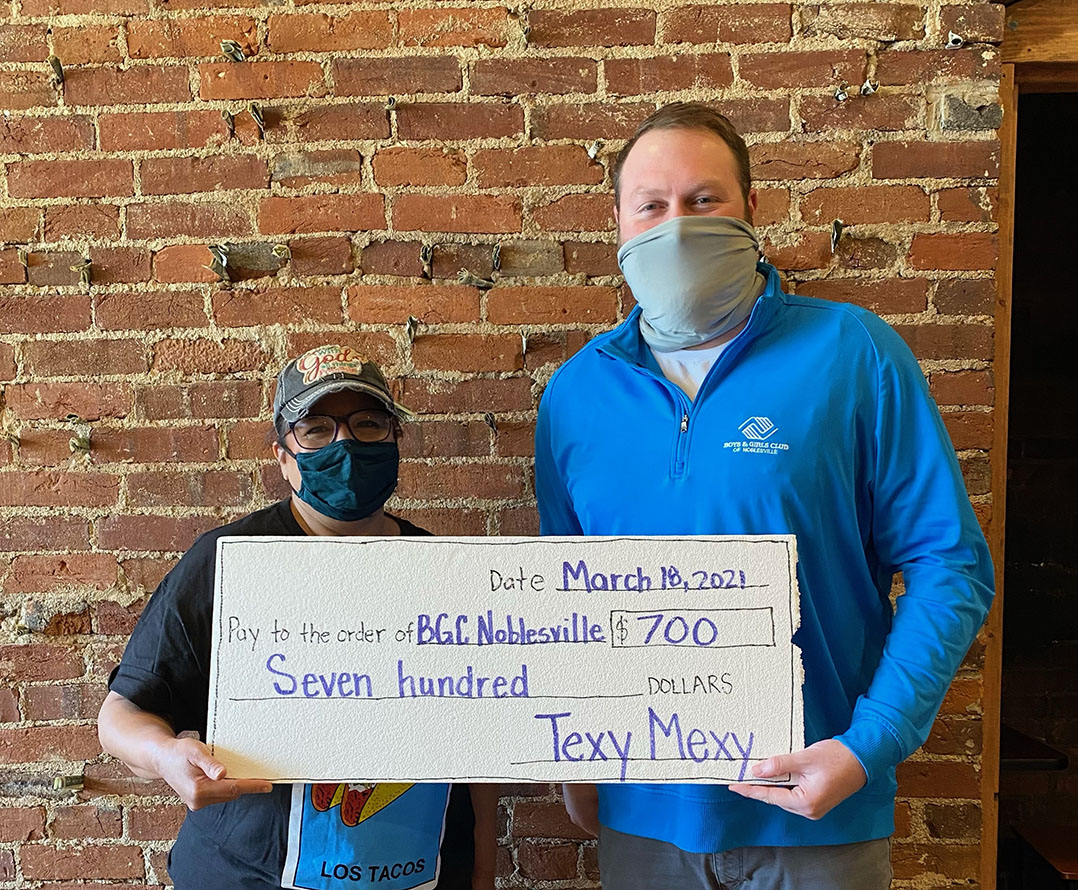 Six months after the tradition started, Abell gave $700 each to the Boys & Girls Club of Noblesville and SERVE Noblesville.

“So, there was a customer who came in and she put a couple dollars in (the wall) and said it would be fun to put dollars in the wall,” Abell said. “So, we just left it. Then, customers were putting money in the walls and they didn’t know why, and my husband and I decided we’ll just donate it to a local Noblesville charity.”

When customers learned the reason behind the donations, the dollars increased. It became a trendy thing to do.

“We saw little kids running in with their dollar to put it in,” Abell said. “Then we noticed people were taking selfies putting their dollar in, so that was kind of cool. It turned out to be more of an experience for people.”

In the bar, Abell said she noticed $5 bills were stuffed into the cracks in the mortar.

“I guess tequila makes you generous,” she said, laughing. “When we took it all out, we did find some 20s. We found quite a lot of fives and $2 bills, and we also found coins just kind of stuck in. So, yeah, it was fun. We are going to do it again, hopefully. I already see some on the walls (again).”

Abell decided to make the donations when most of the mortar holes were filled with money. She also solicited businesses to match the donations. Church, Church, Hittle and Antrim, Peterson Architecture and Scaggs Insurance all donated.

Darren Peterson, principal architect of Peterson Architecture and the Noblesville Common Council president, is Abell’s architect and an occasional bartender at the restaurant. Through his involvement with the company, Peterson learned of Abell’s generosity.

“I first met Texy Mexy when I was the market master for the Thursday Market and fell in love with the food, their great energy and passion for the food craft.  I became (Abell’s) architect when they moved to a permanent location on the square, and now occasionally bartend for Texy Mexy when they are busy or understaffed,” Peterson said. “During that time, it has been wonderful to watch Sophie interact with her employees, mostly high school kids, and for a lot of them it is their first job. She treats everyone like family and is very kind and generous with her time, experience and talents in the restaurant business.

“I really appreciate their positive attitude and work ethic, in spite of everything they have gone through this last year.  When she announced she was making this donation to a couple of community partners, of course I wanted to be a part of that energy and kindness.” 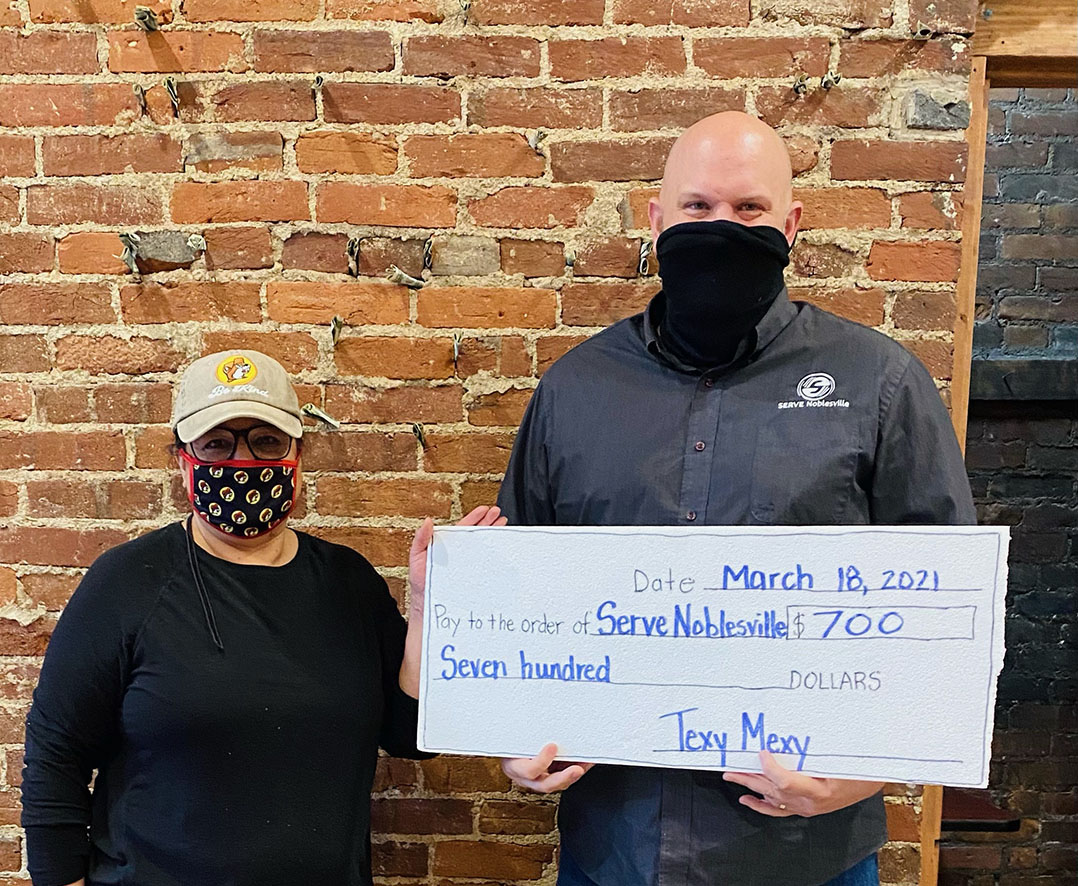 Abell chose the Boys & Girls Club of Noblesville and SERVE Noblesville because of their work in the community.

“Both of them have been hit hard by the pandemic and are continuing their work through the pandemic,” Abell said. 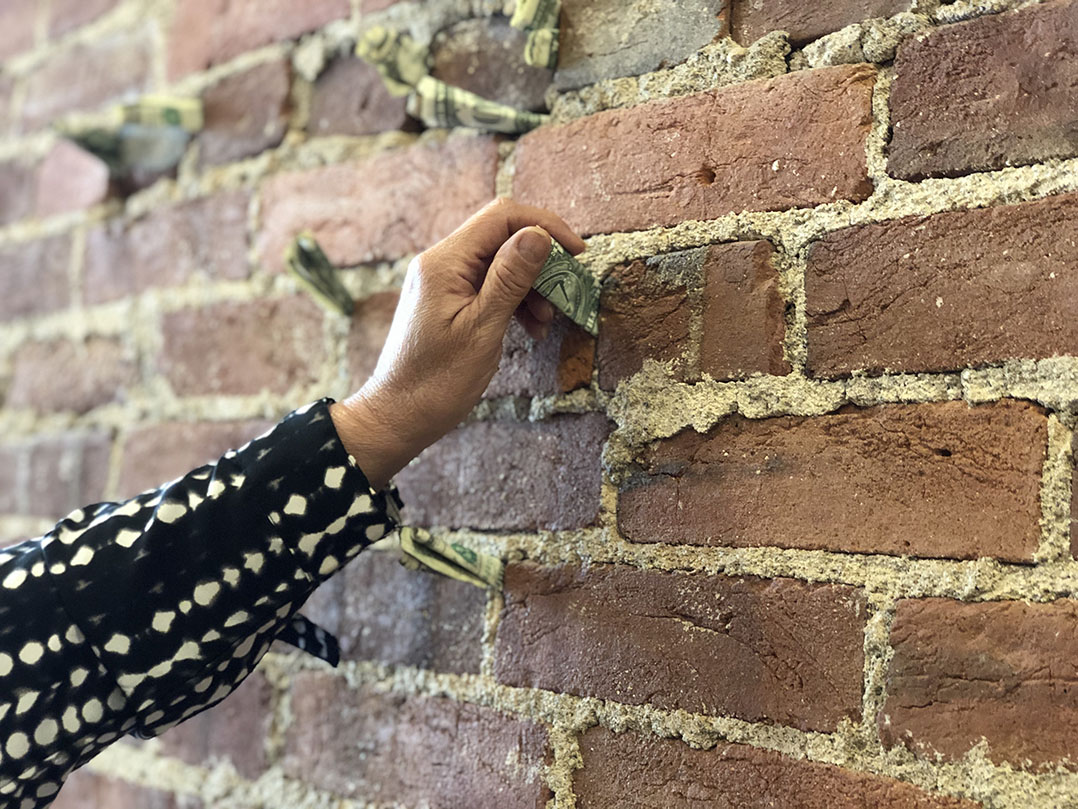 Giving back to the community

Texy Mexy owner Sophie Abell received two Noblesville small business resiliency grants that the city awarded during the pandemic, and she wanted to give back to the community that helped her business stay afloat during the difficult time.

“It was really cool how it took off organically,” she said. “You know, for us, it’s like you can make a difference with one dollar in your community. This was a way we could give back, because the small businesses were taken care of, but the nonprofits, they still suffered from the pandemic.”

Although there’s money hanging out of dozens of holes in the brick walls, Abell isn’t worried about stealing.

“People ask us that all the time,” she said. “There’s cameras everywhere, but I’m like, ‘If you need a dollar that bad, it’s OK.’”