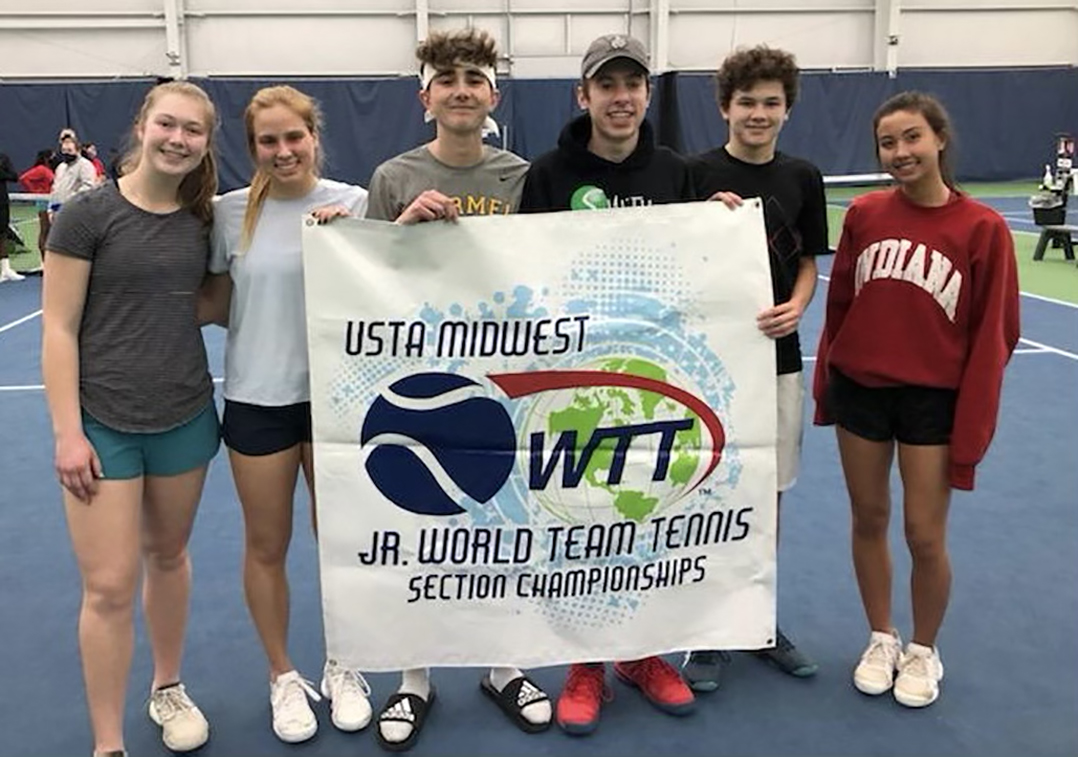 “The five of us grew up playing together,” Antony said of her USTA junior tennis team. “Ever since we were about 8, we were put in classes together and hung out. With this, our bond as a group is strong and we really wanted it this year, especially since four of the six of us are seniors. It was extra special because we always came up short, so this year we feel like we really worked hard and improved. We felt as if we earned it, and it was an amazing feeling when we realized we won.”

The team, comprised of three girls and three boys, won the Junior World Team USTA Midwest Section Qualifier March 13-14 in Pendleton and advance to nationals June 29 to July 1 in Orlando. The five members who have been together include three other players from CHS, seniors Jones McNamar and Emma Brune and junior Eli Mercer and Fishers High School senior Lucy Loy.

Five 18-and-under teams participated in the qualifier, which was played in a round robin format. Antony’s team, representing Central Indiana district, won 171 games to earn the title, followed by a team from northern Illinois, which won 153 games to finish second.

The third boy on Antony’s team has changed every year, but this year it was West Lafayette High School junior Aidan William.

“The key for us this year was our three strong boys,” Antony said. “In the past years, the boys have lost due to being overpowered in size and strength. This year, our boys singles and doubles games improved tremendously and they ended up evening out some of the other match losses. We were competitive with other teams in the past but struggled to win matches.”

Mercer said the team has performed better in tournament every year.

“This year we felt very confident because last year we were very close to going to nationals,” Mercer said.

Mercer played No. 2 singles for the Greyhounds’ state high school champion team in 2020. McNamar won the state doubles title with Uday Lomada in 2019 and Srisanth Malpeddi in 2020.

Antony was part of a state doubles winning team with Lauren Littell in 2019.

Antony plans to play club tennis at Indiana University. Loy will play tennis for the University of Nebraska and McNamar will play for Marian University.