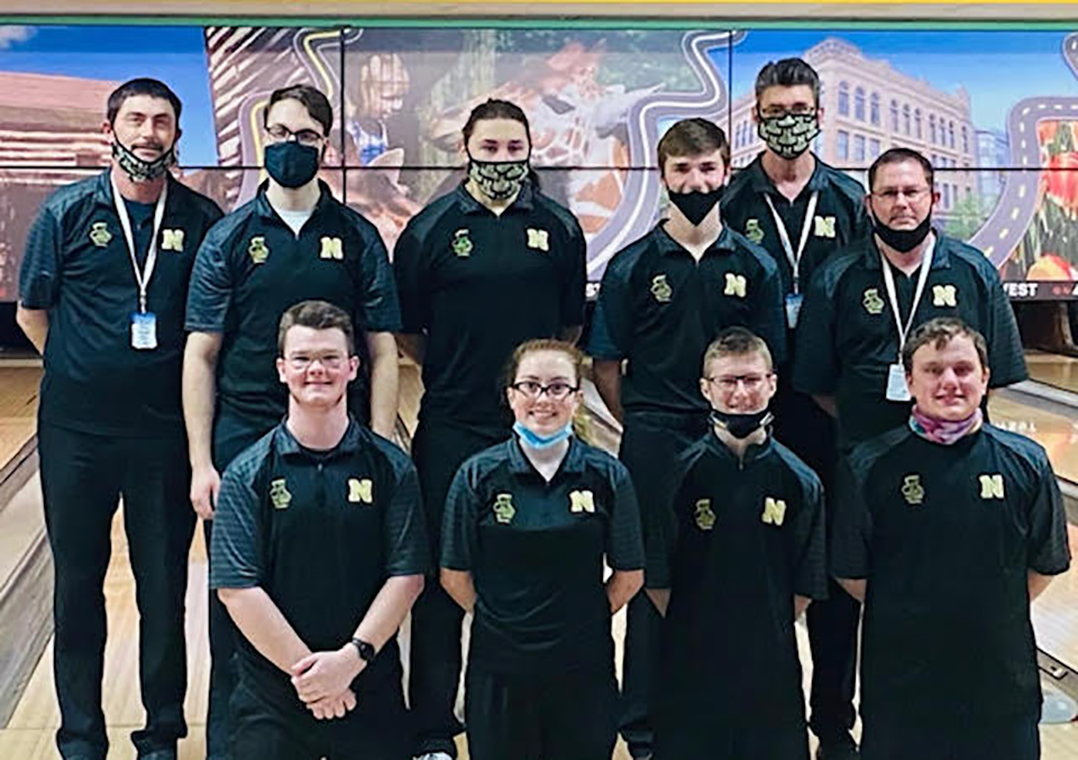 “That was what I call a kick in the pants,” said Doug Smith, one of Noblesville’s co-coaches. “When we came to sectional time two days later, we couldn’t miss. We shot phenomenal. It was one of the wake-up moments.”

Noblesville qualified first for the team stepladder finals and beat Eastside in the boys team championship.

“The kids worked hard on their craft and took heart to what the coaches were telling them, and it paid off,” Smith said.

Smith added that team members showed patience as the season’s postseason was delayed because of COVID-19 pandemic concerns. The state tournament typically ends in February.

Because Noblesville didn’t have enough girls to field a girls team, junior Lena Tarzwell bowled on the boys team. In 2020, Noblesville had two girls on the team.

Tarzwell’s dad, Tom Tarzwell, is one of the other two coaches, along with Jamie Elliott.

“We have a solid group of kid. They worked hard individually throughout the summer and off-season to raise their averages,” Tom Tarzwell said.

Smith’s son, senior Nathan Smith, finished third in the state with a 231 average, and sophomore Cayden Russell, a transfer student, was fourth in state with a 228 average.

The other two seniors on the team were Noah Tannenbaum and McKinley Brooks. The team also included juniors Zach Wilson and Andrew Elliott.

Nathan Smith finished fourth in the state individual stepladder finals. Nathan had captured the state championship as a freshman.

“This year was stressful during COVID and rules had been changing,” Nathan said. “At the start, I didn’t even know if we were going to have a season or complete one. To finish the season and win as a team was great. It just feels amazing.”

Nathan averaged 237 as a junior, so his average was down six pins.

“It was mainly because our conference was split in two and I bowled in the two hardest houses, so 231 while hitting the harder conditions, I would say that’s a win on my part,” Nathan said.

The two houses were older houses in Alexandria and Elwood with old wooden lanes.

Nathan plans to attend Wichita State University and compete for a spot on its powerful men’s bowling team, which has won 11 national titles.