For Lawrence North High School senior Jayla Smith, the statistic that has always mattered the most is the number of victories. 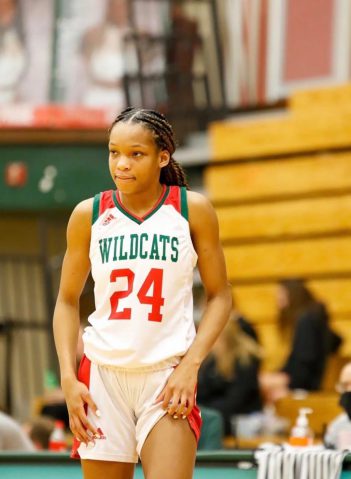 “Jayla was always first and foremost about winning. I never once in four years had to get on her about being selfish on the floor, ever,” Lawrence North coach Chris Giffin said. “She was at times too unselfish, especially her sophomore and junior seasons. She was so angry and personally motivated after we made it to the state championship game and lost her sophomore year, that she proclaimed that very night, in post-game comments, that we would be back, and that we would win. That’s all you to need to say about her desire to win.”

The Wildcats defeated Northwestern to win the Class 4A state title in 2020 after losing to Hamilton Southeastern in the 2019 final.

As a senior, the Purdue-bound Smith averaged 19.5 points and 4.6 steals while leading a less-experienced team to a 17-9 record, losing to North Central in the sectional. Smith was named Indiana Miss Basketball March 19 and will lead the Indiana All-Star Team against Kentucky in June. Smith edged out Heritage Christian senior Ari Wiggins by six votes.

“Jayla was the frontrunner entering the season to many, and I think that was based in large part on the various individual and team accomplishments she had earned her first three seasons,” Giffin said. “Considering the incredible successes our program has achieved just the past nine years alone, it is the ultimate recognition that she was a part of the first-ever state championship in school history, the ninth Indiana All Star in the last nine years, the school’s all-time scoring Leader and now the school’s one and only Miss Basketball. I couldn’t even begin to conceive of a more storybook high school career than the one that Jayla has just completed.”

Smith said she did feel a little pressure as a Miss Basketball frontrunner.

“There so many things you want to accomplish,” Smith said. “But I just gave it my all, that’s all you can do. This all starts with my teammates. If it weren’t for them, I wouldn’t be Miss Basketball. They really helped me get to this accomplishment that I’ve wanted.”

Smith said her leadership role was enhanced as the Wildcats graduated two Indiana All-Stars, Katie Davidson and Kristian Young, from the 2020 team.

“I had to guide my teammates on and off the court,” she said. “Especially losing the seniors we had (in 2020). It was almost like starting with a whole other team.”

Smith averaged 14.7 points as a junior and 16.1 points her sophomore year.

“Losing that state final game (in 2019) motivated me more than anything,” Smith said. “It made me more hungry to win state next year and accomplish so much more than that. Everybody knows I want to win and that’s my main goal.”

“I’m looking to thanking everyone who supported me in my journey to this point and just enjoying the experience,” she said. “I want to reminisce about the past and what my teammates and myself have accomplished.”

Smith committed to Purdue before her senior year.

“Purdue was a dream school of mine and I knew I want to go there as soon as they offered,” said Smith, who plans to major in organizational leadership. “Having my friends and family being able to come to see me means a lot to me.”