You are at:Home»Current in Fishers»Fishers Community»Intersection of Ind. 37 and 146th street closes Friday for a Week, the work-arounds 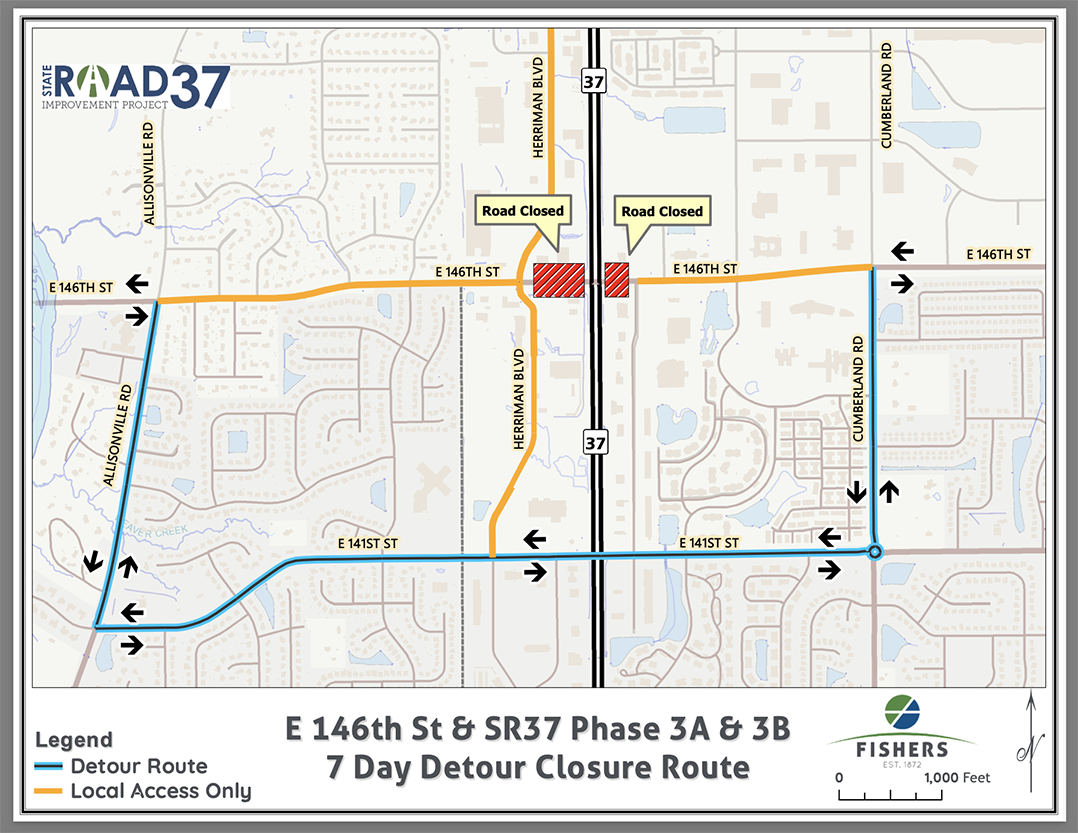 The City’s proposed alternate routes to avoid the road closures.

Beginning Friday, April 9, the intersection of Ind. 37 and 146th street will be closed for a scheduled seven-day period.

The closure does not affect the north and south bound traffic on Ind. 37, but it will create the need for work-arounds for those aiming to go east-west across 146th street. Several stretches of 146th will, as part of the seven-day project, be limited to local traffic only; including: the stretch of 146th between Allisonville Road and Herrman Boulevard, and 146th between Cumberland Road and Mundy Drive. Much of Herrman Boulevard north of 141st street will be limited to local traffic.

Other than not being able to crossover Ind. 37, local businesses should not greatly affected. Their normal access roads should be uninhibited. There are some possible exceptions. To get to the  Shell gas station on the west-side of Ind. 37, head north on Herrman from 141st. For the businesses on Mundy Road – CVS, Prairie Lakes of Noblesville, PNC and Regions Bank- approach from 141st street to the south, or turn off 146th, at the Jaggers, and cut across to Mundy.