You are at:Home»Current in Carmel»Carmel Community»Westfield runner completes 100th marathon in Carmel

This was not how Brad Schrock planned to end his 18-year journey. 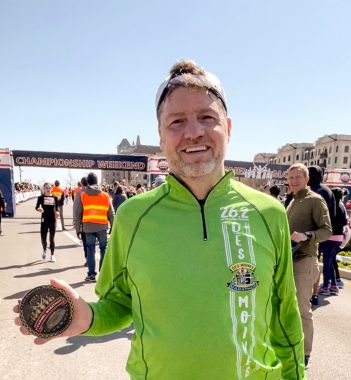 His quest to finish 100 marathons was supposed to be completed with the Big Sur Marathon in California in April 2020. The COVID-19 pandemic intervened, forcing the cancellation of the race, so the Westfield resident ended up completing his 100th marathon a few miles from home April 3 in the Carmel Marathon.

“I was stuck on 99 for a long time,” said Schrock, who completed the Carmel race in 3 hours and 46 minutes.

“When I heard Carmel was going to have it, I signed up,” he said.

Schrock, 56, had already completed his other five major running goals. One was to complete the Abbott World Marathon Majors of six marathons: Boston, New York, London, Chicago, Tokyo and Berlin. The Berlin race was his final one in 2019.

“I ran a little bit in high school but nothing worth talking about,” said Schrock, who ran cross country and track at Lebanon High School. “I was 38 and my job had changed a little bit in that I wasn’t as active as I was when I was younger. I was picking up a little weight and getting out of shape. I wanted to get a handle on that, so I started running in February of 2003 and I haven’t stopped.”

Schrock ran his first marathon in Akron, Ohio, in the fall of 2003.

Another goal he accomplished was running a marathon in all 50 states.

“I ran the inaugural one that was in June (2011), then they moved the date up to early April and it interfered with Boston every time,” he said. 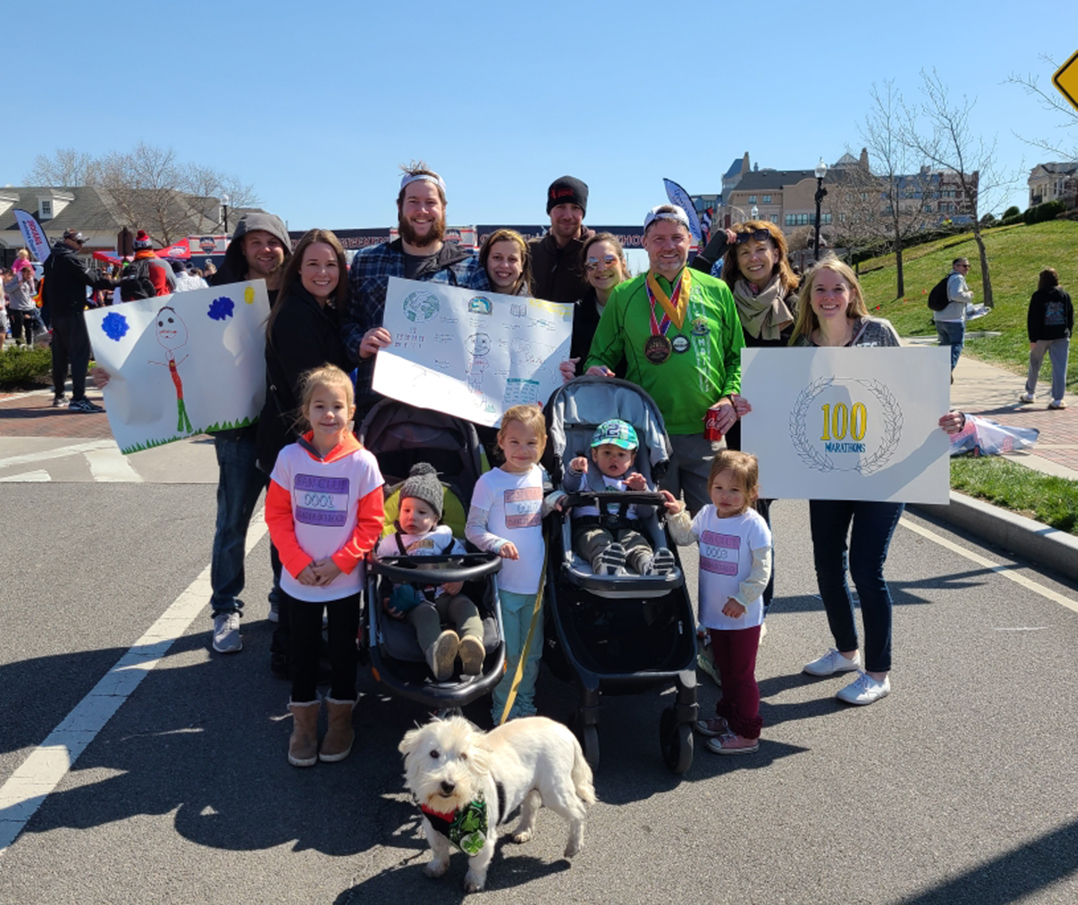 Brad Schrock pauses with family members who came out to support him during his 100th marathon. (Submitted photo)

Another goal was running a marathon on all seven continents.

“We want to continue to do international marathons to (continue) our travel hobby as well,” Schrock said.

Schrock logs all his miles. The final goal was to run a distance equal to the circumference of the earth, which is 24,859 miles.

“I finished that a year ago,” he said. “That (includes) training and races.”

His personal-best marathon time is 3:11. He achieved it in the 2012 Air Force Marathon in Dayton, Ohio.

Schrock’s wife, Melissa, runs half-marathons and has competed in 42 states.

His other daughter, Abbie, and son, Thomas, have run shorter distances. Sally lives in Westfield and his other three adult children live in Sheridan. His children and five grandchildren helped him celebrate his 100th marathon finish.

Schrock is CEO and co-owner of Custom Concrete in Westfield, which was started by his father-in-law.