The Boone County Commissioners won’t enact stricter mask mandates than the state government, meaning the county no longer required residents to wear masks in public as of April 6 when the state mandate expired.

However, the commissioners said individual businesses and offices – including offices in county buildings – could require masks to be worn. In such situations, if visitors refuse to wear a mask and leave the premises after being asked, they could be charged with trespassing, BCSO Major Brian Stevenson said.

The decision was announced at the April 5 Boone County Commissioners meeting, as the state’s mask mandate was set to expire the next day. Indiana’s mask mandate became a state mask advisory on April 6, though face coverings remain mandatory in all state buildings and facilities and in all COVID-19 vaccination and testing sites.

Indiana Gov. Eric Holcomb said during a March 23 address that masks would also continue to be required at all K-12 schools for the remainder of the 2020-21 school year.

“I’ve been a commissioner for 12 years, and I don’t think we’ve dealt with anything even remotely as close to being as difficult as this,” Boone County Commissioner Jeff Wolfe said. “We’ve had to make some tough decisions that were not always popular. We’ve done some things that we’ve looked back on and said, ‘That probably wasn’t the right thing to do.’ But we learn and we move forward.”

Wolfe said the number of partially vaccinated residents in the county approached 50 percent as of April 5, with more vaccinations scheduled in the coming weeks, leading commissioners to believe circumstances have changed since masks were first mandated by the state in July 2020 and vaccinations began in December 2020.

“It’s just an incredible feat considering we started this weeks ago,” Wolfe said. “As we move forward, we have taken this change from the state, and we have discussed it, and at this time, we don’t see that we should add additional mandates to what people are doing. We (believe) that the people of Boone County have taken responsibility for themselves.”

Wolfe said residents should continue following guidelines from health officials, including wearing a mask in large crowds, but that the decision to follow the guidance is “your personal decision from this point forward, according to what the governor has laid out.”

“I think (the dangers of the COVID-19 pandemic) is a personal responsibility issue that we all clearly understand, and (residents) have access to CDC guidelines and, certainly, state information,” Tom Santelli, president of the Boone County Commissioners, said during the meeting. “We’ve learned a lot, and the science will continue to evolve, and we reserve the right to, as we get more information, work hard to preserve everyone’s individual freedoms.” 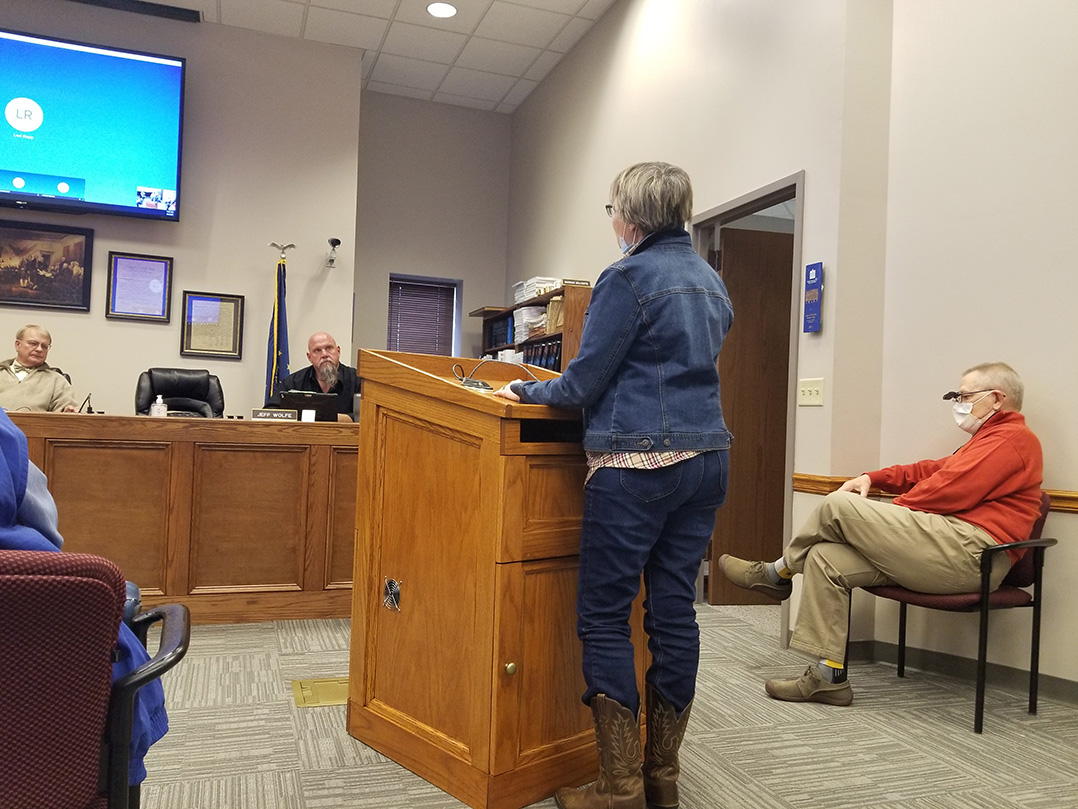 What people are saying

“There is no justification to keep us under a state of fear and to keep society under mandates instead of education and guidelines, (although some focus) on forcing people or incentivizing people to participate in a system that has not yet been proven,” Wilson said.

Wilson said increasing COVID-19 case numbers in states with stricter mandates, such as Michigan – a state that requires residents to wear face coverings in public – proved mask mandates aren’t slowing the pandemic, although cases are increasing on average across the nation.

“Keeping that in mind, this may not be the wholesale solution to protecting those who are vulnerable,” Wilson said.

“(That’s) the one thing that’s helped us during the pandemic. (They) are the best thing we’ve done,” Servies said during the April 5 meeting. “My advice is we wear a mask, period. If you just look at what’s happened at March Madness, our positivity rate down in Marion County has gone from 3.2 (percent) to 4.1 (percent) in these last three weeks or so. And then we had this 23-year-old (man) who went to the Alabama basketball game, and four days later he’s dead.”

Servies said Witham Health Services, where he practices, has three of its eight COVID-19 dedicated beds filled, one by an otherwise healthy 50-year-old patient on a ventilator.

“I’m a scientist. I believe in what the CDC has been doing,” Servies said. “The CDC still recommends masks (be worn). I’m going to continue to wear a mask, no matter what. It’s still here. I don’t disagree with letting folks make a decision about the mask, but I think they are silly if they are not wearing a mask. They are kidding themselves.”