You are at:Home»Current in Carmel»Carmel Community»Murder of ‘friendly,’ ‘light-hearted’ Carmel man stuns friends

Fran Kelley and Tom Miller grew up a mile away from each other on the west side of Cleveland but didn’t meet until years later when they were both employed at a bank in Indianapolis.

The co-workers found they had much in common and remained close friends after Kelley switched jobs a few years ago. So when Kelley, 46, suddenly stopped communicating with Miller in mid-January, the weekend of Kelley’s birthday and a Cleveland Browns divisional playoff game, Miller figured something was wrong.

But he never could have imagined what it turned out to be.

Kelley was found dead in his Carmel home Jan. 18, with investigators concluding he had eaten fentanyl-laced oatmeal before being strangled. His ex-girlfriend, her daughter and her daughter’s then-boyfriend were arrested and charged in March in connection with his death.

Miller, a Westfield resident, said he was shocked by the news, as Kelley had never indicated having a troubled relationship. The murder did not fit what Miller knew of his friend.

“He was a very friendly, light-hearted, nice guy to be around. He always had this very pleasant and enjoyable demeanor,” Miller said. “There’s a picture that he used to have on his Facebook posting, of him with his head cocked to the side with a big smile on his face, and that’s the way I remember him.” 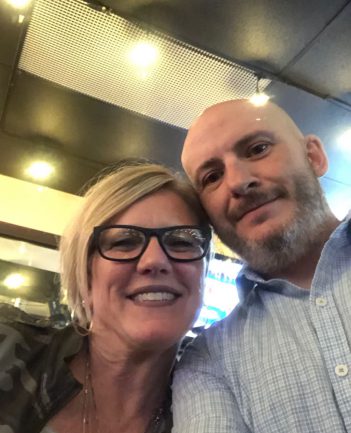 Another longtime friend and former co-worker, Robin Spangler, remembers Kelley, a father of two daughters, much the same way.

“He’d spend as much time as possible with his friends and family. He really enjoyed life,” Spangler said. “He was his own quirky guy. On Fridays, he’d go to the gym and go to the grocery when everybody else would go out. That was his thing. He was just a funny, fun, great guy.”

Miller described Kelley as a “really good dad,” a fact he believes may have cost him his life. Investigators stated in a probable cause affidavit that a custody dispute between Kelley and his ex-girlfriend over their 2-year-old daughter was a motive for the murder.

“It would appear to me that his desire to be a good dad and desire to be involved in the life of his kids is what led to this unbelievably tragic thing,” Miller said. “I can’t see any other reason for it. He loved his daughters and wanted to be able to spend time with his daughters.”