Eric Baker was frustrated. He had a passion for table tennis, ran a club for it at Anderson University and wanted others to share his passion, but people kept quitting. They would show up to the club eager to play with cheap paddles, get trounced by someone more skilled with expensive equipment and not return.

Baker, a 34-year-old Fishers resident from Naperville, Ill., saw an opportunity to make the game more cost-friendly to the average player by creating a high-quality paddle for considerably less cost than Olympic-quality equipment. Two years ago, he founded CountersStrike Table Tennis, which manufactures and sells high-quality table tennis paddles and accessories at dramatically lower prices than high-end competitors. 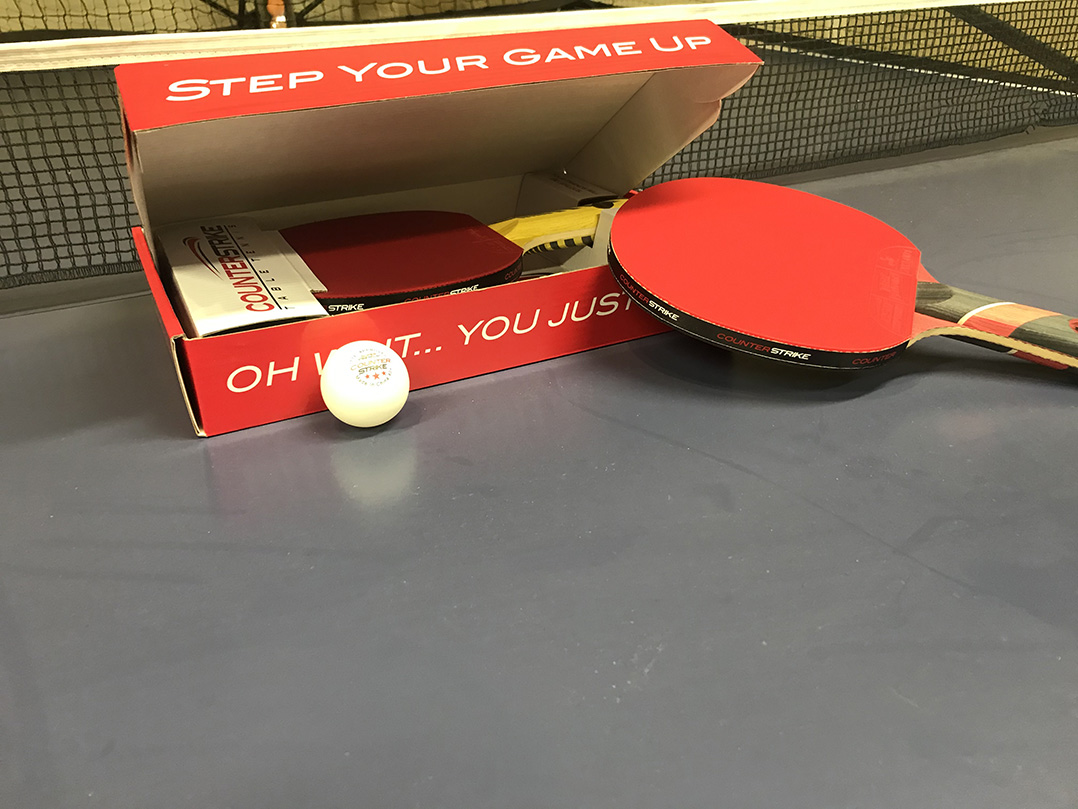 An equipment package from CounterStrike. The company sells their own blades, paddles and ping pong balls.

“I’ve always seen some sort of need for pro equipment but not at $300. I’ve known that for almost 20 years,” said Baker, whose also is a senior director of marketing and communication with Kittle Property Group. “I’ve been working on this for two years. The first step was buying the most expensive and best-selling table tennis equipment and then doing research and development on which wood they use and how many layers they use, which carbon, and mocking my first set of paddles to it.”

CounterStrike paddles range in price from $41 to $75. The company sells pre-assembled paddles, accessories for custom paddles and table tennis balls. CounterStrike has offensive- and defensive-oriented paddles and combination paddles that are good for beginners.

For more information on CounterStrike: cstabletennis.com/shop/