Correction: The Boone County Health Dept. will temporarily close its vaccination clinic from April 26 to May 3. It will reopen May 4 at the same location. A previous version of this story stated the clinic would be closed through May 4.

The Boone County Health Dept. will close its Boone County 4-H Fairgrounds vaccination clinic from April 26 to May 3 because another event is scheduled to use the space during the week.

Boone County Commissioner Tom Santelli said that in 2020 an antique show reserved the entire fairgrounds for an event from April 26 to May 3. He said the commissioners are contractually obligated to honor the reservation. 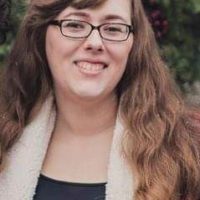 Instead of seeking a temporary outdoor clinic site, BCHD chose to wait until the location is available again. BCHD Public Health Educator Claire Haughton said the week off would allow the departments volunteers to “take a break” after months of administering immunizations. To date, the clinic has administered more than 20,000 vaccinations. To schedule an appointment, visit ourshot.in.gov.

“The health department, rather than move it to a tent or some other place, they felt the best option would be to pause the clinic and then come back online after the show that had previously contracted to rent all the buildings,” Santelli said. “And we’ve got another challenge, if you will, during the 4-H fair. We are looking at needing that facility two weeks before the fair, so we are still looking at that piece of it.” 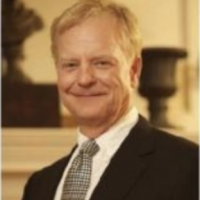 The 2021 Boone County 4-H Fair is scheduled for July 17-23. Santelli said the only way the fair would be canceled is if the county is given a red designation on the state’s color-coded advisory map.  Last year, the fair was canceled the day before it was scheduled to begin because of the spread of COVID-19.

Boone County was given a yellow designation on the state’s color-coded coronavirus map April 14, indicating measurably increased spread of COVID-19 in the community. Santelli said because events are allowed if the county does not have a red designation, it is important for event organizers submit plans accounting for multiple color-designation scenarios. Organizers of Whitestown’s Viking Fest, scheduled for April 23-25, did so in a move Santelli described as “forward thinking.”

“The other side of this is that we just added another building to the 4-H fairgrounds, and we are already exceeding the need, so we really need to look at expanding the 4-H fairgrounds,” Santelli said. “We could be doing more extension programs if we had more space.”

In addition, the extra space would give the county more options to establish vaccination clinics and other sites in the event of future public health emergencies, Santelli said.

The BCHD also is working to set up a clinic for high school students. The clinic is targeted for May, but an exact date, time and location have not been set.

“Primarily, it keeps the schools open,” Santelli said. “High schoolers tend to be more mobile because of their social network, so having them vaccinated is a huge step forward.”