You are at:Home»Current in Carmel»Carmel Community»Carmel council approves rezone for northwest-side neighborhood with single-, two-family homes 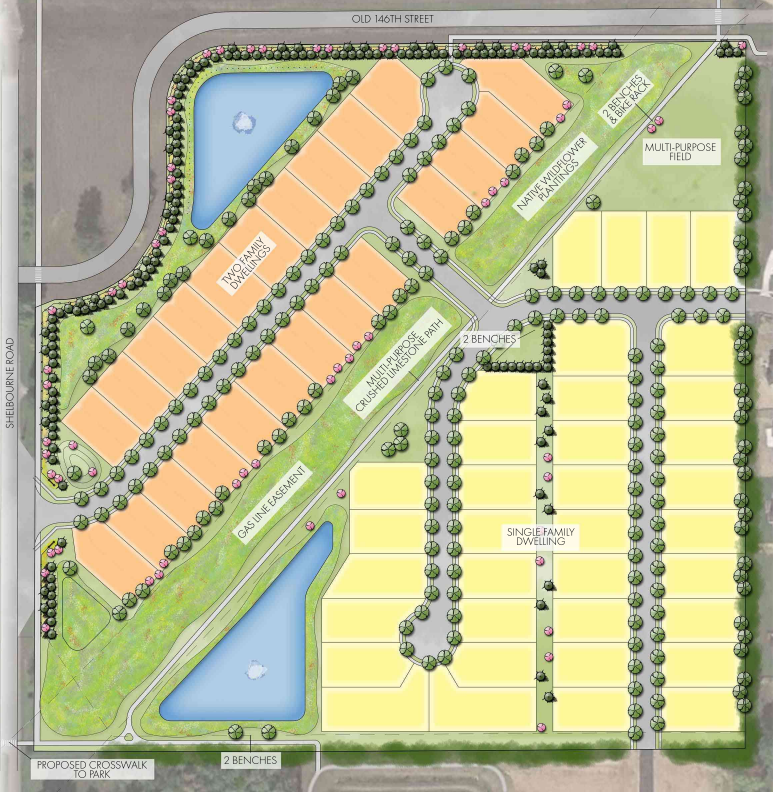 The Carmel City Council on April 19 voted 7-1 to rezone 37 acres on the southeast corner of 146th Street and Shelborne Road to accommodate up to 82 single-family and two-family homes.

Known as Albany Village, the neighborhood includes single-family homes along the east and south sides of the site with two-family attached villas on the northwest portion of the land. The council rezoned the land from S-1 residential to a planned unit development to accommodate more than one type of housing on the site.

“This is a premium piece of land. I feel like we’re settling by allowing attached homes with a monotonous look, in my opinion,” Campbell said. “I think it looks very cheap. If I voted in favor of this, I would be settling.”

Other councilors originally shared that concern but changed their mind after meeting with nearby homeowners and finding that very few thought a connection to 146th Street should be required in Albany Village.

“If the neighbors are happy, then I’m happy,” councilor Jeff Worrell said, adding that a connection to 146th Street could encourage motorists to use the new neighborhood as a shortcut.

Developers of the neighborhood will add a crosswalk on Shelborne Road to connect it with the future Bear Creek Park and create a linear park using open space through the middle of the neighborhood. Albany Village also will include a multi-purpose field with benches and bike racks.

Albany Village is being developed by Indianapolis-based Logan Group. Previously, the developers stated that the single-family homes are expected to start in the mid-$400,000s, with the two-family villas starting in the mid-$300,000s.