Like many events, the 35th annual Carmel Education Foundation Musical Showcase will shift to a virtual format amid the COVID-19 pandemic. 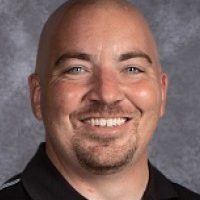 For the past 34 years, the Showcase has been an opportunity for elementary and middle school choral and ensemble groups to perform together. Smoky Row Elementary School Music Director Josh Southard is coordinating the event for the third year and will participate in it for the 13th year with Smoky Row’s Orff Ensemble. Orff Ensembles utilizes drumming, singing, playing instruments and incorporating movement to perform a piece and focuses on things children love to do, such as sing, play, move and create.

“The main challenge this year was recording pieces remotely,” Southard said. “Typically, we hold this event in one evening over at Carmel High School in the auditorium, but due to COVID restrictions this year, having over 600 students with audience members in one space would not have been the best choice. Thankfully, CEF and CCS were able to purchase really nice microphones for each school to use while recording, so that helped tremendously with sound.

“Bernie Szuhaj (from Shark Mouth Productions) and his team over at the high school have been doing a wonderful job and working hard to bring together all 16 recordings as well as emcee introductions and other videos that will go into the final production.”

Southard said there are 16 groups performing from 10 elementary schools and one middle school.

“Viewers will get a wide variety of music when they tune in,” Southard said. “We are thankful to the performing arts team at Carmel Middle for sharing pieces from a few of their groups this year, as it is always fun to see what the jazz band, choir and orchestra are doing. Many of the middle schoolers performed in the Showcase as elementary students, so we elementary music teachers really enjoy seeing how far they have come in their musical career, and just seeing how much they’ve grown since going on to middle school.

“From the elementaries, viewers will see Orff Ensembles and choirs.”

Southard said the groups began recording in February, with every school uploading their videos to a Showcase folder.

“We had the goal to get all of the videos in by mid-March so that the editing department would have plenty of time to get everything in order,” Southard said. “We are optimistic that next year’s Showcase will return to the high school with the community being invited to come in and watch.”

“The generosity of Fanning Howey’s matching donation is especially helpful this year as we rebound from the cancellation of events and fundraisers due to the pandemic,” CEF Executive Director Jennifer Penix said. “This support, as well as the grant we received from the City of Carmel, are invaluable to the Foundation’s ability to provide ongoing programming and resources to our schools. We are thrilled to have been able to adapt and present the Showcase this year and to expand our viewership beyond Carmel as grandparents, family and friends both near and far can tune in to watch their star perform.”

The Showcase will be streamed on CEF’s Facebook Live page, @CarmelEdFdn, and on the Carmel High School Performing Arts YouTube channel at the following times: 7 p.m. April 23, 2 and 7 p.m. April 24 and 5 p.m. April 25. For more, visit ccs.k12.in.us/foundation/events/showcase.