You are at:Home»Current in Carmel»Carmel Business Local»Fans, foodies line up early for the April 26 opening of Wahlburgers in Carmel 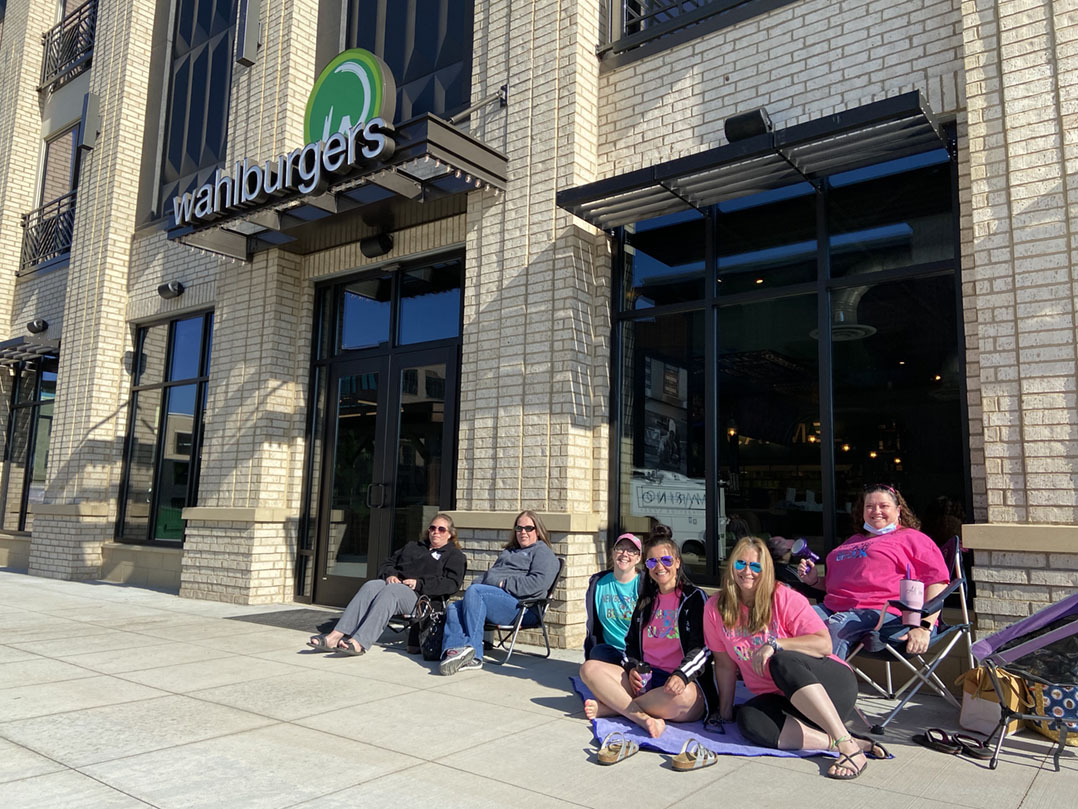 From left, sisters Katie Garrison and Melissa Hipskind, both Westfield residents, and Tammy Craig of Kokomo, Brooke Fitzsimmons of Martinsville, Sable Stewart of Indianapolis and Alison Isenhour of Brownsburg line up at Wahlburgers hours before its 4 p.m. opening April 26. (Photo by Ann Marie Shambaugh)

For four friends spread across central Indiana, it was the perfect reason to take a day off work and spend most of it waiting together on concrete.

The women arrived at Wahlburgers in Carmel around 9 a.m. April 26, approximately seven hours before it would open its doors for the first time. Clad in matching, custom-made “New Burger on the Block” T-shirts, they soaked in the beautiful spring weather as they waited — second in line — for dinner time.

“We would’ve been here rain or shine,” said Alison Isenhour, a Brownsburg resident who previously had to cancel a trip to Boston, where she had planned to try Wahlburgers for the first time.

The friends, who have attended New Kids on the Block concerts together, said it made sense to turn the opening of the first Wahlburgers in Indiana into a girls day out.

“You bond over this stuff over the years, and when you have a connection like we’ve had all these years to the band (New Kids on the Block), and they have an endeavor like a restaurant and it’s a really good, fun environment and a new thing coming to the city, we wanted to be a part of it,” said Sable Stewart, an Indianapolis resident and only one among the friends to have tried Wahlburgers previously. 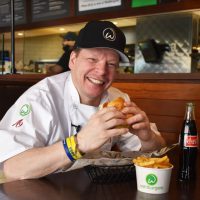 Chef Paul Wahlberg founded Wahlburgers, which he owns with his brothers, actors and musicians Donnie and Mark Wahlberg. (Photo courtesy of Wahlburgers)

The 4,000-square-foot restaurant at 1200 S. Range Line Rd. in The Proscenium mixed-use development was founded by chef Paul Whalberg, who co-owns the chain with two of his eight siblings: actors and musicians Mark Wahlberg and Donnie Wahlberg, who was also a founding member of New Kids on the Block. The restaurant and family were featured in the reality-TV show, “Wahlburgers,” which aired on A&E from 2014 to 2019.

The Wahlberg family wasn’t present on opening day in Carmel, but Paul Whalberg said he plans to visit the restaurant soon. The Carmel Wahlburgers, which is franchised, is the company’s first in Indiana and the 50th in the nation. It also has restaurants in Canada and Germany.

Paul Wahlberg said much of the menu was inspired by recipes he and his siblings enjoyed growing up in Boston, Mass.

“Getting that time to be together was huge for us. That’s the best part of our time now is when we have an opportunity for everybody to get together,” he said. “So having families be able to come in and share that experience together and find something they like and something they want to come back for, that’s our goal.”

The menu features a variety of burgers, appetizers, salads, crispy onion rings and a full-service bar. Most of the offerings are the same at each Wahlburgers location, but Paul Wahlburg — whose favorite menu items are the Our Burger, tater tots and a Coke — said he plans to add local flavors to the Carmel Wahlburger’s in the future.

“There will definitely be an Indiana feel to it very, very soon,” Paul Wahlberg said. “We want to get ourselves established and show people what they can expect there. Then we will definitely give it that hometown feel. I’m told if we don’t put a pork tenderloin sandwich on there, we are not part of the neighborhood.” 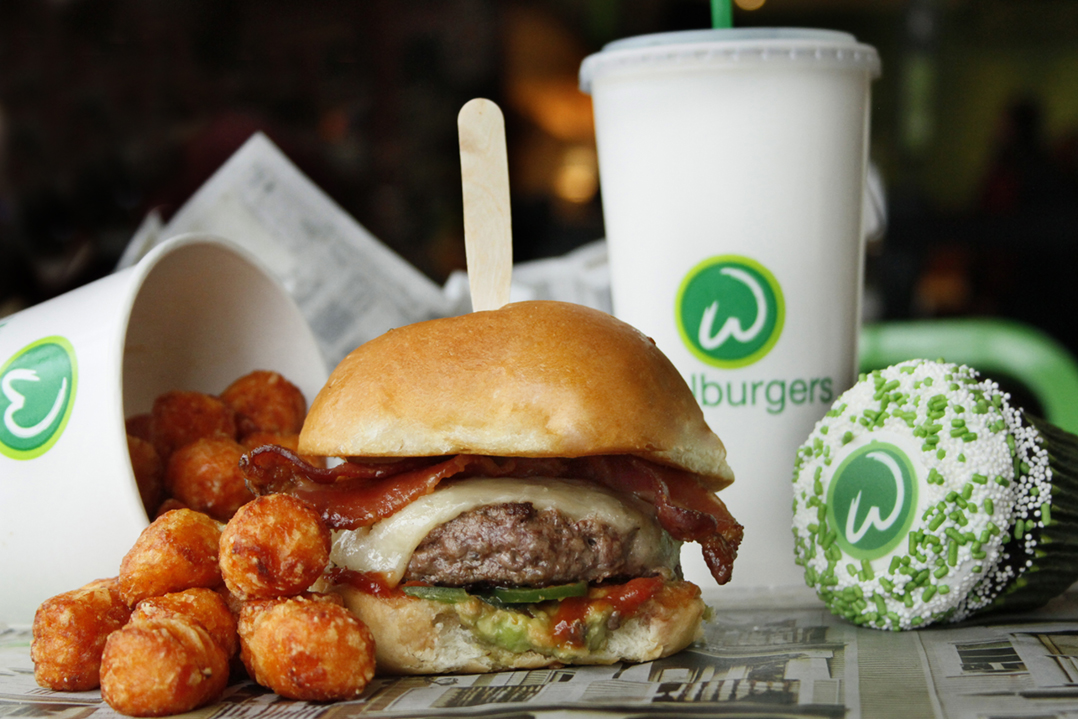 Sable, whose favorite menu item is the sweet potato tots, said she’s thrilled that she can now enjoy Wahlburgers without making a day trip.

“My boyfriend will say on the weekends, ‘We can drive over to Cincinnati and get you Wahlburgers if you’d like,’ and now it’s here,” she said. “We can go whenever we want now, so that’s pretty cool.” 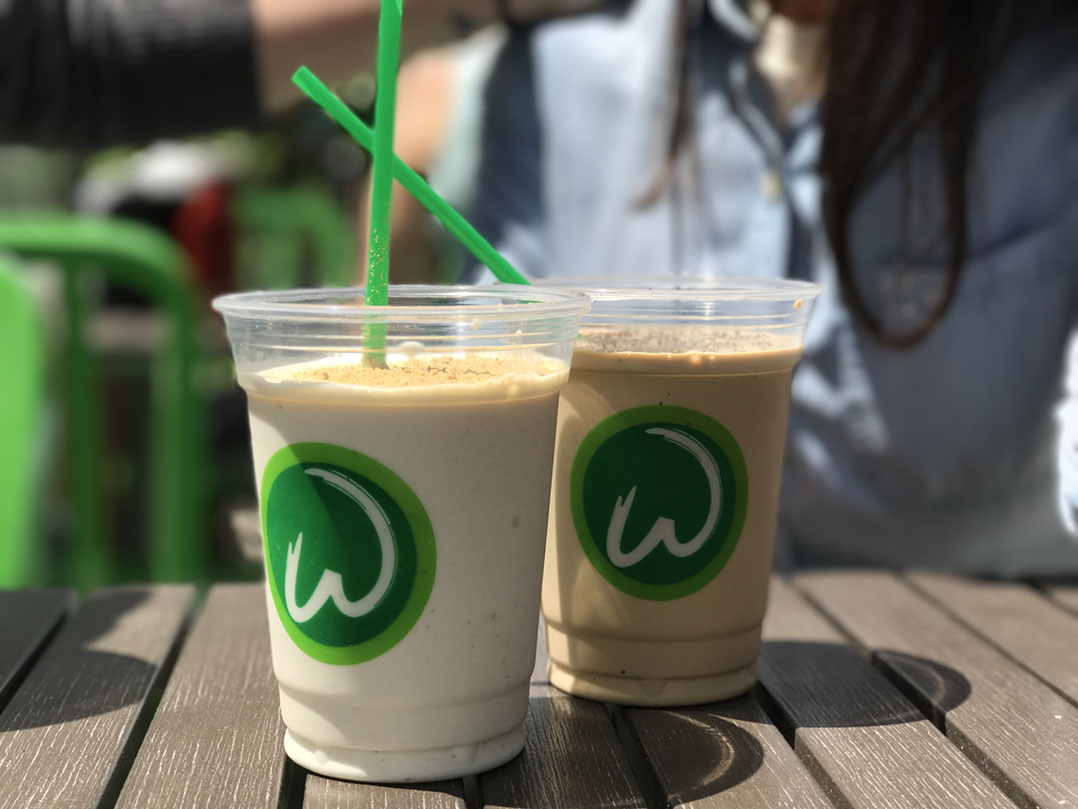 Wahlburgers offers a selection of milkshakes. (Photo courtesy of Wahlburgers)