You are at:Home»Current in Carmel»Carmel Education»Carmel schools officials refute parents’ concerns about critical race theory being promoted in schools

Clarification: This story has been updated to clarify the context regarding the situation that led to a Carmel High School student being bullied online.

Several parents of students in Carmel Clay Schools attended the April 26 school board meeting to express concern about the recent creation of a diversity, equity and inclusion officer position and what many said they perceive as critical race theory being promoted in schools.

Later in the meeting, CCS officials said many of the concerns were based on misinformation and that the district does not teach critical race theory, which promotes the idea that white supremacy is enabled through the U.S. legal system.

Approximately a dozen parents and grandparents shared their thoughts on the matter, with most sharing concerns about the direction of the district. Several ended their comments with “Not my child, not my school!” as others in the crowd cheered and applauded. Six speakers were not permitted to address the school board, because the time limit for public comment had been reached.

Among the speakers was CCS parent Kelly Moulton, who said Carmel High School “has been absolute hell” for her daughter after the then-freshman “stood up for her beliefs” and shared that she disagreed with a policy that allows transgender girls to use the girls restroom. This resulted in the transgender student taking to social media to publicly bully Moulton’s daughter, who was called names and told to kill herself, Moulton said.

Moulton said she did not feel the school supported her daughter during the ordeal.

“The goal may be to eradicate hate by fighting intolerance, which sounds great and I believe we all want, but who determines what hate and intolerance look like? Who hands down the verdict of hate or bigotry? Are we dividing and destroying our schools with the ill-fated pursuit of equality?” Moulton said. “By not valuing diversity and all lifestyles and thought, by giving labels and powers to these ideologies, CCS is creating more division and empowering certain groups to terrorize those who don’t think or act like them.”

She said children deserve a fact-based education rather than political agendas or indoctrination.

“Teachers are here to teach our students to read, write and arithmetic, how to study hard and do their best, no matter their gender, skin color or sexual orientation,” Moulton said. “Children need to be taught to think for themselves, not what to think.”

Later in the meeting — before a presentation by the DEI officer and after nearly all of the crowd had left — CCS Supt. Michael Beresford said that many of the parents’ concerns were based on untruths. He said the DEI officer is not involved in selecting or developing curriculum and that critical race theory is not being taught in the classroom.

He said he agreed that teachers should teach kids how to think, not what to think.

“That’s precisely what our teachers do,” he said. “It’s to build a skill set, a way to weigh and balance information, to be able to have civil discourse to grow and learn as young people who are going to go into a diverse and global world.”

He said he was most troubled by the allegations that CCS is promoting the idea that certain students should feel shame because of their race.

“People somehow think DEI work is built on guilt and shame, that it’s to guilt and shame white people or guilt and shame people for some agenda. That’s not going to make a positive difference in anyone’s life,” he said. “We are completely against anything that would promote guilt and shame in white students or white teachers. We wouldn’t wish that on any human being, regardless of race, culture or religion. … We want every student to feel welcome and that their identity is safe in their classrooms.” 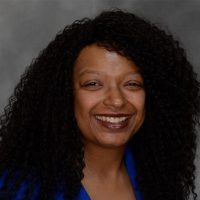 Before giving a report on DEI initiatives, DEI Officer Terri Roberts-Leonard said she believes most of the concerns presented at the meeting were based on misinformation.

“The good thing about this evening was that most of what people were upset about is not true, so once we can get the truth out there, maybe some of that rage will subside,” Roberts-Leonard said. “We have no hidden agendas. I’ve never questioned if parents know what’s best for their children.”