You are at:Home»Current in Fishers»Fishers Business Local»Shake Shack opens in Fishers District 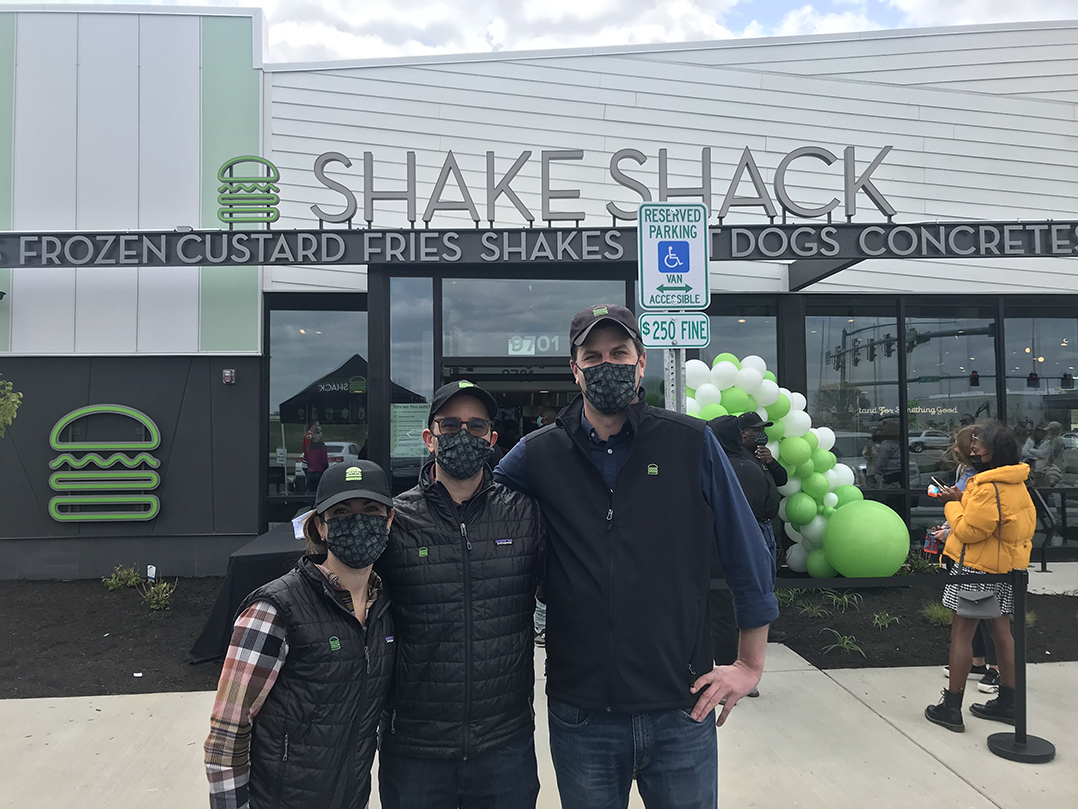 From left, Hannah Yoffa, Mike Iaia and Stuart McLaren celebrate the opening of the first Shake Shack in Fishers, which also is the first in Indiana. Yoffa is the regional marketing manager, Iaia is the regional vice president and McLaren is the general manager of the Fishers location.

The new Shake Shack at 9701 E 116th St. in the Fishers District opened April 22. The first person got in line at 8:30 a.m. The line eventually grew to about 70 people for the opening day for what also is the first Shake Shack in Indiana.

“We knew (the reception) was going to be big,” said Stuart McLaren, general manager of the Fishers location. “Any time we open a new market, it’s always pretty big. Definitely once we got settled here and saw the Fishers District, saw Fishers, this community, we realized it was going to be even bigger than expected.”

Shake Shack began as a hot dog stand in 2001 in New York City. It was part of an effort to rejuvenate Madison Square Park. Twenty years later, the company has nearly 300 locations around the world without franchising.

The new Fishers restaurant has a feature no other Shake Shack has.

“The most exciting thing about the Fishers Shack is it’s our first new Shack opening with the pickup window Shack Track option for guests,” said Hannah Yoffa, Midwest regional marketing manager. “So, that means you can go on the app and pick ‘drive-up-window.’ You don’t need to get out of your car. You can order your food and you’ll get a text when your food is ready, then you just drive around and pick it up on your way.”