Moffett presented on the Midland South planned unit development, which consists of 49 for-purchase townhomes in the northwest quadrant of Union Street and Roosevelt Street.

Moffett said some adjustments were made to the project after meeting with the Advisory Plan Commission.

“The primary concern raised was our relationship with the Midland Trace trail and how we would interface with that,” Moffett said.

Moffett said he reapproached the APC requesting a change of the buffering between the development and the trail to a 25-foot setback, with a 15-foot requirement of green space with trees.

Moffett said the development also added a sunset clause to the ordinance, stating that if the developer doesn’t start construction within five years, the ordinance will expire. 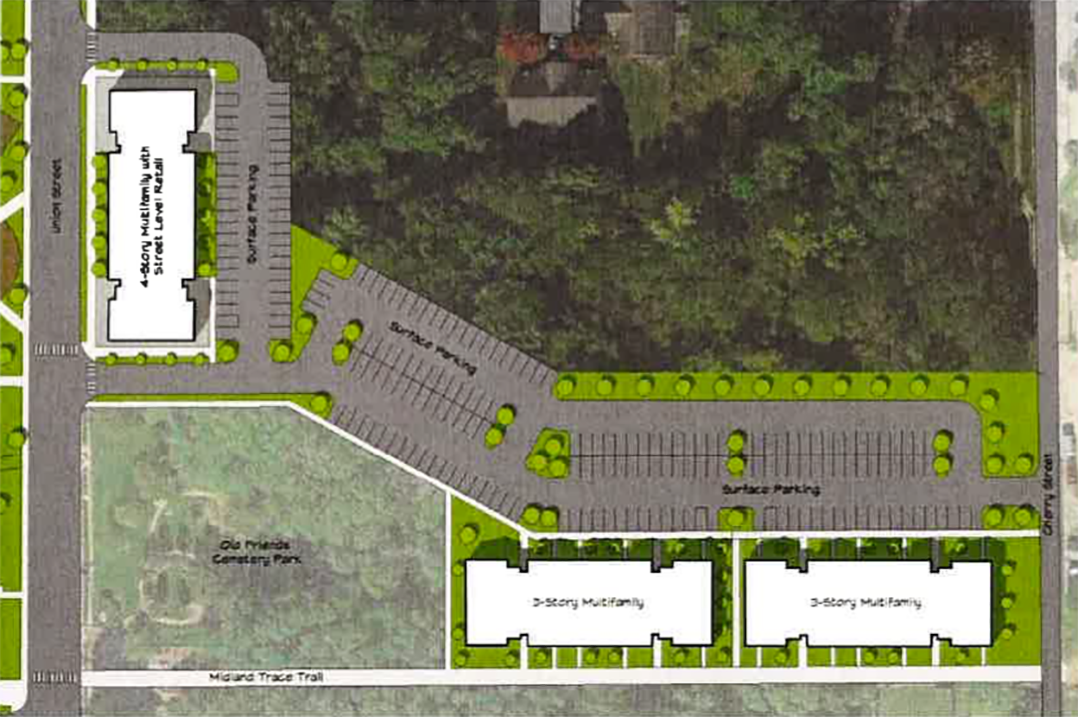 The amendment to the Union Square planned unit development allows for the construction of a mixed-use development with multi-family and commercial uses.

The second agenda item was an amendment to the Union Square planned unit development, which is on 5 acres north of the Midland Trail and east of Grand Junction Plaza. The proposal would consist of a mix of multi-family housing and main-level commercial on Union Street facing Grand Junction Plaza.

Moffett said similar adjustments were made to set the building back 25 feet from the trail and include a 15-foot landscape buffer. He also said the development would not exceed four stories.

“Any time you talk about a downtown experiencing a renaissance, we are always having to talk about context sensitivity and how to transition from newer higher density uses to existing residential,” Moffett said.

A five-year sunset clause also was created for the ordinance.

“If we haven’t started by then, there’s a problem, and we would be coming back to council, anyhow,” Moffett said.