You are at:Home»Current in Zionsville»Zionsville Cover Stories»‘Ceiling is broken’: Williams believed to be Boone County’s first Black elected official

Aaron Williams, 35, of Zionsville, was elected by an April 15 caucus to the Boone County Council, making him who what is believed to be the county’s first Black elected official in its nearly 200-year history.

“Some individuals have shared with me that I’m the only Black (person), African American (elected official) in Boone County, and that I may be the first,” Williams said. “It’s humbling within itself. It means a lot. It’s not what I campaigned on or something that I will ever campaign on. But I would say it’s an extreme honor. It’s humbling, but it goes to show that minorities are just as capable, qualified and competent. And if there ever was a ceiling, the ceiling is broken.”

Multiple Boone County officials confirmed Williams is likely the first Black elected official in the county, though no official records have been kept on such matters, they said.

On March 17, Steve Jacob, the council’s then president, died unexpectedly at age 73 because of health complications. A caucus was held to fill the vacant seat. Williams was unanimously chosen as Jacob’s successor.

“I was asked by some individuals to consider it,” Williams said. “I did that. I prayed about it first, then spoke to my wife to see how she felt about it. We took it from there, filed paperwork.”

But before filing the paperwork, Williams said there was one person he wanted to speak with – Steve Jacob’s son, Jeff Jacob.

“I just wanted to see where he was at, because I knew his father and him were obviously close,” Williams said. “He and his family have a reputation of being servants and helping out in the community, and I wanted to just get Jeff’s perspective on if he was intending to run or not. And I said all along that if Jeff wanted to run, I would not run, and I would, instead, support him 100 percent.”

Jeff told Williams he had no intentions to run and gave Williams his blessing, something Williams said deeply affected him.

“I just let him know, ‘Hey, I’ll never be able to replace your father, but I can start immediately building on the foundation and legacy that he built,’” Williams said.

Williams’ bid for the vacant seat was his second time venturing into politics. As a 25-year-old Republican candidate and resident of Marion County, he vied for a vacant city-county council seat in a 2010 special election. He was not chosen, but he said the experience did not deter him.

“I’ve been very involved with the Republican Party for more than 20 years, working on numerous campaigns, being a precinct committeeman, award chairman,” Williams said. “I didn’t win, but I’ve always had a heart for public service and wanting to give back, and I believe in God’s divine timing. I think it was his favor that allowed this opportunity to come to fruition.”

As a Boone County council member, Williams plans to be an advocate for public safety, fiscal responsibility and the rights of Boone County residents. He believes law enforcement agencies in the county need to be properly funded to create a safe community.

“We need to make sure, from a resource standpoint and a support standpoint, they get that from the county council,” said Williams, a client executive at Google. “If you have a strong public safety foundation and a strong core within your community, it naturally drives economic development opportunities because companies and individuals want to move here. Companies want to bring their headquarters here. They want to open up offices here.

“When you drive that economic development, you inevitably have a strong tax base, and that tax base allows you to improve your infrastructure and improve school funding.”

Boone County Council President Elise Nieshalla said Williams brings “an insightful perspective with his expertise in technology and experience both in the private and public sectors.”

Williams wants his time on the council to serve as inspiration for other minority residents who might be hesitant about seeking elected office. 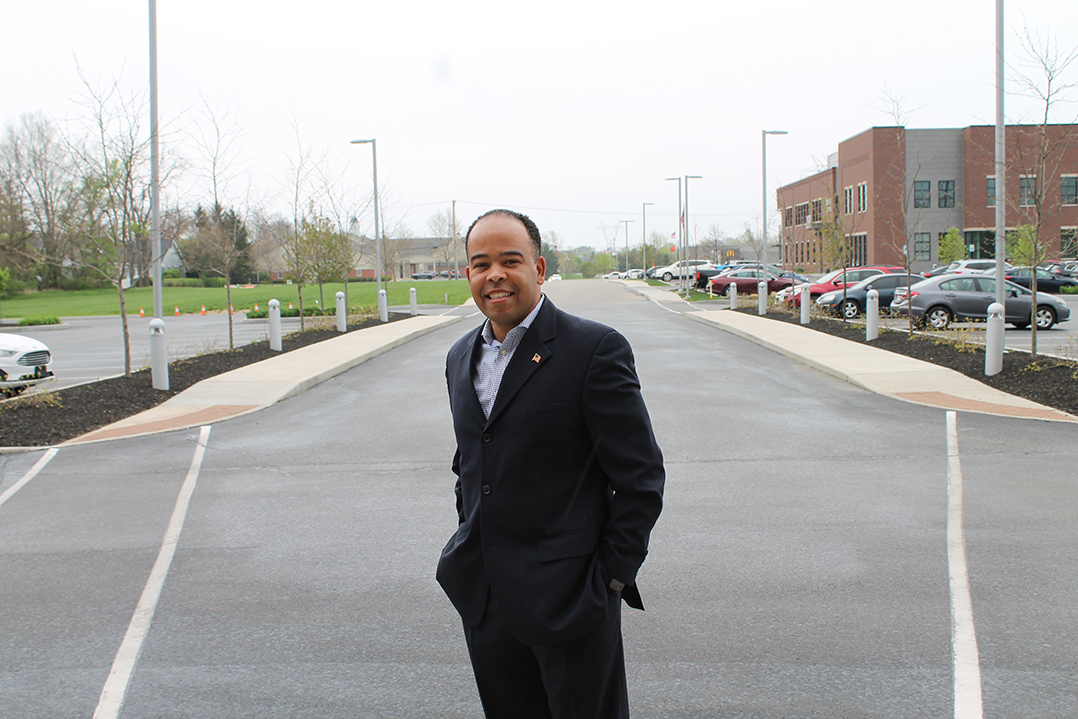 Besides his new role as a Boone County Council member, Aaron Williams will hold another title after he helped found Boone County Racial Diversity Coalition nonprofit on March 26.

The coalition’s mission is to improve diversity, belonging and inclusion in the county, and Williams will serve as the chairman of the coalition’s board, which will include high-ranking representatives from the Boone County Sheriff’s Office, Zionsville Police Dept., Lebanon Police Dept. and the Whitestown Municipal Police Dept.

“It came about from multiple folks in the community who live and work within Boone County, following what happened with George Floyd and, even really, prior to that,” Williams said. “We wanted to know, how can we help make sure Boone County is a welcoming community?”

Williams said the coalition, by opening a dialogue between law enforcement, minorities and other residents, can create a “more welcoming community.”