You are at:Home»Current in Carmel»Carmel Cover Stories»Runs in the family: Firefighter Renee Butts enjoys working alongside husband, son at CFD

In 1997 Renee joined the Carmel Fire Dept., where she worked alongside Joe Butts, the man who would become her husband in 2002. Five years ago, her son, Drew, became a CFD firefighter as well.

Renee and her son have never been on the same crew, meaning their 24-hour shifts typically weren’t aligned. But when Renee would pick up an overtime shift, she would often request to work with Drew at Station 45.

“I never dreamed when I got hired 24 years ago that I would be working on the same piece of equipment as my son. That’s so surreal,” she said. “It’s crazy, and I could not be more proud. It sounds so cheesy when I say it, but I love it. Those are the best days of my career.”

In April, Renee became the CFD public education officer, an administrative role that comes with regular office hours. It was tough to leave the firehouse, she said, but she’s excited about her new role of teaching children about fire safety and assisting community members in a new way — especially since her new office is housed in the same building as Station 45.

The road to CFD

Renee, 52, grew up in Romney, a tiny unincorporated community near Lafayette, the youngest of four daughters. Her father was a volunteer firefighter, and she enjoyed hearing his stories and occasionally going on runs with him. But firefighting wasn’t her first career choice.

After graduating from McCutcheon High School and attending Purdue University, she took a job as a control center clerk at St. Vincent Hospital in Carmel, where she worked alongside then-CFD Chief Doug Callahan, who was an overnight security guard. Eventually, she decided she wanted to give firefighting a try and had her heart set on Carmel.

So, it was especially painful when she went through the application process and didn’t make the cut.

Soon, however, another firefighter got injured and couldn’t return to duty, and because Butts was already an EMT, she was CFD’s first call. She accepted immediately.

One of the guys

Renee, who said she grew up in “a small town full of boys,” wasn’t the first female firefighter in Carmel, but she was among the very few, especially at first. But that’s never been an issue, she said.

“I’ve never been mistreated, not one time. I just wouldn’t tolerate that,” she said. “They’ve never treated me any different. I know if somebody doesn’t like me, it’s not because I’m a girl, it’s because our personalities don’t match, and I’m OK with that.”

She said all new firefighters — male or female — have to prove themselves able to work on their crew. She recalled one of those moments for her, when she was tasked with helping to carry a very large man down six flights of stairs after a construction accident.

“I would’ve let my arms fall out of their sockets before I would’ve let go,” Renee said. “When I got down, I couldn’t un-grip my fingers. (Then a veteran firefighter) gave me one of the best compliments of my career. He said, ‘You can work with me any day.’ It wasn’t because I was a girl, but because I was brand new, and he wants to see what you’re made of.” 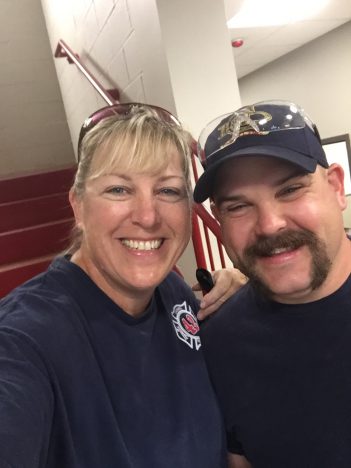 CFD firefighters Renee Butts and her son, Drew Butts, pause during a shift they worked together. They don’t usually work the same shift, but they take a selfie each time they do. (Submitted photo)

‘They all get it’

Renee had two school-age children when she joined CFD, and the 24-hour shifts made finding child care a challenge. She knew that her schedule would cause her to miss some birthdays and holidays, but her kids were understanding.

“They loved the fact that I was fulfilling my destiny,” she said. “They just embraced it.”

Drew, 32, a Marine veteran, has fond memories of spending special days with his mom’s co-workers.

“Growing up, I looked forward to Thanksgiving or Christmas at the firehouse,” he said. “It’s just one big family. Everybody’s there.”

Joe, a 39-year CFD veteran and the only remaining firefighter to have worked for all of the department’s chiefs, said it’s nice having so many immediate family members who understand the challenges of the job.

“When you’re up four times after midnight on runs and you come home and it’s like, ‘I’m dragging,’ they all get it, because they’ve been there,” he said.

The Butts family is close-knit outside of the firehouse as well. Renee and Joe live just down the street from Drew and his family in Sheridan, and they operate a landscaping business when they’re not on duty. Because of their different schedules, they make it a priority to be together when they can.

“We understand time is limited and we do miss things, but the time we have together, we don’t take for granted,” Renee said. “It is special.” 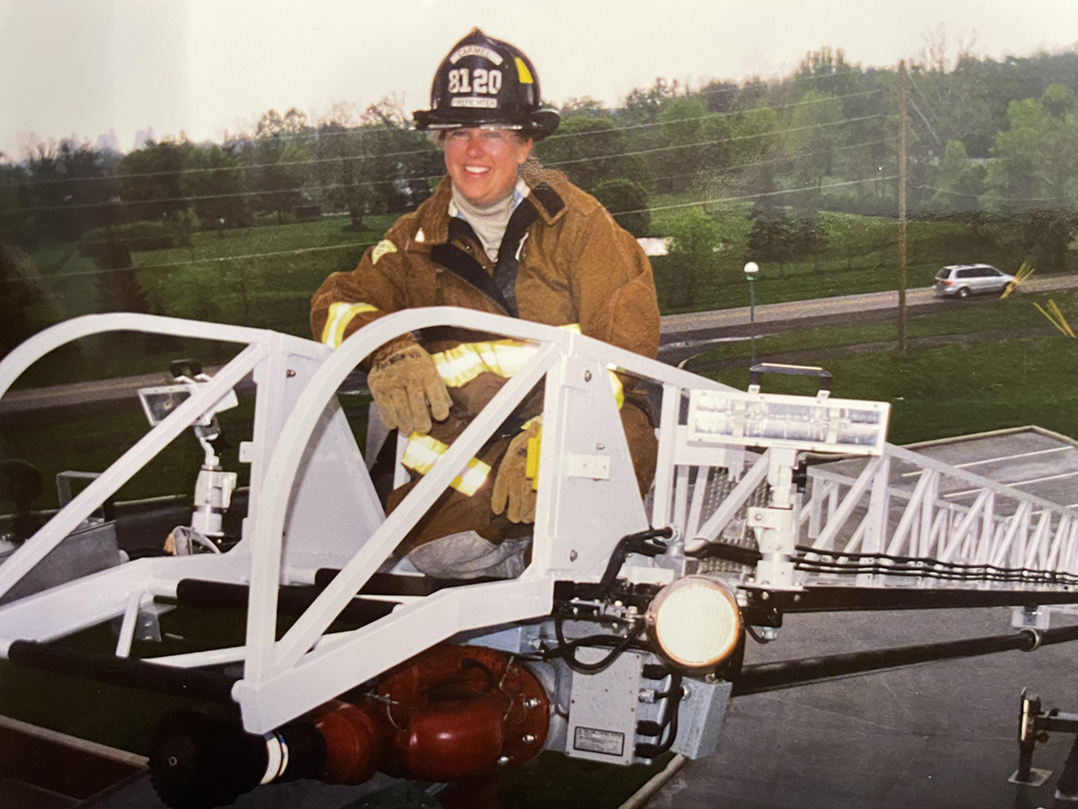 Besides her job at the Carmel Fire Dept., Renee Butts is president of the CFD Auxiliary, a member of the pension board and a board member for the Chief Swails Education Fund. She also volunteers with the Community Assistance Program and fundraises for the Hoosier Burn Camp.

Best experience ever: Being a grandparent

Must always: Pre-wash the dishes

Goal: Run a half-marathon in every state

Fun fact: Learned how to ride a motorcycle at age 6