A speed study conducted by the Town of Zionsville determined the 45 mph speed limit on Sycamore Street, one of the town’s primary entryways, is appropriate for motorists. As a result, the Zionsville Town Council won’t reduce the speed limit.

In October 2020, the homeowner’s association of Raintree Place conducted a survey of residents in the neighborhood, asking if they would be in favor of reducing the speed limit on Sycamore Street. When the survey revealed the majority of Raintree Place residents favored the idea, the homeowner’s association petitioned to lower the speed limit, asking the town establish “a consistency with speed limits entering and exiting the town, providing increased safety for Raintree residents entering and exiting our neighborhood and eliminating unnecessary acceleration of vehicles over this .9 mile stretch of road.” 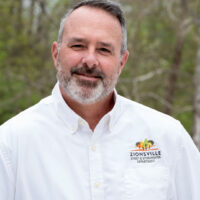 At the request of town officials, Lance Lantz, the town’s director of public works, was asked to conduct a speed study of Sycamore Street to see if the town council needed to reduce the speed limit. A speed study captures data of car speeds on the roadway during a given time, and the data is used to infer whether the roadway’s speed limit should increase, stay the same or be decreased. Lantz said Indiana guidelines suggest speed limits be within 5 percent of the 85th percentile speed of cars on the roadway.

“What this means, basically, is that 85 percent of the world travels at a safe or reasonable speed for any given roadway,” Lantz said. “We found in each location that the 85th percentile speed was right about 5 miles per hour faster than the posted speed limit.”

Lantz told the Zionsville Town Council during an April 19 meeting that based on the speed study’s results, Sycamore Street has an appropriate speed limit. He said that if the council were to take action to change the street’s speed limit, data would suggest increasing it.

“I don’t think that’s where anyone wanted to go with this, and that is certainly not my recommendation,” Lantz said.

“If there are concerns about speed, Mr. Lantz goes through a process, and based on that study makes a recommendation,” Garrett said. “Me, personally, I vote based on that recommendation. I think if we do otherwise and arbitrarily set speeds, it will just turn to chaos.”