Melissa Manchester has been performing for more than 50 years, so the COVID-19 pandemic halting performances in March 2020 has been difficult. 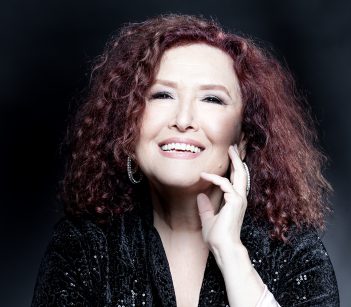 Melissa Manchester will appear with Michael Feinstein in two shows May 15 at the Palladium in Carmel. (Submitted photo)

“I think like various people I went through stages of experiencing this tremendous shutdown of our society,” said Manchester, who is based in Los Angeles. “I was thrown into an abrupt retirement, so to speak. I had to deal with the grief. The struggle was to stay present and not deal with the past or future and just take each day at a time.”

It helped that the singer/songwriter had a 24th album to work on called “Re:View,” which features fresh takes on several of her classic songs and some previously unreleased songs.

The album is expected to introduce a new audience to her big hits and help regain streaming rights by re-recording her songs.

“Because we are in precarious times, there was an opportunity to roll this out slowly, one a month,” Manchester said. “In order to do that effectively, we’ve come out with a video per song. We’ve been doing that since last September. We’ll continue on it until we have an album.”

Manchester, 70, will make her first live performance since the pandemic hit along with Michael Feinstein at 3 and 8 p.m. May 15 at the Palladium at the Center for the Performing Arts in Carmel. Tickets are sold out for the evening show, but a livestream is available. Feinstein and Manchester were originally supposed to perform together in the spring of 2020 before the pandemic.

“I’m very cautiously optimistic,” Manchester said. “I love my dear friend Michael Feinstein. Michael and I have performed together many times. It’s wonderful when Michael and I share the stage. We do sing some songs together and that’s very lovely.”

Manchester visited the Palladium to teach at the Songbook Academy. This will be her first concert at the Palladium.

“The hall is as beautiful as can be,” she said.

Manchester became the first recording artist in the history of the Academy Awards to have two nominated movie themes in a single year, “Through The Eyes Of Love” from “Ice Castles” and “I’ll Never Say Goodbye” from “The Promise,” and to perform both songs on the Oscar telecast.

Nominated for a Grammy in 1980 for “Don’t Cry Out Loud,” she won the Grammy Award for best female vocalist in 1982 with “You Should Hear How She Talks About You.”

Manchester also co-wrote the radio mainstays “Midnight Blue,” “Come In From The Rain” and “Whenever I Call You Friend.”

“I feel very grateful that I’ve grown into these songs,” she said. “They’ve become living monologues for me, and I never get bored singing them. For the ones I’ve written, I’m amazed I knew so much because it’s such a long time ago. It’s a privilege to see how much they’ve met to the audience and they were so much the musical landscapes of my fans. It’s very touching.”

Manchester said the video for “Midnight Blue” is a “musical conversation of present me and older clips of when I was first performing it in the 1970s.”

Manchester has acted at times through her career. In 1993-94, she acted in 10 episodes of “Blossom” as Blossom’s mother.

“Acting is not something I really pursued,” she said. “I had to replace Bernadette Peters for the national tour of ’Song and Dance.’ I had done a piece of the tour on Andrew Lloyd Webber’s ‘Music of the Night.’ I could have pursued that more, but my track was really to be a concert performer and songwriter.”

Manchester composed music for the animated features “The Great Mouse Detective” and “Lady And The Tramp II,” the sequel to the Disney classic.  She also composed the scores for the theatrical musicals “I Sent A Letter To My Love” and “Sweet Potato Queens.”