You are at:Home»Current in Zionsville»Zionsville Cover Stories»One tree at a time: Zionsville honors late public servant, conservationist for contributions

Since her death in January 2018, Funkhouser has been remembered as a town servant and a primary catalyst in the town’s efforts to sustain its woodlands. She spent 16 years as president of the Zionsville Plan Commission and was vice president of the town’s board of zoning appeals before that. She also was a member of the town’s historical society at the SullivanMunce Cultural Center. 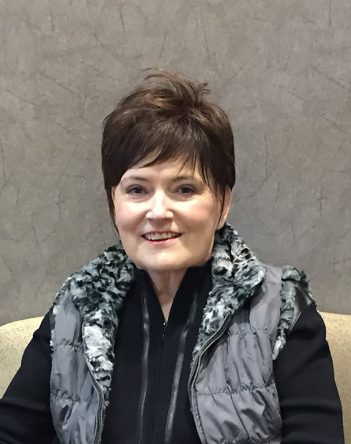 Lana Funkhouser was remembered by Zionsville officials and residents during an April 29 ceremony. (Submitted photo)

In 2002, the Zionsville Chamber of Commerce presented Funkhouser its Town Crier Award, an annual honor that recognizes a town resident for contributions to the community. Funkhouser also founded the Town of Zionsville’s People of Zionsville for the Aesthetics of Zionsville committee, known as PZAZ. The committee, which consists of volunteers, promotes urban forestry and streetscape beautification in Zionsville, causes that were dear to Funkhouser, those who knew her said.

On April 29, a tree dedication ceremony was held at the Zionsville Town Hall Plaza to honor Funkhouser and her contributions to the town.

“We had started talking about this last year, but obviously, because of COVID, it wasn’t something we were ready to pursue, because we needed to be able to bring people together to honor this amazing community spirit and leader in person. This was not a Zoom event,” Styron said. “She has touched so many lives, and most people don’t even understand it. My family moved here 21 years ago because of the beautiful trees and preservation of natural land that she played such a fundamental role in years and years and decades before we moved here.”

Funkhouser’s sister, Sally Perlstein, spoke at the ceremony. She said “the Town of Zionsville meant everything to Lana.”

“I think that Lana is just a true civic leader, and everything that she did really emotes that,” Perlstein said.

Greta Sanderson, a member of PZAZ, said she first met Funkhouser when the latter was president of the Zionsville Plan Commission.

“She ran those meetings with grace and understanding, but there was no doubt who was in charge,” Sanderson said. “Then I heard about this group she was putting together with the town named PZAZ. As a native of Zionsville at a time when the town was just beginning to experience its potential, Lana was keenly aware of the town’s need to preserve the town’s roots as it grew.”

Funkhouser graduated from Zionsville High School, where she was a cheerleader and prom queen. She later graduated from Indiana University with a Bachelor of Science in human resources administration. She spent more than 40 years in hospital administration, beginning in 1972 at UCLA Medical Center in Los Angeles, according to her obituary. She returned to Indiana in 1974, where she continued her career at St. Vincent Hospital in Indianapolis. In 2003, she helped found the Clarian West Medical Center, which became IU Health West Hospital.

Lance Lantz, the town’s director of public works, worked with Funkhouser for many years. He said she was akin to a mentor when he first joined the public sector.

“She possessed that personality trait that allowed her to get things done and command a presence while not making you feel like you were being commanded,” Lantz said. “She was just passionate about (preservation). It was important to her. It was who she was.” 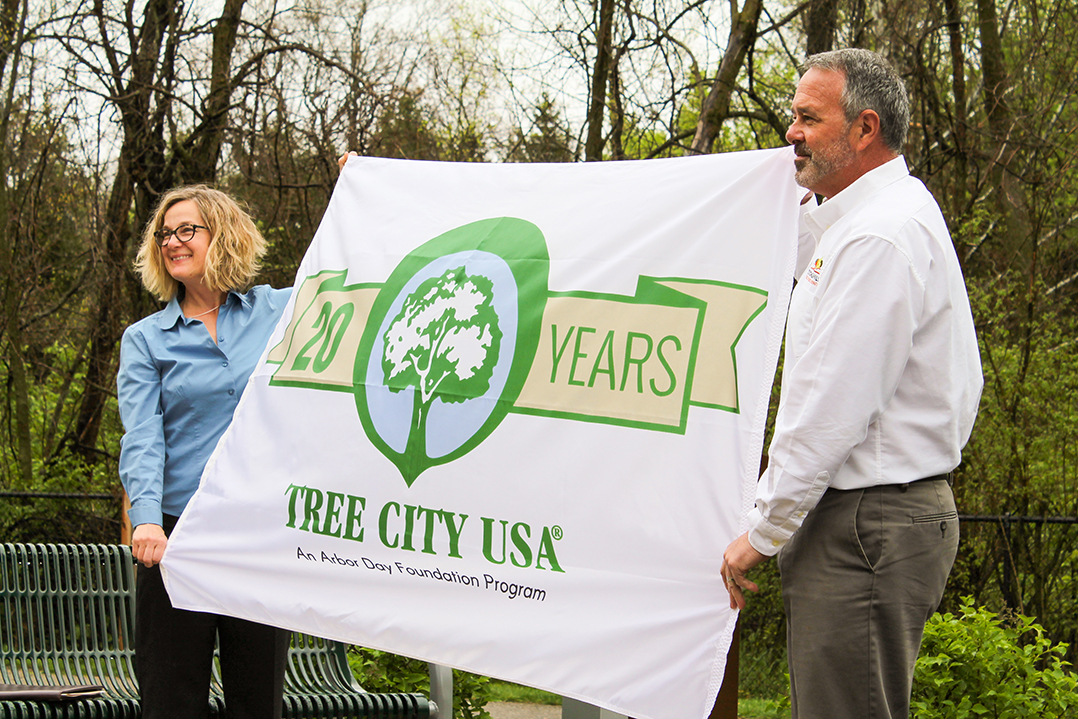 The Arbor Day Foundation, in partnership with the U.S. Forest Service and the National Association of State Foresters, sponsors the Tree City program, which recognizes communities’ commitments to effective urban forest management.