Hamilton County’s new Broadband Task Force is asking the public to fill out a survey to explore connectivity issues within the county. The survey will help the task force identify areas where broadband connections are weak or nonexistent. 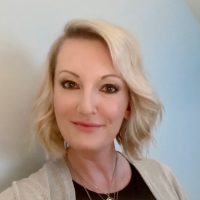 “The pandemic has shown us just how important it is to have county-wide connections to do schoolwork, work from home or manage a business,” Hamilton County Council president and task force member Amy Massillamany stated. “While the majority of our broadband concerns are located in the northern part of the county, this survey will help us identify other pockets where we could use a boost.”

The survey opened May 11 and is available at surveymonkey.com/r/HamCoBroadband. It will remain open for three weeks. Hamilton County’s school districts will be sending information home with students about the survey.

The State of Indiana has encouraged counties and regions to use the results to create their own broadband maps with support from Purdue University. Federal and state dollars may soon be available to address the issues.